It seems that for the past two years, we’ve had our heads in the stars… studying space. Even our family Netflixing is centered around Star Trek!

So it’s probably no surprise that as the iHomeschool Network celebrates some noted historical figures born in August, I’d choose to commemorate one of our favorite space personalities – Neil Armstrong! 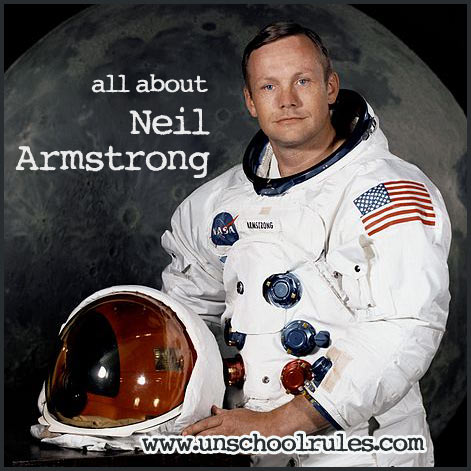 All about Neil Armstrong

Neil Armstrong was born Aug. 5, 1930, in Ohio. (Yes, I’m celebrating two Ohioans this month – Annie Oakley being the other!)

Disclosure: This post has some affiliate links. I only link to things we legitimately use and recommend, so if you see such a link, it's because we really do believe in the book or item!
Armstrong is best known for being the first person to walk on the moon (as part of the Apollo 11 mission with Buzz Aldrin and Mike Collins), but his original career choice was not in spaceflight.

His goal, actually, had been to be a test pilot, and he was a great one, reaching records in both speed and height for the time and, over the course of his career, flying more than 200 different types of aircraft.

He also served as a Navy pilot during the Korean War, flying 78 missions over Korea. In 1962, he was invited by Deke Slayton to join NASA as part of the “New Nine,” or second set of astronauts.

While his Apollo 11 moon-landing mission was probably the most commonly remembered, Neil Armstrong went into space earlier as part of the Gemini 8 crew; that mission went up in 1966 and involved docking two spaceships together while in orbit. A critical systems failure required the mission to be aborted after only a few hours, but Neil (and the rest of the crew) thought quickly and all survived.

We’ve watched footage of the landing many times, and heard and read many stories that say that Neil Armstrong intended to say “That’s one small step for a man, one giant leap for mankind,” but recordings have always seemed to indicate that he dropped the “a,” which kind of messes with the meaning a little. Just in the past few months, however, research by linguistics experts seems to think it might have been there after all!

When Armstrong passed away on Aug. 25, 2012, America lost one of its greatest pioneers. Always a humble and private man (perhaps even MORE so after the famous landing), it was fitting that his burial at sea was relatively private, but the photos I saw from it touched me deeply.

Much more about space exploration 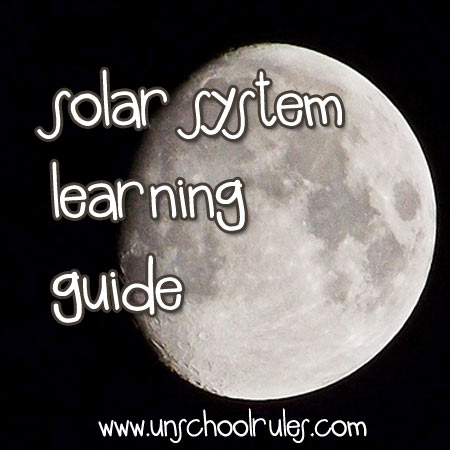 Space exploration is a topic that we spent a LOT of time reading, watching and otherwise learning about in recent years.

If you’re interested in digging deeper into this topic, please check out To the moon and back: Best resources for solar-system study.

That learning guide post that wraps up so many of the great books, movies and trips we found valuable!

I admit it – we’ve talked SO MUCH about space that it’s almost hard for me to boil down our questions to a few interesting bullet points you might want to discuss. That said, here are a few of the many!

And thanks for stopping by to help me wish Neil Armstrong a happy birthday!

3 thoughts on “A birthday celebration: Small steps and giant leaps from Neil Armstrong”