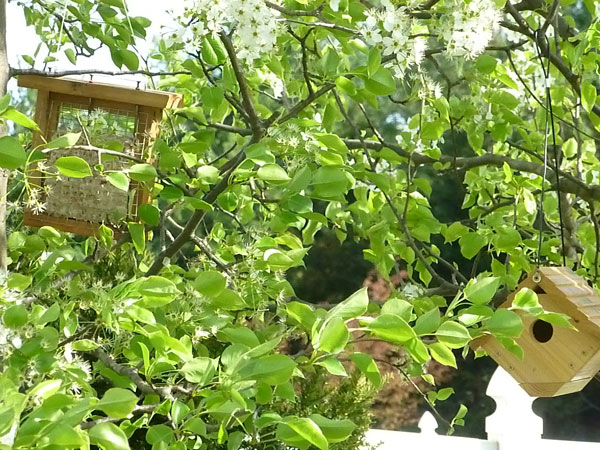 Even though it was a little windy and just slightly chillier than I’d like, today was one of those days where I looked around our neighborhood and thought: “This is beautiful.” The ornamental pears and other trees were blooming; birds were everywhere; everyone’s grass was freshly mowed; and even the “weeds,” like dandelions near the mailboxes, were cheerful and bright. 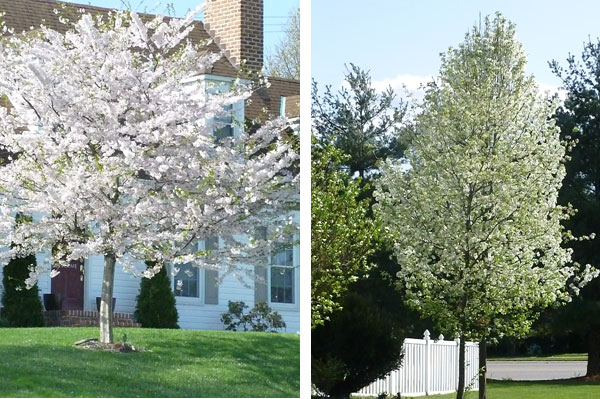 We moved our cars out of the driveway and Ashar showed me how to play “ball hockey,” the game she thought of yesterday. We used a miniature Hershey Bears hockey stick and a Phillies baseball bat as our “sticks” and had to get a combination of balls of various sizes and weights past each other’s goal lines. It incorporated some soccer and a little bit of basketball, too.

Believe it or not, it was pretty fun – and great exercise. After several rounds, made progressively more difficult by the wind, we took a break to walk the loop around our neighborhood, checking out the birds, identifying different types of garden flowers and chasing the petals of the pear trees as they fluttered around.

That’s my kind of “gym class.” In fact, Ashar, who normally hates not to win at games, didn’t even mind when I scored the winning goal, because we were just having so much fun being active and being outdoors together.

Inside, her huge interest today was sparked by the April edition of National Geographic arriving. Its cover story is about the sinking of the Titanic, and we spent HOURS reading, looking at pictures, and digging deeper online.

I highly recommend this website, also from National Geographic, for an amazing (and FREE) look at the ship’s history. You can play an interactive game where you become a personality from the ship, see an interactive timeline of the construction, and view the photos and biographies of some of the architects who went down with the ship. I truly think I learned as much as Ashar, who knew some things that surprised me. For instance, we talked about the Olympic being the sister ship of the Titanic, but Ashar knew a lot about the Brittanic, another ship in the line, as well.

It also surprised me today how visually observant Ashar is. While playing the interactive game online, you “meet” various personalities like the head purser and captain, and she was able to go to Google images, search for Titanic photos, and pick out some of the crew members from seeing their likenesses in the game. Ditto with one of the online galleries – there was a passing shot of a crew working on the Olympic, and when we opened the magazine, she saw a similar image and said, “Hey, go back to that online where they showed that boat, it’s the same picture.” I’d totally missed that, but she didn’t!

This was Ashar’s favorite image from her searches today: 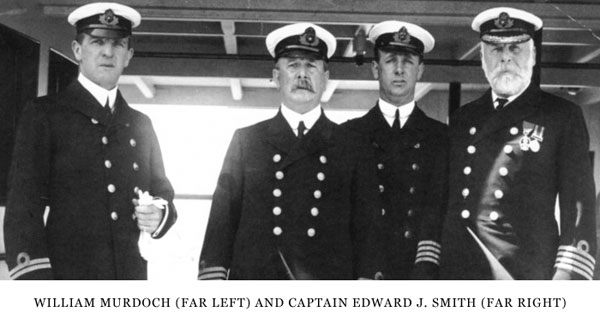 She decided she wants to create a Titanic PowerPoint, filled with facts and photos. She found a copy of the ship’s dinner menu from two days before it sank, images of newspaper front pages, all sorts of things she wants to include. She was also both fascinated and horrified at the idea of the captain and so many crew members, including the orchestra, “going down with the ship.” That was a new concept to her, and we talked a lot about it today.

Anyway, I can’t wait to share her finished PowerPoint presentation, which I’m sure will be awesome; she LOVES to make these things! For now, though, I’ll show the cover – she found an animated background, so the ocean rolls when you view it as a slideshow; you’ll have to imagine it for now. 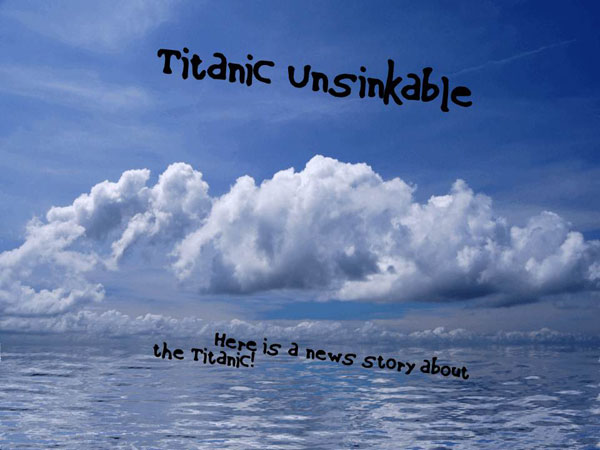 The font is called “Sinking Ship,” and she found that by herself too. Who knew that existed? I’m excited to see where Ashar takes this new Titanic interest… when she gets into something to this degree, it’s usually a multi-week interest that leads all sorts of directions, and that’s one of the most exciting things to me so far about homeschooling, the ability to follow these when they happen!

Quick Mom update: My primary job is as project manager for a pretty well-known financial blogger. I’ve been working with Baker and Man Vs. Debt full time since early December, but today, I got to do something new – share my story as an introductory post on the MvD blog. If you’re interested in our not-pretty financial life and its turnaround, feel free to read more here! Our financial efforts are what’s most DIRECTLY responsible for us being able to homeschool, so it’s pretty important to me.