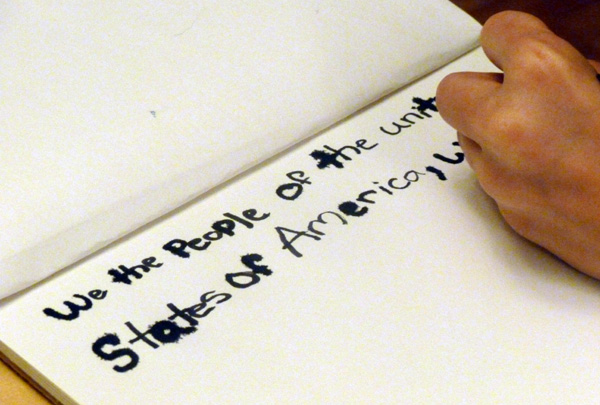 A couple of Christmases ago, I got a great pen-and-ink set from my mother-in-law. Last Christmas, Ashar got a calligraphy set from her as well.

The thing is, the past year or so hasn’t exactly been an ideal for us to spend time on a lot of projects. In all seriousness, our days looked like this:< Get up - rush to get Ashar to school and ourselves to work - rush home (me) to start Ashar's homework - argue a good bit - eat some dinner - argue and do more homework - fall into bed exhausted. 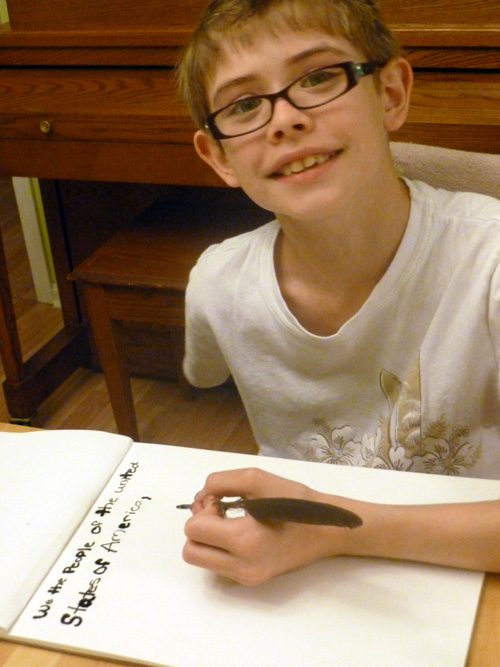 No fun – and very little TIME for fun.

So it’s been fun to start working our way through everything from crystal-making kits to slime-making kits to calligraphy kits in the past few months!

The calligraphy, though, was especially fun. Ashar and I sat down together and spent literally several hours doing different projects together.

I used to do calligraphy when I was about Ashar’s age – I was basically insane about my handwriting, so it was a natural step in my world!

For Ashar, who could not possibly care any less about the neatness of her writing, the motivation is much more creative: To experiment with different inks and different ink-delivery mechanisms!

We tried a bunch of different “pens” – glass quills, traditional calligraphy pens, a calligraphy ink brush and even what turned into Ashar’s favorite – a feather that we made into our own quill pen, Benjamin Franklin-style!

In fact, it was the quill that prompted Ashar to start writing the Constitution. I didn’t suggest that – I just looked over and there she was, “We the People”-ing! 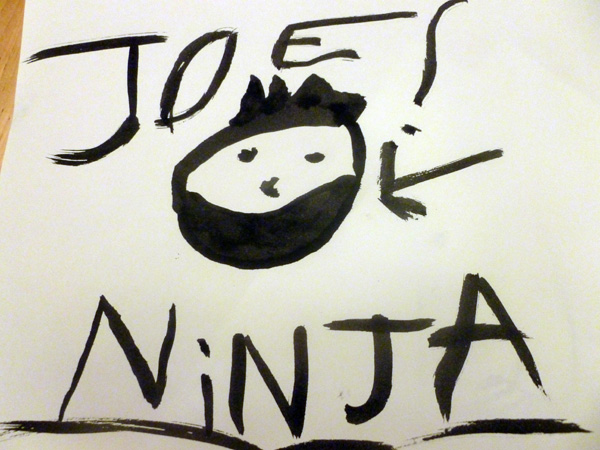 She’s also on a rather ninja-ish kick lately, so here’s Joe. He’s a ninja created with the calligraphy brush. Doesn’t he look stealthy and, uh, stuff?

Ashar did this – using the traditional pen. It’s actually one of the nicest ways I’ve ever seen her write her name! (Done in black, underlined in purple!)

And, lest you think that I was raising a Constitutional scholar, after doing the first part, Ashar decided to improvise and go for a sci-fi theme. 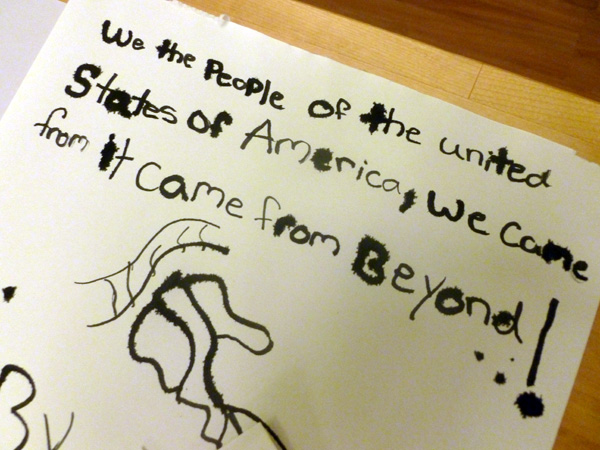 This was all done with the feather quill (thanks, ducks and geese at Kiwanis Lake, for your contribution to this project!) and Ashar liked the uneven look to the letters, which she said added to the outer-spacey feel. 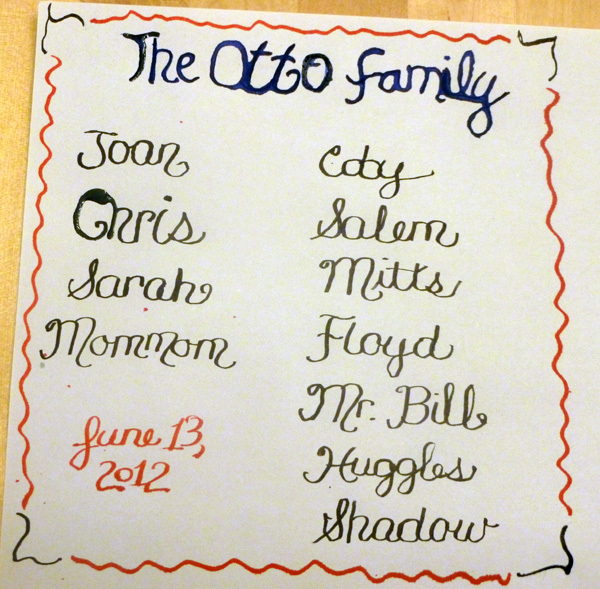 For my part, I wasn’t sure what to do, so my first attempt was completely uncreative – I just tried to get used to the ink flow again by writing everyone’s name. I like how “The Otto Family” came out (that was using the glass quill), but the names are only “meh.” (Those were with the traditional pen.)

The good part is, practice makes perfect, right?! Our later projects included me practicing with the brush and drawing an Indian tepee complete with native drawings, and Ashar drawing an abstract zebra in bordeaux and goldenrod. He’s, um, bright, but beautiful!

So what have you been working on lately?