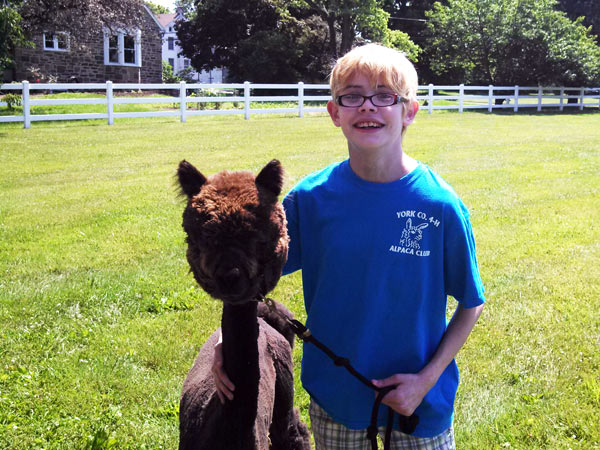 Last weekend marked something really cool for us. Remember how I said before that Ashar is all alpaca, all the time?

Well, on Saturday, she participated in her first 4-H alpaca show/competition, an “agility invitational” in Montgomery County, PA, at their 4-H Center. Kids from I think about 7 or 8 county clubs participated, and Ashar was in a group with kids who were almost all older than her – and she placed third in the first competition, and first in the second one! 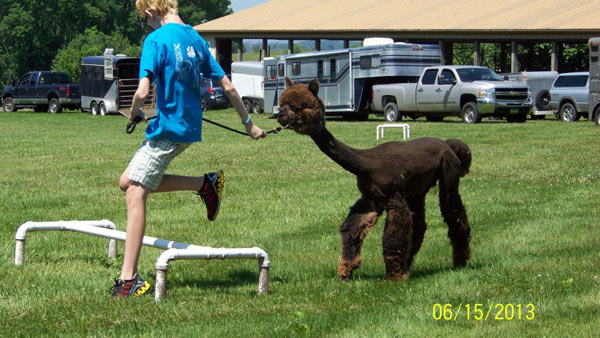 Here’s a video that shows Ashar and Gia doing the general agility course, the one in which she placed third. If Gia hadn’t skirted that first hurdle, Ashar would have had the points for first place!

Here are the four kids from our club who attended this competition. They all won a first, second or third-place certificate in at least one event! 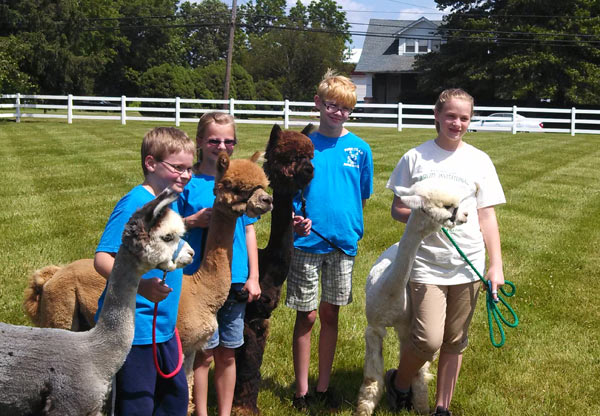 Here is Ashar “backing up” Gia. That’s harder than it looks; alpacas are not natural backer-uppers, but Ashar got it right away! 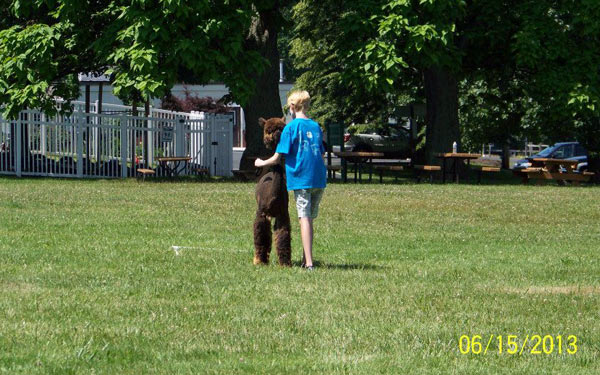 Here, Ashar is leading Gia off the teeter-totter. See how Ashar keeps her foot on it? She does that until the alpaca gets all the way off, so that the teeter-totter doesn’t spring up on it. 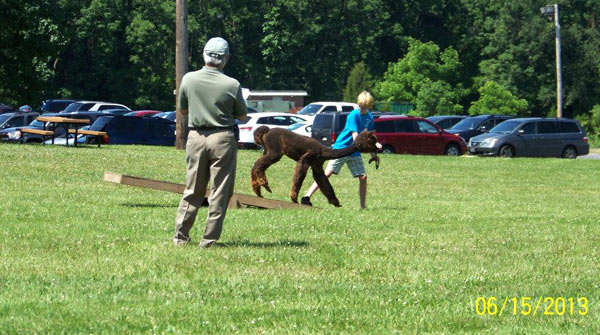 For some reason, Gia hopped right over the high hurdle, after passing around the low one. Who knows! 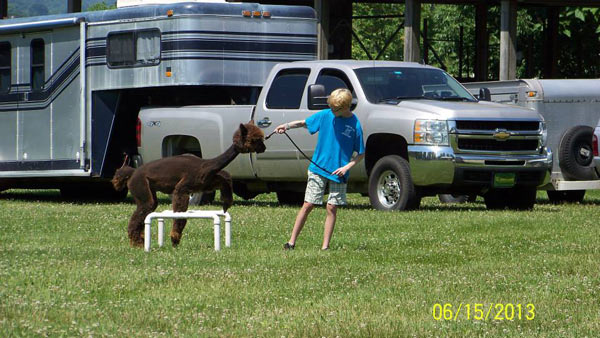 Tarps are funny. They sound weird and feel weird underfoot, and are unusual colors. That makes them a thing some alpacas don’t like, but Gia didn’t have a problem being coaxed across. 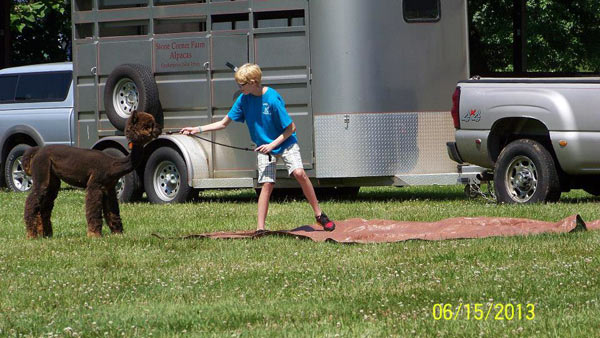 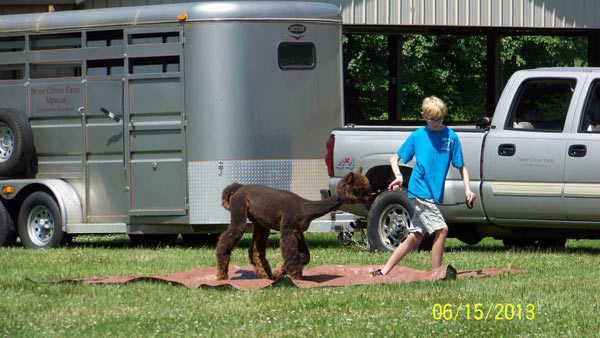 The course concluded with a walk through the caution tape – a LOT of the animals balked at this, but Gia didn’t mind, because Ashar had specifically practiced with her on a similar setup at the farm! 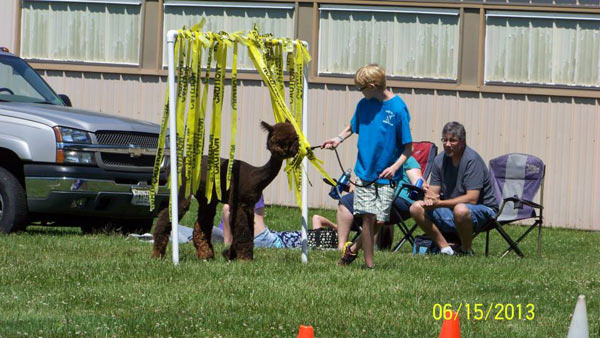 Here they are with their first-place certificate for the second event! 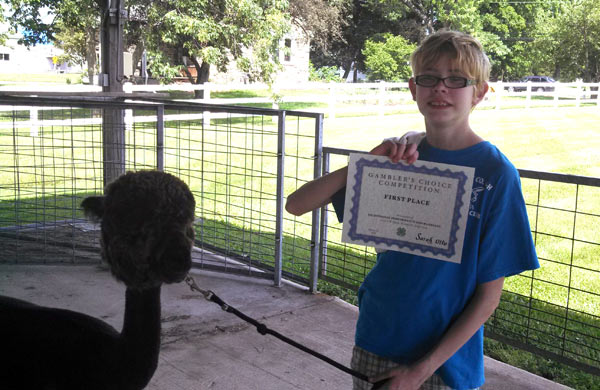 This event was a ton of fun – and a HUGE confidence-booster for Ashar as a first show.

I owe a huge thanks to club leaders and farm owners Beth and Sheri (especially Sheri, who let us alpaca-nap Gia while she was on vacation, and Beth, who trailered Gia with her animals so I wouldn’t have a Car Alpaca), Teresa (who works with Sheri at Alpacas of York and who helped coach Ashar specifically on agility as we geared up), and Mickie (whose photos are the GOOD ones you see of the ones in this post; since I was videoing, I didn’t get many still shots!)

These ladies are awesome. And so are the two younger ladies in the picture above. We are very proud.

4 thoughts on “The agile alpaca: Results from our first alpaca show”