I can’t believe it’s September already. This year seems to be flying by. It’s time to check in with a look at unschooling in August 2016, which featured some art, some alpacas, a concert, Battlestar Galactica and more. 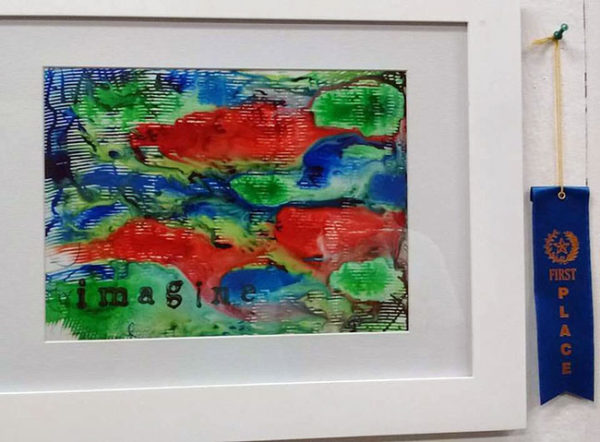 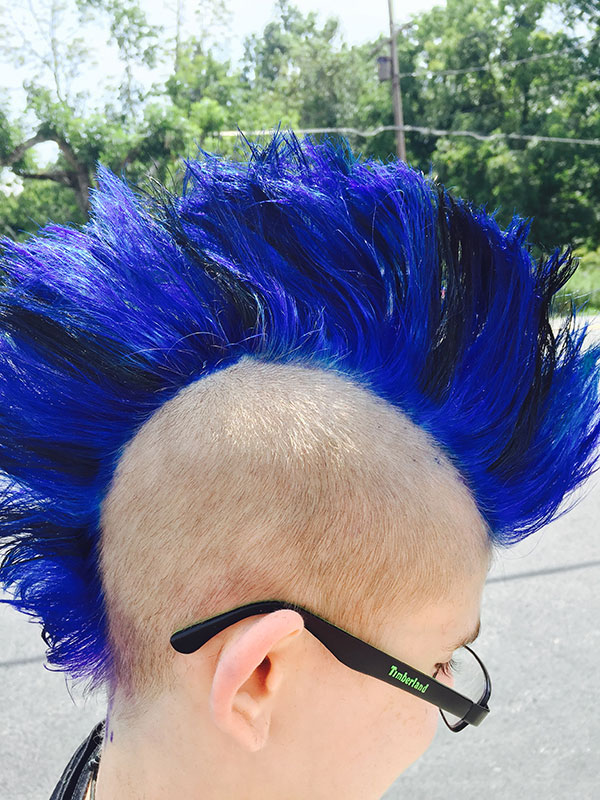 I love Ashar’s hair. Not as much as she does, though.

Ashar’s reading in August has been focused on Double-Cross: The True Story of the D-Day Spies.


Disclosure: This post has some affiliate links. I only link to things we legitimately use and recommend, so if you see such a link, it's because we really do believe in the book or item!
She wants to finish the whole book before we leave for the Free to Be Unschooling Conference in late September, and has committed herself to a schedule of a chapter a day.

The interesting thing about this is that we used to have an unofficial family read-aloud time at night before bed, and as our bedtimes diverged (mine getting way earlier, mostly), we sort of stopped. It’s cool that Ashar decided on her own to bring back focused reading time!

One other project under way in our house right now: the creation of a “reading room” in a spare alcove. We have to get rid of a bed that’s there now and buy a futon-type thing, but then we’ll have a great reading space. 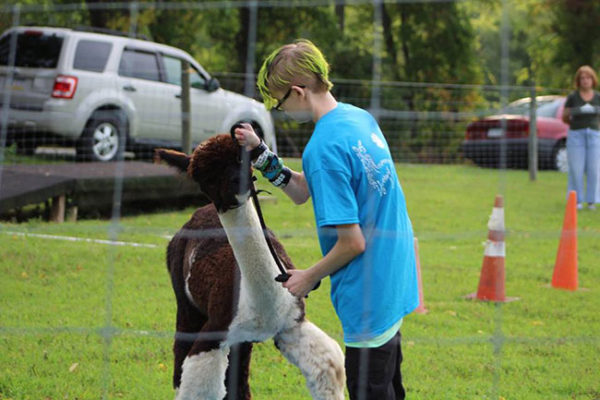 Our 4-H Alpaca Club show was this month, and Ashar place third in both obstacles and showmanship with Glacier. 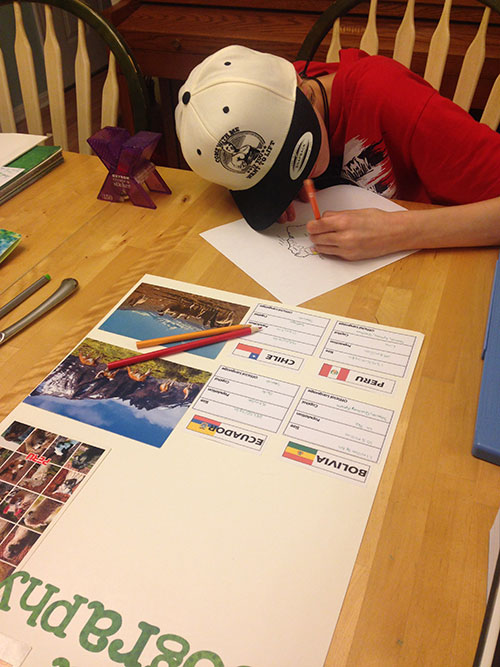 For the 4-H fair, the Alpaca Club made posters this year, and Ashar chose as her topic “Alpaca Geography,” exploring the countries where alpacas are native.

This is another area with prerequisite reading! I have a whole series about video-game learning that I’d also love for you to check out if you haven’t already. 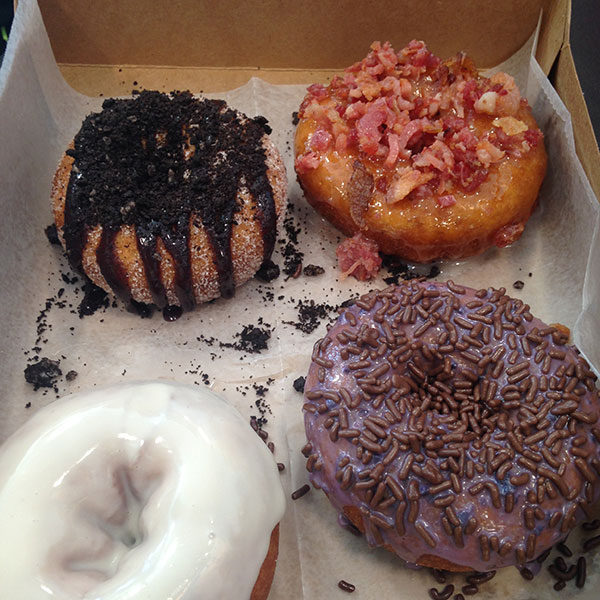 Places, projects and other odds and ends

4-H: This month, we had the club alpaca show, where Ashar placed third in both obstacles and showmanship with her new project animal, Glacier. We also had the 4-H fair, where her poster on “alpaca geography” and her Wildlife Club journals both won gold ribbons, the highest honor.

Dual enrollment: I mentioned in our un-curriculum plan for this year that Ashar wants to take dual-enrollment college classes at HACC, our community college. She took the first round of placement testing in August and really struggled with it, not because of the subject matter but because of the testing itself. Multiple choice has never been Ashar’s friend. She had a number of options, but what she eventually decided is that she wants to work on her test-taking strategies and take another round of placement exams in early November, so she can register for the January classes she wants.

New hair: Ashar got a blue-and-black mohawk. I got a bunch of blue put in the front of my hair. Both are awesome.

Doughnut day: Because we’re weird, Ashar, Chris, Kaitlyn and I spent a Sunday in late August driving around Lancaster County looking for gourmet doughnut shops before finally landing at Duck Donuts. It’s probably – definitely – good that it’s 45 minutes from our house, or else I would gain all the weight. 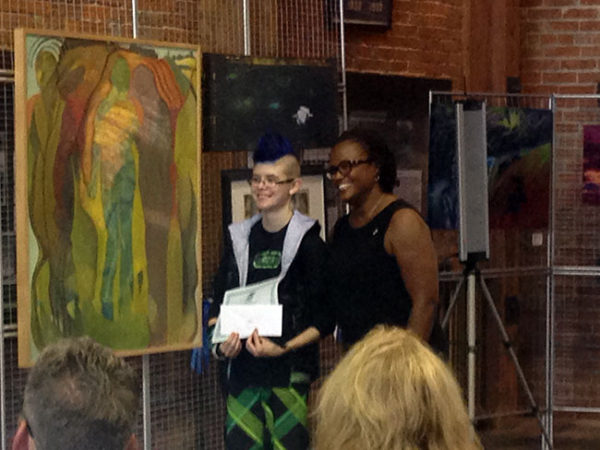 This is York Mayor Kim Bracey presenting Ashar with her YorkFest award.

State ID: This is my PSA: If you have 16-year-olds who don’t want to start driving right away, go get them a legal state ID card. So, so, so many things are requiring a photo ID for her and we didn’t have one. Best $30-some I ever spent.

YorkFest: YorkFest is our local arts festival held every August. Each year, there’s an art show for kids and youth, and this year, Ashar won first place in the 15- to 17-year-old category for her painting “Imagine.” The prize is a $50 gift certificate to an art supply store run by our friend Rita, which could not possibly be cooler.

Pen-palling: Ashar has an amazing pen pal in Taiwan, a girl around her age named Christina. She and Christina share letters, gifts and emails all the time. In August, Ashar spent several days writing Christina a three-page missive on American holidays and how we celebrate them.

Concert: Ashar, my mom and I always go see Celtic Thunder in concert in Hershey, PA, and this year’s show was Aug. 21. It was amazing – probably my favorite one yet!

Baby shower: One of my nieces is having her first baby, a little girl who will be named Tova Grace, and we went to her baby shower in August. It was great to have all my sisters in one place! Only downside: A lack of air-conditioning at two venues for the weekend on one of the hottest days of the year.

News from the Mom front: I finished my second semester of grad school in August, and Kaitlyn and I launched a new website for work. It resulted in many, many late nights at work and some serious stress, but it really is nice, if I do say so!