Have you caught on by now that Ashar is a pretty huge fan of The Walking Dead??

Back in October, she got to meet Norman Reedus, her hero and absolute favorite person ever, aka zombie-killer Daryl Dixon on the show.

But there was another Walking Dead event she’d been looking forward to for the better part of a year: Walker-Stalker Con New Jersey, which took place Dec. 9 and 10, 2017. That’s actually where she was supposed to meet Norman, but he had to cancel his appearance there because he was the best man in a friend’s wedding during the same time. 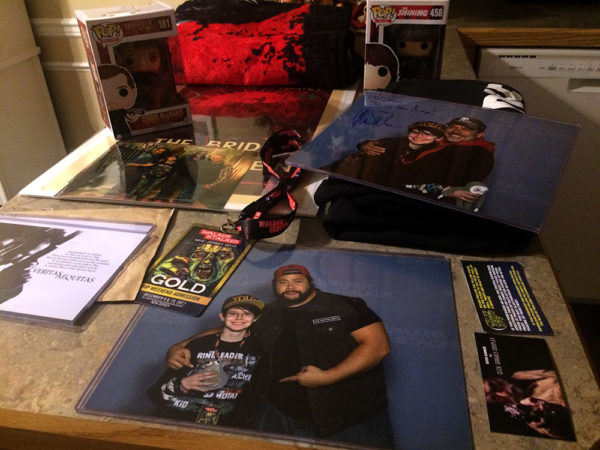 She’d saved up almost $700 to buy a VIP pass and contribute toward hotel rooms for her, Kaitlyn, Chris and me to go to northern New Jersey for a family vacation. So even without Norman, we were definitely still going, and she was still super-excited.

Well, plans changed again when, the Thursday before the con, my mom fell and broke her hip. We’d planned to be away Friday, Saturday, Sunday and Monday, and with her surgery – somewhat risky at her age and with health problems – scheduled for Saturday, I knew I’d be needed at home.

So Kaitlyn stayed with me, and Chris and Ashar headed out Friday afternoon for a Daddy-Daughter Road Trip Extravaganza. (Bonus: Ashar got to stay in her very own hotel room, since we’d booked two!) 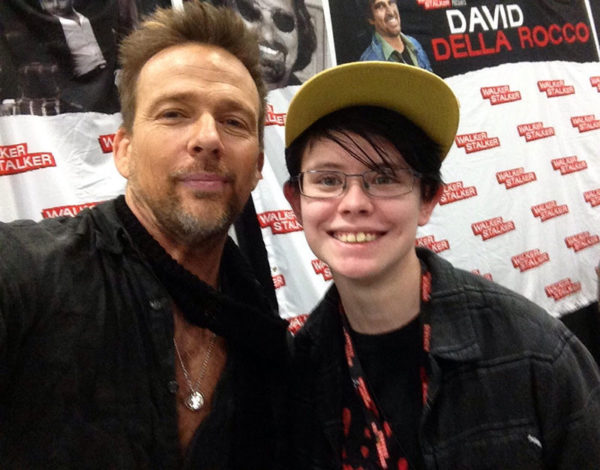 Ashar reports that they listened to Christmas music on the radio during the drive. Once they arrived Friday evening, they went to the convention center for pass pickup. Her VIP pass came on a special lanyard, which she loved (she’s almost as big of a fan of lanyards as she is of The Walking Dead).

Having the VIP experience was neat, she said, because they got early admission, so it was much calmer than it was later when the general admission people came in. Ashar went back Saturday morning during that time to check out where the celebrities were, and Cooper Andrews, who plays Jerry on the show, walked right past her. (Later that weekend, she got a photo with him, and even cooler, once she posted that photo on Instagram after the trip, he commented on it!)

The gold Walker-Stalker VIP pass included two photo opportunities and two autographs. Ashar used her first autograph for Sean Patrick Flanery, who she also got to take a selfie with. (He’s not from The Walking Dead, but he was in Boondock Saints with Norman Reedus.) She had a Pop figure of his Boondock Saints character, Connor MacManus, in the box, and that’s what she got him to sign. 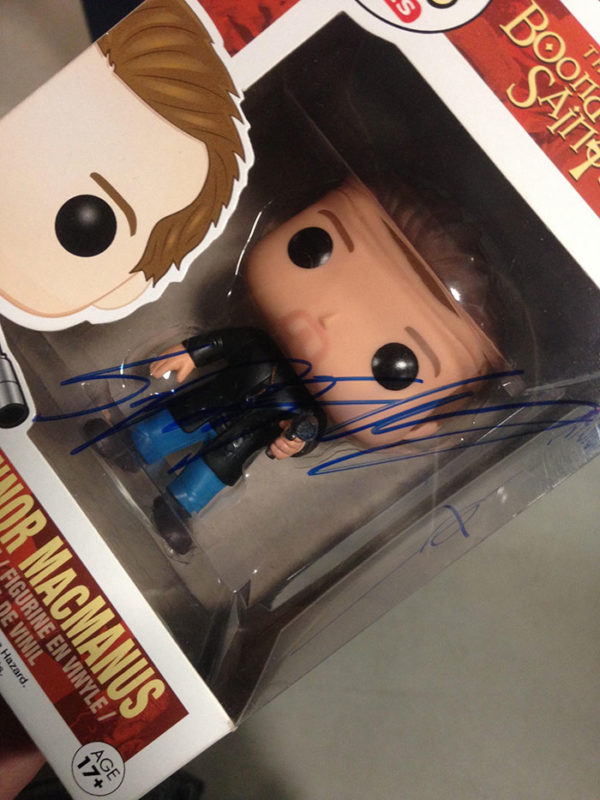 An autograph from Sean Patrick Flanery, who plays Connor MacManus in Boondock Saints.

Next up was a photo with Jeffrey D. Morgan, who plays bad guy Negan on the show. “I had to get there pretty early to get a good spot in line,” was her description. (He’s pretty popular.) When it was her turn for a photo, Jeffrey gave her a huge hug, which was awesome.

On Sunday, she went straight back to the VIP line at Jeffrey’s table to get his autograph on their photo. She was SUPER excited when he saw her in line and said, “Hey, didn’t I meet you yesterday?” She showed him the picture and said he did! 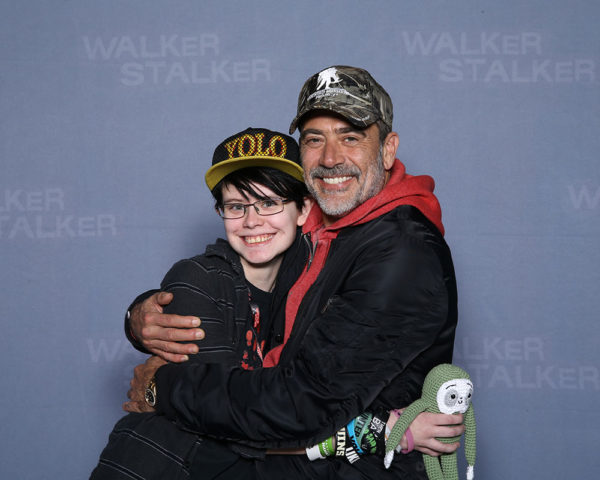 Ashar with Jeffrey D. Morgan, who plays Negan on The Walking Dead.

By this point, Chris (who had general admission for both days of Walker-Stalker) was able to join her, and they did some shopping, then they went for a photo with Cooper Andrews, who I mentioned earlier.

Before they left, they both had their photos taken with some amazing cosplayers portraying Andrew Lincoln’s character Rick Grimes as well as Norman’s Daryl Dixon (and a zombie)!

Besides all the autographs and photos, the VIP pass-holders at Walker-Stalker got prime seats for all the celebrity panels. She saw Jeffrey D. Morgan, Cooper Andrews and Khary Payton, and even show producer and makeup artist Greg Nicotero.

I woke up to this today and it made me so happy 😁 thank you so much Cooper this made my day. #ifjerrydiesweriot #jerryisawesome @smugorange

My favorite photo from the weekend had nothing to do with TWD. It was a Stranger Things-inspired Christmas picture that was set up as a free photo op by the conference organizers, and probably the one thing I am SUPER jealous to have missed out on a chance to do! 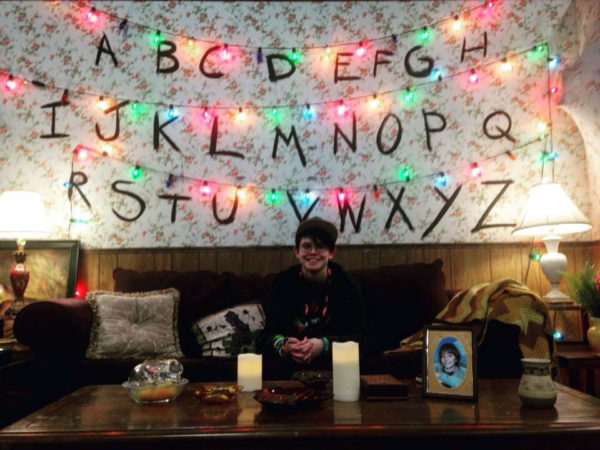 Ashar gets ready to go to the Upside-Down at Walker-Stalker Con’s Stranger Things setup.

I’m excited that Ashar still got to go and have a blast. And she brought home our next project – a bunch of art and her new photos, which need to be framed and added to the Walking Dead wall above her bed!

(Side note: In a few weeks, I’m going to share some “house tour” photos of our house, including Ashar’s room, so if you like TWD, stay tuned for a room that’s heavily decorated with it!)

All in all, Ashar says she had a great time – and can’t wait to go to another Walker-Stalker event!