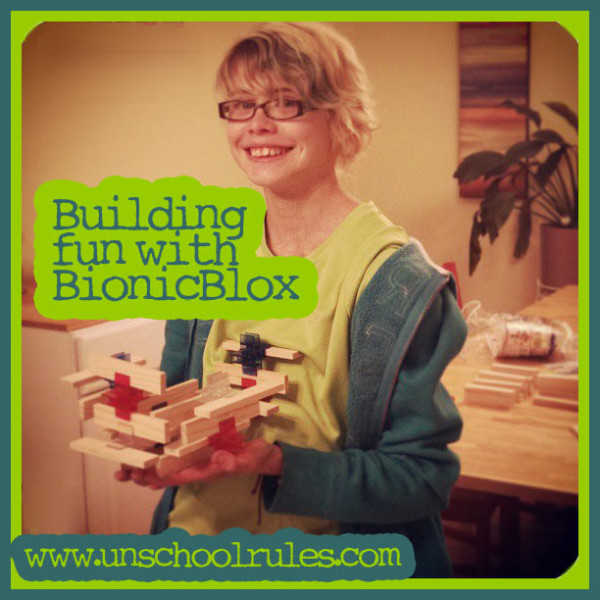 We build stuff. A lot.

Disclosure: In exchange for the honest review of our experience which appears in this post, our family received one BionicBlox/Brackitz set for free. We were compensated for our time completing the review, but all FUN had was definitely our own!

I said earlier this year that our two biggest sets of blocks and our LEGO collection were among the “toys” that had stayed with Ashar into her teenage years.

So when I heard about BionicBlox earlier this year, I thought, “OOH! More blocks!” Probably not what you’d expect from the mom of a teenager, but one of the best things we’ve found about homeschooling is that it allows us the freedom to do the things we love, regardless of “traditional” ages or grades!

And Ashar definitely agrees. Funnily, when things arrive at our house to review (which is fairly often), we usually open them, figure out when we’ll try them out (we like to do so as close as possible to the date our review will be published), and then sit them aside until then.

The BionicBlox came out IMMEDIATELY. “Mom, I’m going to make something with these while you’re working. OK? Please?”

And she went to town! 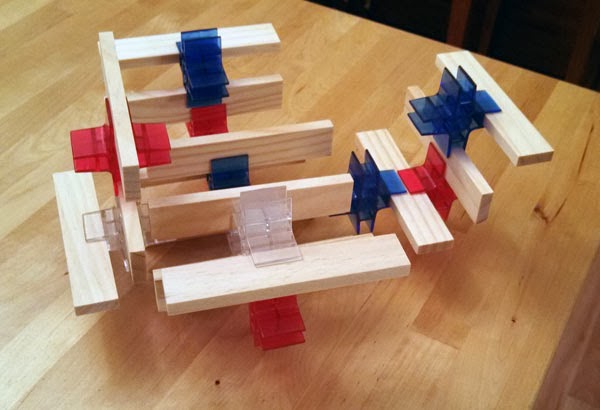 The BionicBlox themselves are two-part: A set of natural wood “planks,” and a set of multi-angle plastic connectors. In our 100-piece Visionary kit (now the Master Builder Set), we have red, white and blue connectors, which works well since those are Ashar’s favorite colors!

I admit – I didn’t even get to see the set before Ashar started building. I was working, and she was in the dining room, with all the pieces spread out across the table. I had no idea what to expect – and when she walked out a half-hour later and said, “Mom! Look, It’s a plane!” I was floored.

This girl who struggles mightily with concepts like angles and spacial relationships had figured out how to take these planks and connectors and make a (very identifiable) plane!

I admit: 3-D visualization is NOT a strength of mine, either. She gets that honestly. But when I saw she had figured this out on her own, including how to use different parts of the BionicStar connectors to get different angles, I was pretty stoked. 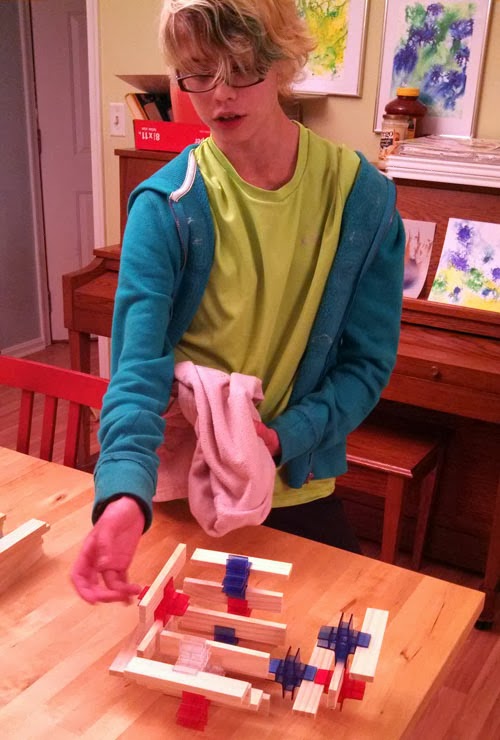 So the other cool thing Ashar did (again, while I was, to be honest, not paying any attention!) was to create a set of about 20 BionicBlox “robot guards.”

She was wandering around the house, and after a while, she said, “Mom, look around. Do you see anything?”

I looked up… and everywhere, there were tiny little three-block, one-connector “robots” looking at me (including one literally in front of me on my desk, which I hadn’t seen!)

I was super-excited to see Ashar thinking creatively. One big frustration she has with LEGOs and other building toys is that they’re “meant” to be built a particular way. Ashar is an incredibly creative girl, and being told what to build, with detailed instructions about what block goes where, is fun but not super-stimulating.

So if you have a super-creative girl who wants to do her own thing – we can definitely speak highly of BionicBlox!

4 thoughts on “A new way for us to build: Making planes, robots and more with BionicBlox (now called Brackitz)”