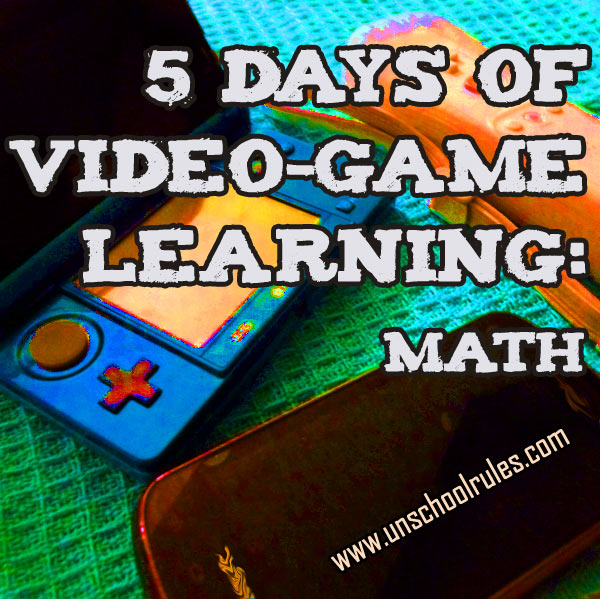 While we don’t have the latest and greatest video-game systems, technology and especially gaming are a huge part of our lives. Is it any surprise that they’re a major part of our teenage daughter’s homeschooling experience as well?

Today, we’re talking about how some of our favorite video games have tons of math included.

Disclosure: This post has some affiliate links. I only link to things we legitimately use and recommend, so if you see such a link, it's because we really do believe in the book or item!
There are a lot of “math games,” especially web-based ones.

I’m not opposed to those, but if you have a math-hater, math facts with circus animals are still math facts, you know?

The thing is, we’ve realized that the games that Ashar LOVES playing most have a huge math component.

These are just some of the games WE play. My challenge and encouragement to you is to look for the math in the games your own family enjoys, and, without being heavy-handed (there’s an art to that!), to discuss it. If you’re laying Minecraft tiles, be overt in talking about how you’ll use 20 tiles to make the floor of your house, and if you can, work in that there are four rows of five tiles. If you play Roblox, same idea. I talk a LOT about real-world math and logical thinking, because I truly believe if you get the idea, you’ll be able to get the “math facts” down without issue!