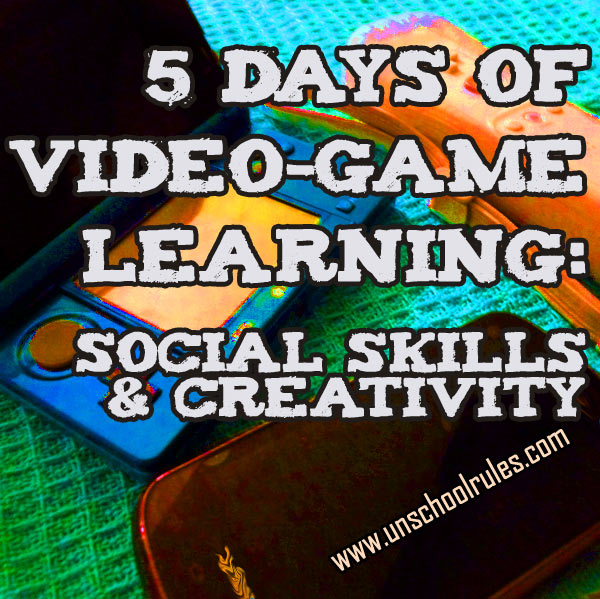 While we don’t have the latest and greatest video-game systems, technology and especially gaming are a huge part of our lives. Is it any surprise that they’re a major part of our teenage daughter’s homeschooling experience as well?

Today, we’re talking about how some of our favorite video games have helped Ashar develop her social skills – and her creativity.

Maybe these two topics aren’t the first two you’d group together. They weren’t for me – until I started making two separate lists and realized that they overlapped ENTIRELY.

Disclosure: This post has some affiliate links. I only link to things we legitimately use and recommend, so if you see such a link, it's because we really do believe in the book or item!
The interesting thing is, these are two areas we were told that many kids with Asperger’s (like Sarah) struggle with – social skills, and playing creatively. And at times, I see it. But other times, I don’t – like when Ashar shows me the way she “saved a tree” in Minecraft by putting walls around it, or writes nice notes for her virtual Moshi Monsters friends. And that, to me, is so much of why we value video games as a tool in our learning arsenal – because they are great ways to show off the best parts of Sarah! 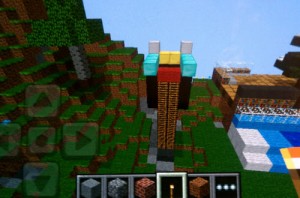 I feel like our story with social and creative gaming is just beginning, despite all these favorites. I think it’s something that kids of any age can appreciate, but the older Ashar gets, the more she’s really digging into and embracing the idea of virtually hanging out with her friends – creating worlds full of stuff they love and challenging each other to be even more creative!

This post is part of the iHomeschool network’s January 2013 “5 days of…” Hopscotch series.

We’re sharing everything from tips and tricks for getting out of debt to using posterboard in your homeschool, from catapults to eating whole foods.

We sure are an eclectic group – I hope you’ll check out more!

And if you’re into the things we do in our family homeschool, check out my previous “5 days of…” series, 5 days of real-world math.