We’re going a little bit out on a limb today.

As you know, we love to participate in the iHomeschool Network monthly birthday celebration, where we talk about things we’ve learned about celebrities of all sorts in the month of their birth.

I let Ashar pick our “people” each month, and this year, she’s also taken over the responsibility for most of the research and information in these posts. I just come along and tie it all together in writing.

When she saw October’s birthday list included rapper Marshall Bruce Mathers III, more commonly known as Eminem, she said, “We’ve got to write about him!”

I admit: I almost tried to talk her out of it. We’re pretty weird in our family, and a lot of what we do is criticized (on the internet and in person). My parenting decisions are called into question on the regular, and while I stand by them, I tend to keep my head down in a lot of ways because I don’t want Ashar to bear the brunt of people’s disagreements with me.

But she likes Eminem. I like Eminem. And even if you’re more conservative, I hope you’ll give us a chance to share some of the conversations we’ve had about a rapper known for his abusive relationships, drug abuse, seriously foul language and more.

You’ll make your own decisions, and I’m sure that for most of my readers, Eminem isn’t going to make it into the family music rotation. That’s cool, but I hope you’ll still read to the end before coming to any conclusions about the fate of my eternal soul or what have you. 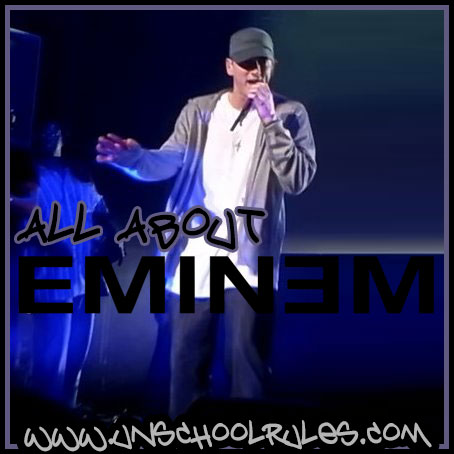 The basics about Eminem

Eminem’s Wikipedia page provides a good overview of his life, his career and the many controversies therein.

He was born Oct. 17, 1972. He was raised primarily in a poor neighborhood in Detroit by his single mom, Debbie, after his father left. Eminem had a rough relationship with his mom, and that and the absence of his father are themes in many of his songs.

Eminem spent three years in ninth grade, originally wanted to be a comic-book artist before discovering hip-hop. He started rapping at the age of 14, dropped out of high school at 17 and had a daughter, Hailie, with his girlfriend (and later wife) Kim Scott. Another rough relationship, another theme in many of Eminem’s songs.

In a move that’s maybe strange for a guy who goes by a name that’s not his in the first place, Eminem further mixed things up by creating an alter-ego, Slim Shady, whose pretty-awful exploits (like killing his wife and hiding her body with his infant daughter in the car) he sang about. To be clear, that wasn’t a true story from Eminem’s life, but his lyrics made a lot of people pretty mad even so.

His career grew, but so did his struggles; he and Kim married, split up, remarried, split up again; he struggled with drugs and alcohol and went to rehab (a few times). He starred in 8 Mile, a movie about life in Detroit that wasn’t entirely autobiographical but wasn’t exactly not, either. Struggling teenagers found themselves represented in his music; many parents – and others – found his lyrics misogynistic, homophobic and generally hate-filled.

And in our family, there’s a perfect generation gap – Eminem has been topping charts for 15 years, from my senior year of high school to Ashar’s freshman year. That’s where the next part of today’s post comes in: Instead of telling you facts about Eminem, I’m going to share with you the ways Ashar and I talk about his music – and a lot of other serious issues.

An interview with Ashar (then 14) about Eminem

Sarah: The stories in his songs.

Me: What’s different about the stories in his songs versus in other songs?

Sarah: In a song like Unwritten (one of Ashar’s favorite songs, by Natasha Bedingfield), it’s about a book you write yourself. In his songs, it’s a book that’s already written. You get the story right away and you don’t have to wait for it.

Me: But it’s his story, not yours.

Me: What do you think about the swear words?

Sarah: I ignore them, honestly. You can listen to the clean versions of his songs, or the original versions, and either way you still get the story.

Me: He’s had a lot of problems with drugs and stuff like that.

Sarah: That does make his stories different. And some of his songs talk about getting out of that lifestyle and not doing that. Country songs always involve some kind of alcohol, usually. I don’t get that.

This led to a detailed discussion about alcohol mentions in songs, including how brand names in particular are used to represent particular lifestyles – the kind of people who drink Cristal and Grey Goose; the kind of people who drink cheap beer in country songs; that sort of thing. Since no one in our house drinks, this became a funny conversation, as my only way of knowing how to pronounce most liquor is from songs.

My fiance, Kaitlyn, helping with this discussion: Did you know that Robert Downey Jr. (one of Ashar’s favorite actors as Iron Man), he’s spent time in jail for doing drugs? Does that change how you view his movies?

Sarah: No. A lot of actors have done drugs.

Kaitlyn: And music artists, too.

Sarah: The Beatles did. It made their songs more creative. Back then everybody was doing that.

Me: Well, not everyone, but a lot of people.

Sarah: They thought it helped them make better songs as a band.

This led to a discussion on how we can’t know if drugs made The Beatles more or less creative or more or less famous, since there isn’t a world where they didn’t do those things for us to compare them to.

We then talked about how something like 4% of American teens have reported using cocaine or heroin. That’s mind-blowing on a large scale, but it got even more real when we talked about how that would work out to something like 16 people who were in Ashar’s class at our local public school probably having done hard drugs. That’s scary. It’s also almost certainly true, if not slightly under the actual number.

Sarah: His stories are good, even though they do mention that stuff.

Me: What about the idea that listening to his music would make you more likely to do things like drugs, or be in abusive relationship, or whatever? And the same idea about video games. Like people will say that if you play L.A. Noire or Call of Duty, that you might be more likely to kill people or shoot things because it “seems fun” or cool?

Sarah: If you’re only listening to it as a song, I don’t think that’s true at all.

Me: Do you think there are people who do feel that way, like they think it’s cool to “bust caps” and stuff because they hear it in songs?

Sarah: Some people think “that totally sounds like me, I want to do that.” Other people think “Well, this is just a song, it’s neat to listen to, but I’m not going to go out and do those things.”

At this point, Kaitlyn suggested a relevant Jon Stewart quote, in which he points out that listening to Julie Andrews sing Climb Every Mountain didn’t inspire a generation of mountain-climbers. Oversimplified, sure, but Ashar appreciated the example.

We talked at this point about the difference between the kind of people who listen to music “as a song” compared to those who take it as personal advice for how to act.

We also talked about how, while some of that divide happens on gender lines, there are plenty of female hip-hop artists who regularly sing about using men as objects, or as a way to “get stuff” they want, usually by doing some pretty not-OK things with them.

Sarah: If you want a Lamborghini, get it yourself.

I don’t recommend you buy your 10-year-old an Eminem CD and turn ’em loose. Far from it.

As relaxed as I am about music, there are songs that absolutely don’t get ANY airplay in our family, both of his and of other popular artists.

The thing is, even if you never listen to a single Eminem song, I think there’s a lot of room for discussion in your family based on some of the themes from his music.

I’d love to hear your thoughts on these issues in particular in the comments, especially if you’re open to talking about them with your kids. These are the kinds of conversations that, while tough to have, really help me see Ashar’s maturity level as well as her own moral compass, which is as true as any I’ve ever seen in a teenager, and I hope you’ll have them in your family as well.

If you’re interested, there are many more cool (and probably more kid-friendly) “October birthday” lessons from my fellow iHomeschool Network bloggers. Click the image below to check them out! 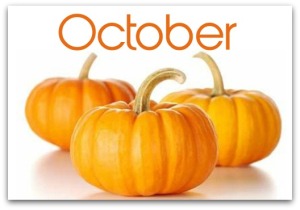 And thanks for reading this far to see why we’re wishing Eminem a happy birthday!

10 thoughts on “A birthday celebration: Talking about the controversial music of Eminem”