Do you have a hero?

Ashar does. It’s this dude, who (in case you’re not into zombies and motorcycles) is Norman Reedus: 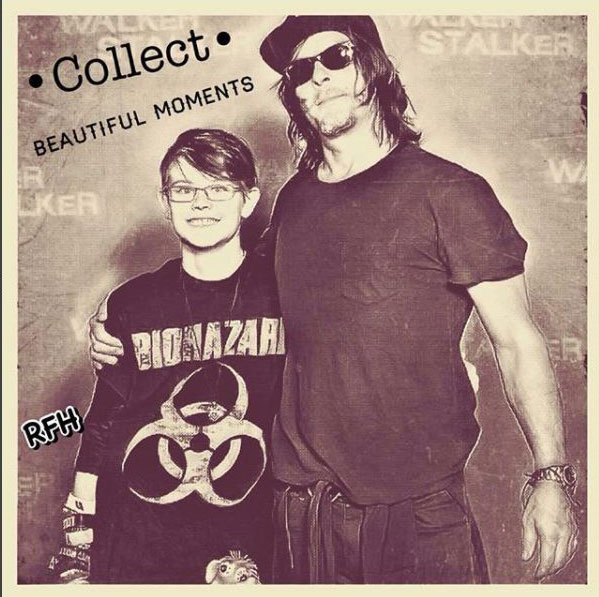 On Sunday, Oct. 1, 2017, we drove a couple of hours to Walker-Stalker Con Philadelphia to meet him.

Met my hero @bigbaldhead today, it was the best few seconds of my life. Norman was so sweet… he shook my hand, I told him he was my hero and he was like “no way.” He also asked what my name was and I told him and he gave me a high five and said “later gator” to me. It was amazing and I will never forget this day. Thank you so much Norman for making this day so special for me and when I say that you’re my hero I absolutely 100% mean it.

That’s what Ashar wrote on her Norman Reedus fan-account Instagram (@reedusfandomhome). Since then, she’s recounted the 12-ish seconds she spent in his presence dozens of times, made several edited versions of their photo together (which you see with this post), and started working her way toward totally owning the “Norman Reedus” category on QuizUp.

Being able to surprise Ashar a couple of weeks earlier with tickets to this event was awesome – probably one of my favorite parenting moments so far. It’s a great example of why saying yes is a key component of our parenting style. 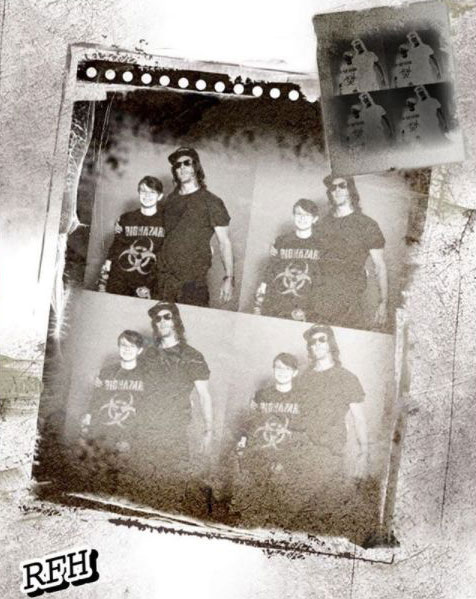 See, Ashar had saved up more than $500 of her own money to buy a (nonrefundable) VIP ticket and a hotel room for us to see Norman, and get a photo AND autograph, at Walker Stalker New Jersey in December. Her parental figures chipped in the rest of the cost as a Christmas present.

She talked about it nonstop.

She picked out what she was going to wear.

And then Norman had to cancel that appearance.

She spent about a day being kind of mad. Then it settled into seriously sad – especially when one of her friends, a fellow fan, got to meet him unexpectedly.

A couple of months passed, and then, suddenly, Kaitlyn saw that photo opportunities were available with general admission for the Philadelphia show, which is a very doable drive for us. Photos were $100, and we scored three general admissions for about $29 thanks to a promo. So for that plus a tank of gas – $150 max – we found a way to make at least a big part of her dream come true.

I can’t imagine a better use for that money.

This was her face when we surprised her. She immediately started crying. 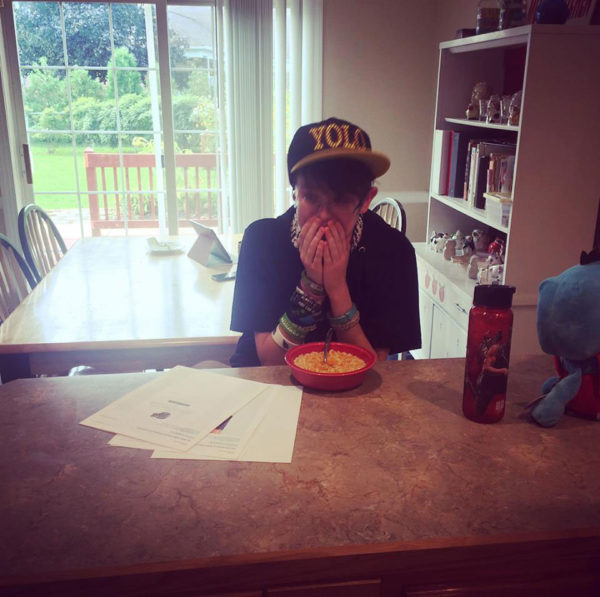 Do you think she was excited about the photo op tickets?

Norman isn’t just her celebrity crush. He really is her hero. She wants to be like him – not in the actor/motorcycle/crossbow/zombie-killing way (well, not mostly, anyway) – but in the renegade swagger, the confidence, the ability to handle any situation, the way people look to him as a leader, the artist. She admires that. And so she admires him for portraying it.

I never had many “famous” heroes. The people I wanted to be like were my parents, my teachers and professors, my siblings. As an adult, besides my mom (who has always been and still is my hero), the closest I came to that type of role model was a personal-finance blogger who I later went on to work for. Practical much?

Kaitlyn said he went through a Ken Griffey Jr. phase, but by middle school his heroes were his dad and his teachers.

My mom loved a variety of singers – first Gene Autry, then Dennis Morgan, then Mario Lanza. She wanted to be a missionary or an artist, but didn’t have specific heroes or role models in those areas. Her older brother, my Uncle John, was her hero for a while, and mine as well.

Chris said he didn’t know if anyone was ever near “hero” status for him, though if so, it was probably some of the 1970s and early 1980s Phillies, like Mike Schmidt, Pete Rose, Steve Carlton and Tug McGraw. 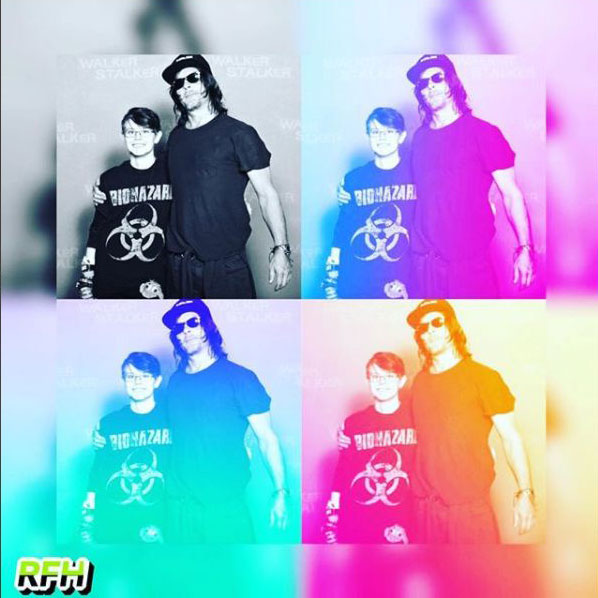 So while none of us adults really did the “movie-star hero” thing, Ashar has had a couple – first Arnold Schwarzenegger and now Norman.

Before Ashar met him, Norman Reedus was just a shaggy-haired dude with a motorcycle and a crossbow to me. But their meeting was a truly great experience. It didn’t seem rushed or fake or commercialized – it was perfect.

So, as I said when I posted about her visit on Facebook:

Norman, thank you for making a few seconds seem like something special to my daughter Ashar, the most special person in my world. You’re her hero, and living up to that in your meeting with her made you mine as well.