Yes, after Ashar did the “hamster cost” math, we did go along for the ride and decide to purchase our thrilling new rodential family member. She’s paying some of the cost from her savings (her choice), and the rest is part of our birthday gift to her 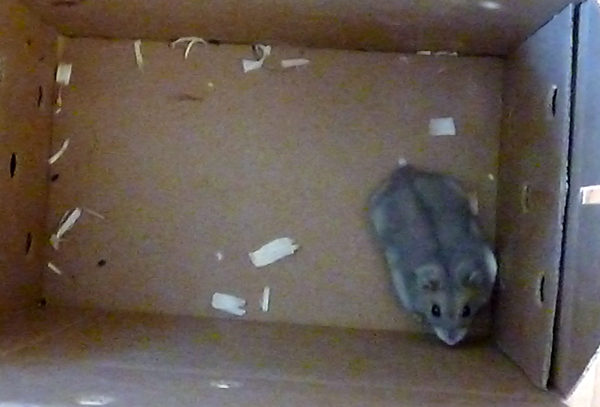 We could not possibly have had a happier kid at PetSmart this afternoon. Many thanks to Tyler, the associate who took Ashar’s interest very seriously and didn’t roll his eyes at this kid saying, “This is THE EXACTLY RIGHT hamster for our family.” 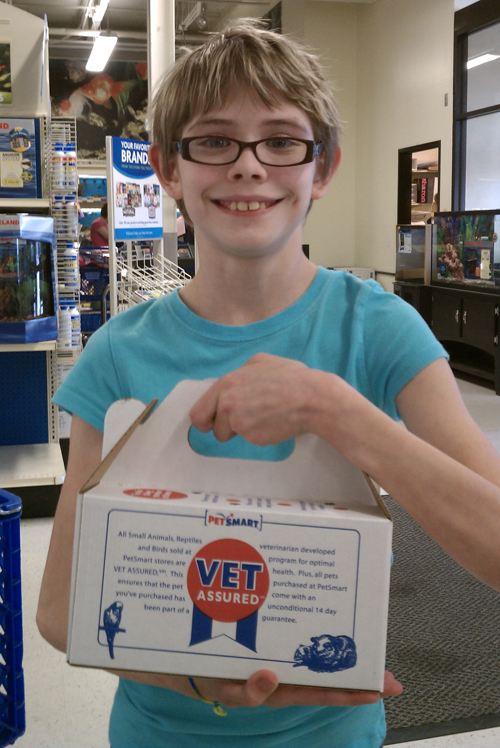 It was sort of like any other birthday present… in that he came in a box and, when we got home, Ashar got to open it up and have fun… while Mom dealt with the parts that were “some assembly required.” 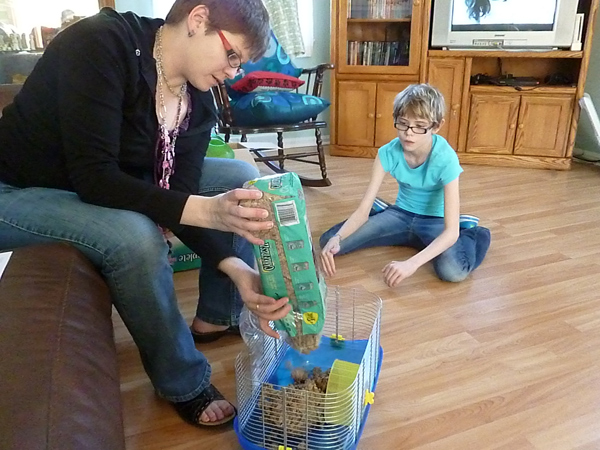 After we got the cage assembled and filled, we put it in the place of honor – the top of one piece of our entertainment center. In a house with five cats, finding a safe home for a hamster cage is no small feat. This was a good spot because Ashar can see it, it’s not in some out-of-the-way corner, and it’s still as close to cat-proof as we’re going to get. 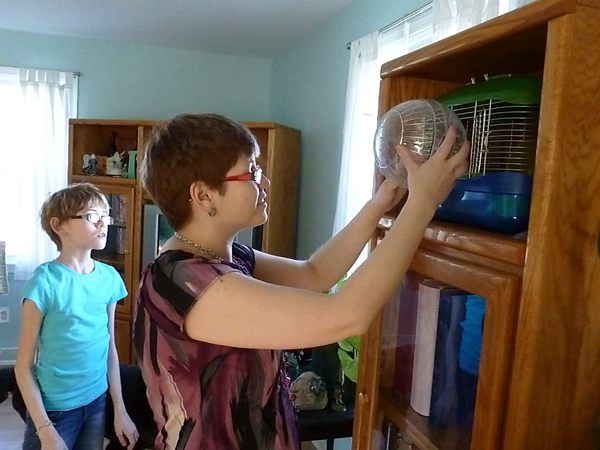 Ashar was VERY excited to watch Shadow settle in. He kind of amazed us – he was very interested in exploring his new home, even climbing (most hamster species, dwarf ones especially, don’t explore at that level for a couple of days when put in a new place.)

He also made “angry hamster noise” when we tried to wake him up to go back in his ball… if you’ve never heard it, it has a cricket-like quality, almost a clicking and squeaking together. I told Ashar we’d need to let him acclimate before we did much more. But watching him was totally OK – and she tuned in to “hamstervision” for about an hour. 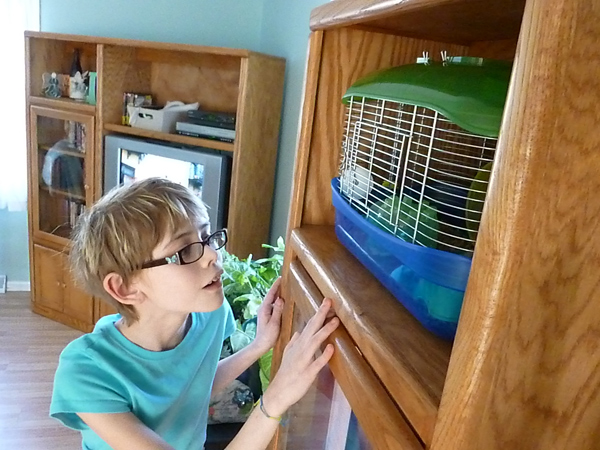 Wish us luck! We’ve had several hamsters in the past, and most if not all had some interesting quirks, to say the least. Let’s just hope this one doesn’t surprise us with babies, like one of our “male” hamsters did in the past.