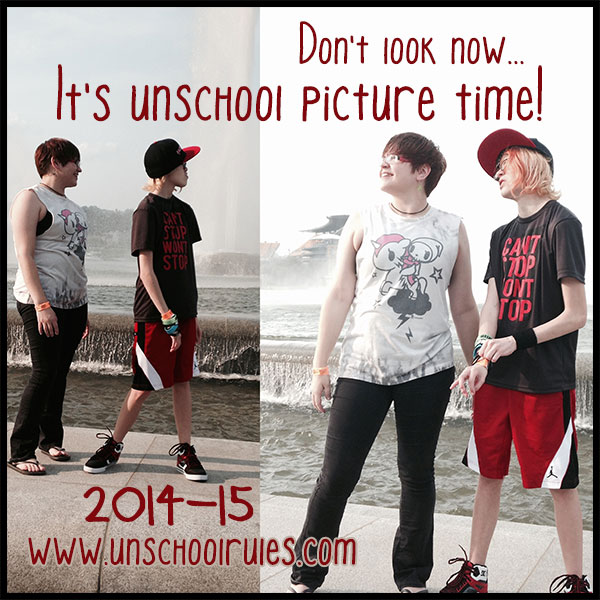 One of the things I love best about our family’s unschooling lifestyle is how often we get to go to cool new places and just explore.

So when we made a fairly impromptu trip to the Aug. 9 Steel City Con in Monroeville, PA, outside Pittsburgh, to collect Levar Burton’s autograph for Ashar’s collection of Star Trek: The Next Generation celebrities, we decided to ramble toward the city proper to end our day.

We ended up at Point State Park in Pittsburgh, wandering around the water, wading in the fountain, checking out PNC Park (home of the Pirates) and Heinz Field (home of the Steelers), and dreaming about owning a houseboat, because ain’t no way we could afford a house AND one of the boats so popular on the rivers there!

And we goofed off, relaxed and were generally silly whilst photo-documenting it all.

So when I realized that this week marked school pictures week in the iHomeschool Network’s 2014 Not-Back-To-School Blog Hop, just as I was sorting through our Pittsburgh pictures, I thought, how perfect! In case anyone’s new around here, that’s me at left; Ashar’s at right, looking just like me but with more hat and basketball gear.

We’re ready to blast off into the new year!

(And I’m excited, because we learned how to make an animated .gif in Photoshop. See, always learning?) 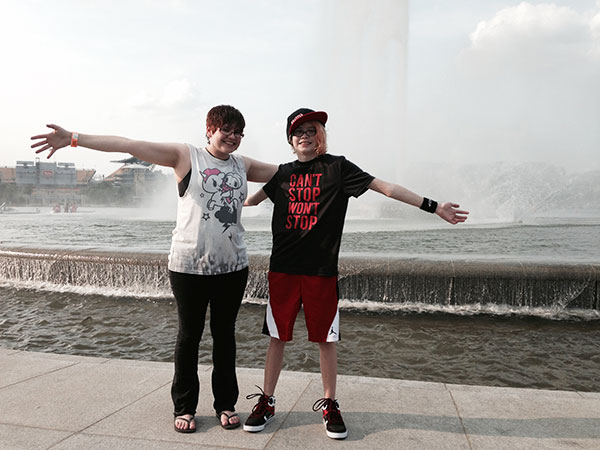 We hope your new year will be a blast, too!