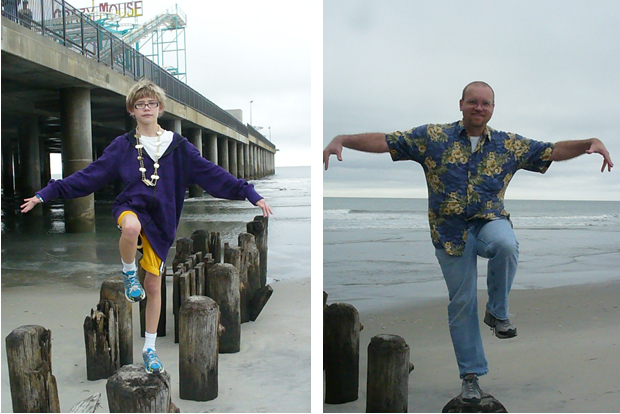 Last week, my mom was in Florida on vacation with one of my sisters, who has a vacation property in Treasure Island. Mom flew home last Friday, while my sister and brother-in-law stayed another week in Florida, so it was up to me to make sure she got picked up at the airport in Atlantic City, N.J.

Well, rather than make it a “drive all day alone” deal, I enlisted the rest of the Otto crew, and it turned into an overnight getaway for Chris, Ashar and me.

We left late in the day Thursday, spent the night at the Showboat in Atlantic City, and then got up Friday morning and enjoyed an amazing day at all sorts of shore points along the New Jersey coast, from Atlantic City all the way south to Avalon. 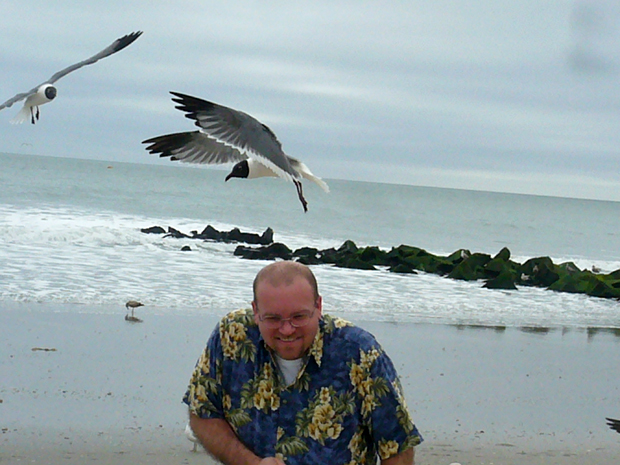 Hypothetically, if you feed the birds on the beach your leftover french fries after lunch at the Rainforest Cafe, said birds might get a little insistent and try to eat your head. 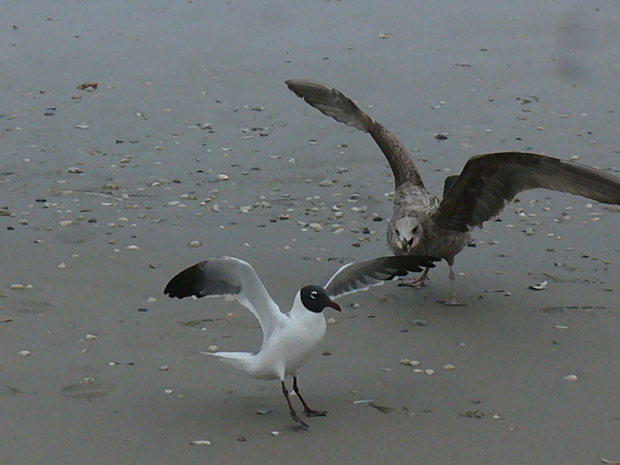 Then you end up with real-life “Angry Birds!”

We went to the Ripley’s Believe it or Not! odditorium, which I mentioned yesterday, and Ashar saw a statue of one of the world’s tallest-ever men, Robert Wadlow, who she was slightly shortly than. She also compared herself to Mr. Peanut, who was a bit closer in stature.

We also saw “Lucy the Elephant” in Margate, N.J., and Ashar was fascinated. It helped that she’d earlier chosen a stuffed elephant, who she’d named Atlantic, as her souvenir at the Rainforest Cafe. Well, then at Lucy, she got another stuffed elephant, who she named… wait for it… Lucy. I know, you’re shocked. She has plans to write a post on her own blog about Lucy’s history. 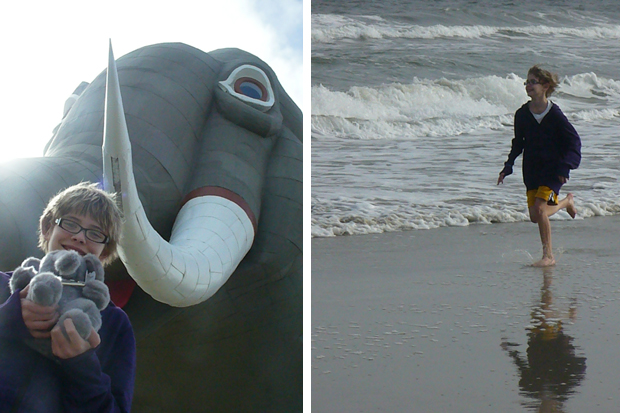 The scene at the right of Lucy was probably my favorite part of our trip. Ashar tends to HATE the feel of anything “weird.” She’s the kid who hates finger-painting, hates mud… and, historically, would not take off her shoes on the beach. So imagine how surprised I was when, while we walked along the beach in Ocean City, N.J., she said, “Mom, can I take off my shoes and go in the water?” Of course I said yes – and she ran back and forth in the surf for close to an hour. She was freezing by the time we were done – but she had a blast. (And, thankfully, we had dry clothes available!) That made me so happy I almost cried… here was my beautiful girl, willing to do something new and having a lot of fun, smiling the whole time. 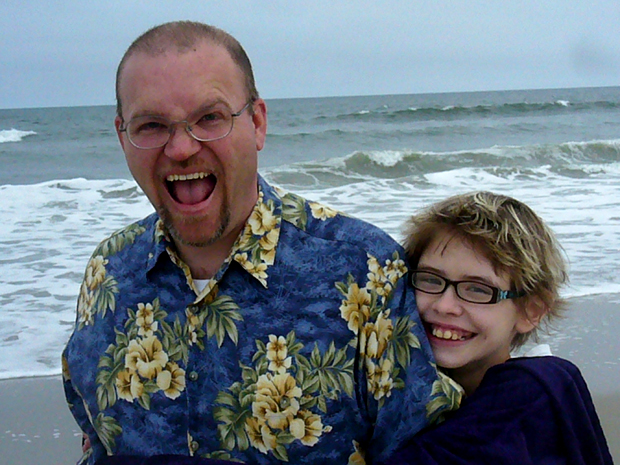 She was also very willing to give Daddy a wet hug. He was thrilled! 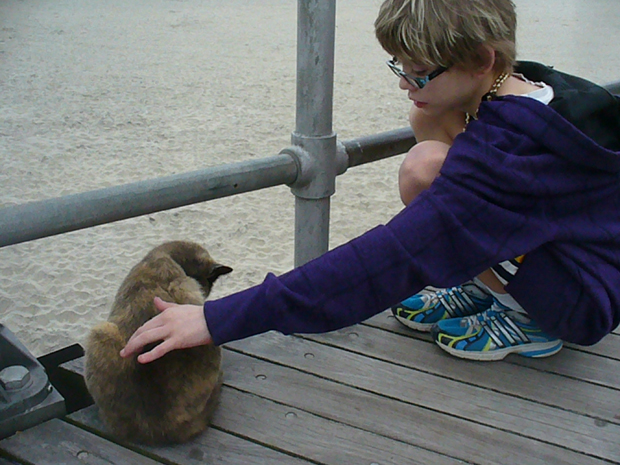 Ashar’s favorite part of the trip by far was meeting the Atlantic City “Boardwalk Cats.” This feral cat colony of about 175 animals is trapped, neutered and returned through a program by Alley Cat Allies, and some of the cats are friendly enough for human interaction. Here, Ashar’s petting a cat she dubbed Cinnamon, who was incredibly young and friendly and soft. Ashar says she wants to donate to Alley Cat Allies to help fund the Boardwalk Cats project; you can read more about that project here. 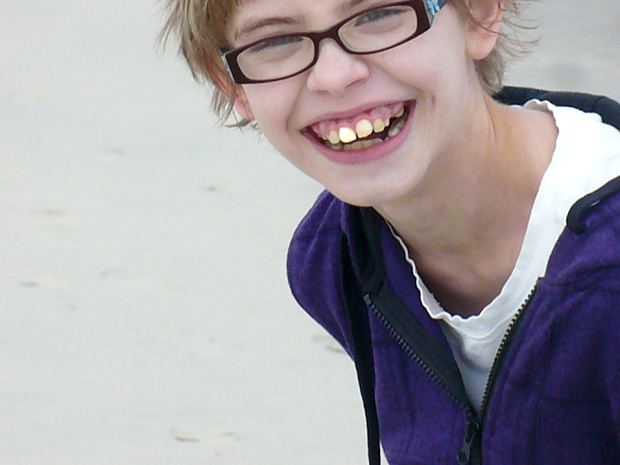 Best part of the day for me, like I said, was just seeing my girl smile as she ran in and out of that ocean. For a lot of reasons, it summed up our journey toward homeschooling and our experiences since then… it’s like we were afraid of so many things, and then once we took off our shoes and waded in, we just took off running. And I love it.

3 thoughts on “Our scrapbook: A whirlwind day at the shore”