I’m a little late posting it, but LAST week, Ashar went to an awesome Lego day camp just a few minutes from our home. It’s run by an organization called Bricks 4 Kidz, which is sort of a franchise for Lego programs.

The local organizers were wonderful, especially Heather, who led Ashar’s junior robotics camp. She’s a former programmer, and she had the kids working with motors and Lego’s WeDu programming software to build things like an alligator that opened its mouth, amusement-park rides and more.

I don’t think Ashar has ever had so much fun at a program she went to, or spoken so highly of the new friends she made.

Here’s a look at some of the best parts of the week in pictures. 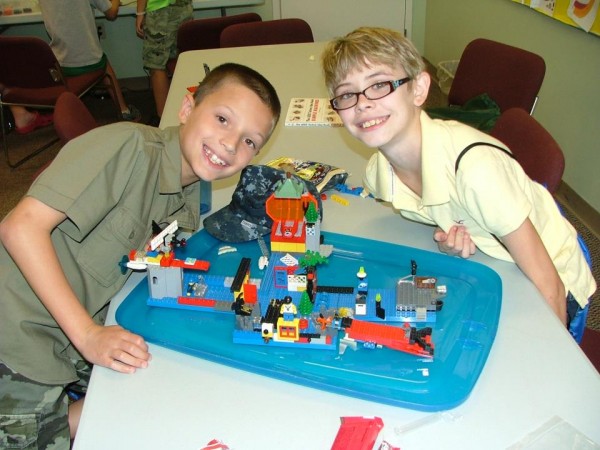 This is Ashar with her partner for the week and new friend, Nathan. (Many thanks, by the way, to Heather for sharing this picture on the Bricks 4 Kidz York Facebook page, because I didn’t get a single good shot of the two of them in my photos!) 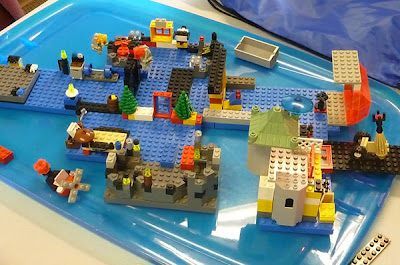 This was the naval fort that a bunch of the camp members worked on together. The captain’s area was at the top right, and Ashar’s parts are on the blue bases to the top and left. “My title was bomber,” Ashar said. Well, then. 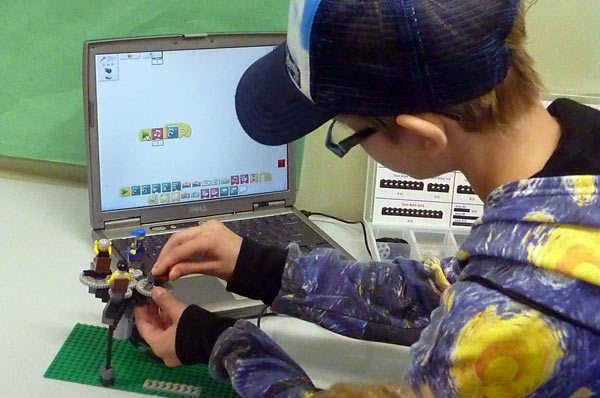 This is Ashar putting some tweaks on her final project, “The Super-Duper Ride of Death.” Yes, really. It’s a set of four spinning seats that could almost make you motion-sick watching it. But Ashar was explaining how the non-friction pins make it spin faster, and how two of the seats spin faster than the other two because they have the same gear size as the drive gear in the center. 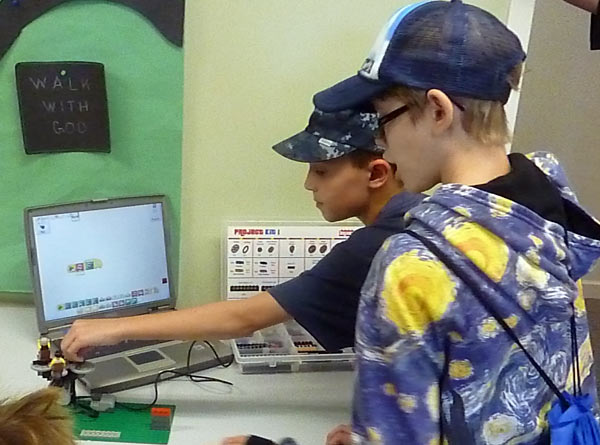 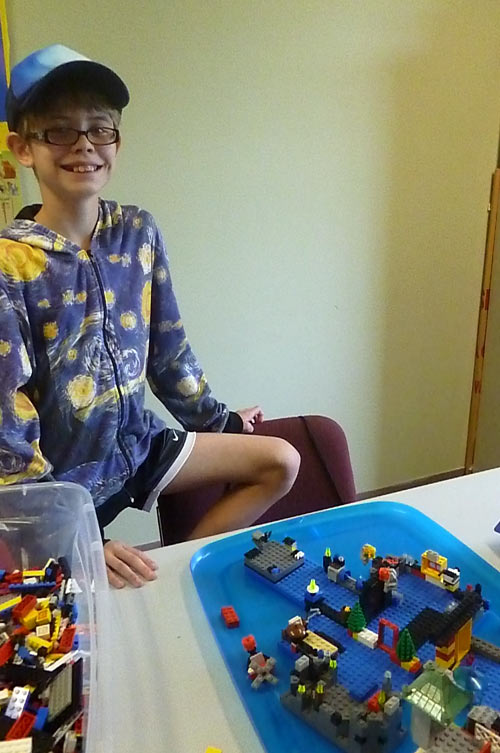 And this is Ashar with some of the free play bricks and the fort!

She’s already signed up for a single-day workshop in November, a Space Adventure camp during a public-school in-service day, and I just bet she’ll be begging to do more!

One thought on “Our scrapbook: Photos from Lego Junior Robotics Camp”