It’s “back to school photo” week on the Not Back To School Blog Hop this week.

While we’ve been back to school since July 1, officially, today is the day that a lot of districts in our area return, so it seemed like a good time to share our own photos of what we’re doing.

These were all taken last night, Aug. 21, when Ashar attended her first meeting for the local 4-H alpaca club, which she is excited to be joining! (It will be her second club; she’s also in Wildlife Watchers, which has been a wonderful experience as well!)

You don’t have to house an alpaca (which the township would not look kindly upon) to join! A wonderful alpaca farm owner, Beth, of Painted Spring Alpacas, runs the club, and she lets the kids use her animals to work with and show! 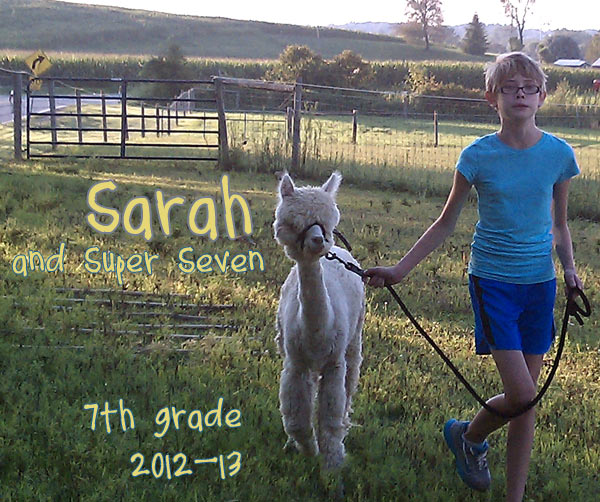 Best thing ever: The first alpaca Ashar worked with was named Super Seven!

Can you say “great fit for seventh-grade pictures”? Ha. (He’s so named because he was born on 7/7/11, it turns out.) He was the sweetest boy; completely willing to run through all the obstacles. 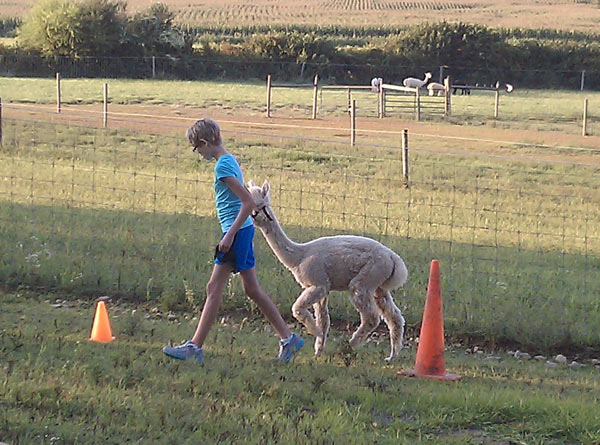 Here, Ashar and Super Seven take on the cones, one of the simpler obstacles on the course. 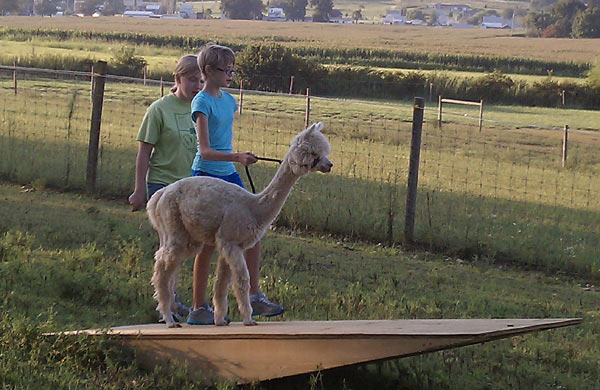 I have to take a minute here and say that as a whole, the kids we’ve met through 4-H have been some of THE nicest young people I’ve ever met, and the four young ladies at last night’s meeting were no exception.

One of the older girls, Meredith, was helping Ashar (I think Super Seven is normally “her” alpaca), and she was just so friendly and helpful. Ashar loved getting to know her!

Here, Meredith is showing Ashar how to help Super Seven not be so nervous on the teeter-totter, which was a good exercise for Ashar’s balance, too! 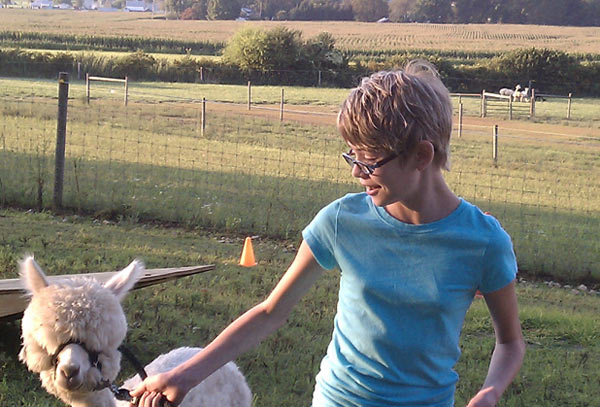 So sometimes, alpacas don’t quite want to do what YOU want them to do. (Kind of like seventh-graders.) But if you encourage them, they’ll usually cooperate. (The alpacas, at least…) 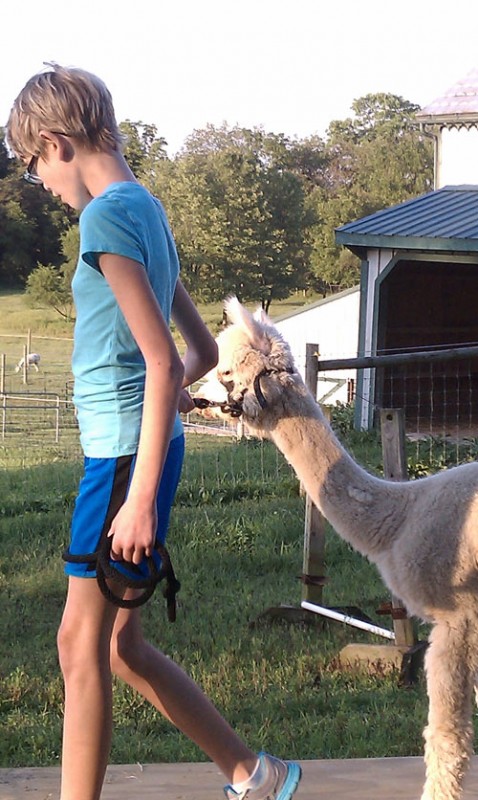 Here, Ashar’s leading Super Seven across a platform that has a ramp on one side and steps on another. Apparently, alpacas aren’t great with steps – who knew? But he was a trouper! 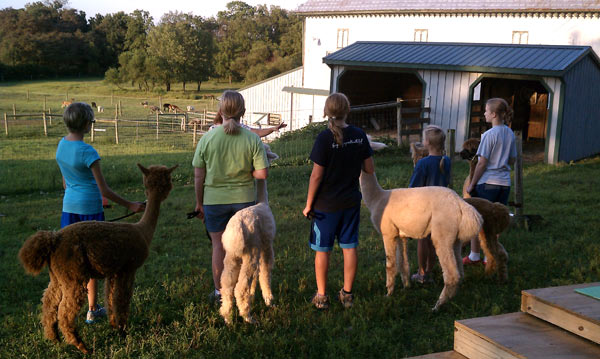 Here, the girls are practicing showmanship – learning to always keep their eyes on the judge, a smile on their faces, and the animal between themselves and the judge. Here, Meredith has Super Seven and Ashar has his friend, who I think was named Arpeggio.

We’ll be having some “real” photos shot with Ashar soon – THREE of my best friends are photographers, so they are always willing to share their expertise with us! – but I liked having a chance to show one of the best things about homeschooling so far, which is that Ashar gets to live her passion, working with animals, in all sorts of ways!

(Oh, and in case you missed the first installment, our entry for “Curriculum Week,” the first week’s theme, was the unschooled version of a seventh-grade-ish curriculum plan, and “Schoolroom Week,” last week’s post, featured a family bookshelf tour!

8 thoughts on “Our school pictures – now with 50% more livestock”