Our very first stop during our vacation to Washington, D.C., last week was the National Museum of the American Indian, one of the Smithsonian museums, sadly a bit lesser-known than some.

It is an amazing museum! Of course, we’re big into American Indians right now (we’re just finishing the fourth book of the Indian in the Cupboard series by Lynn Reid Banks, titled “The Mystery of the Cupboard,” and getting ready to start the fifth, “The Key to the Indian”) – so this museum was a must-see!

We’ve got a ton of photos from our trip, and visited so many places, so what I’m hoping to do over the next couple of weeks is share just the highlights of what we learned and what topics we hope to explore further as a family. 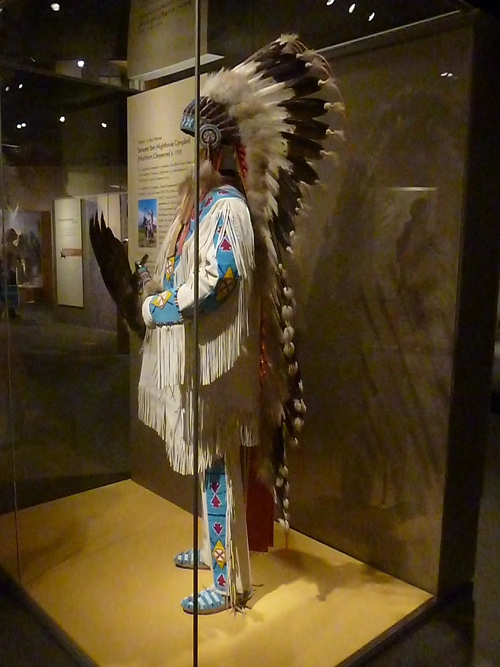 As we’ve been reading about various Native Americans, Ashar has been fascinated with chiefs and, in particular, their regalia. She loved seeing this ceremonial headdress. 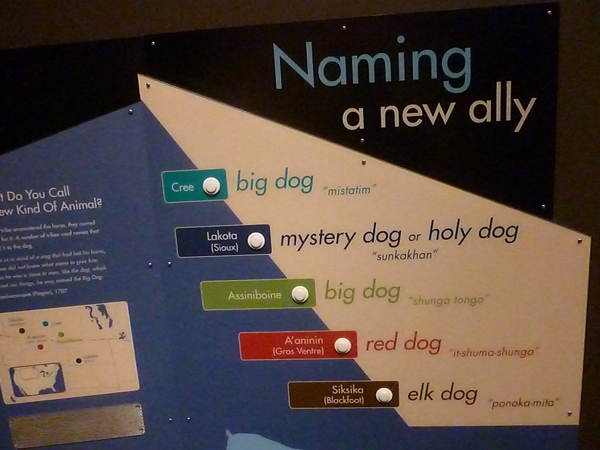 This might have been one of the things that most made me think from the museum. We’ve been talking, as we’ve started a biography of Sitting Bull, a Sioux chief, about how horses were not “native” to the Native Americans, but rather came to the Americas by way of the Spanish settlers. When I’d thought of that, though, I’d have thought the Indians would most liken them to deer or maybe moose – something I’d consider “horse-like.” 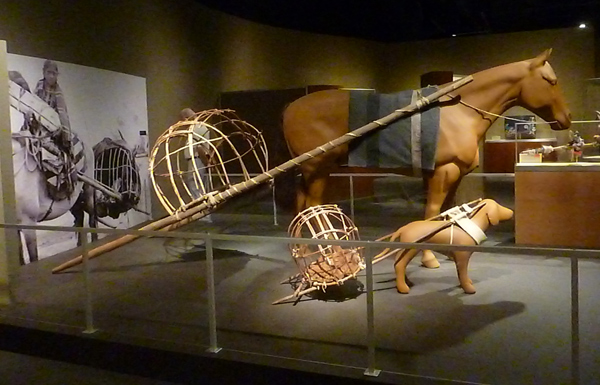 Interestingly, the words various tribes created for horse were not based on how the animal looked, but instead, what function it performed. As a fairly domesticated animal good for hauling items… that meant, to them, the horse was most like the dog, which they’d previously used to haul travois. (PS – in the photo above, I was just glad to be able to SHOW Ashar a travois, because I’d done a pretty terrible job explaining what one was!)

As someone who’s fascinated by language, this dog/horse thing really resonated with me, and I’m personally interested in reading more about some Native American etymology now! 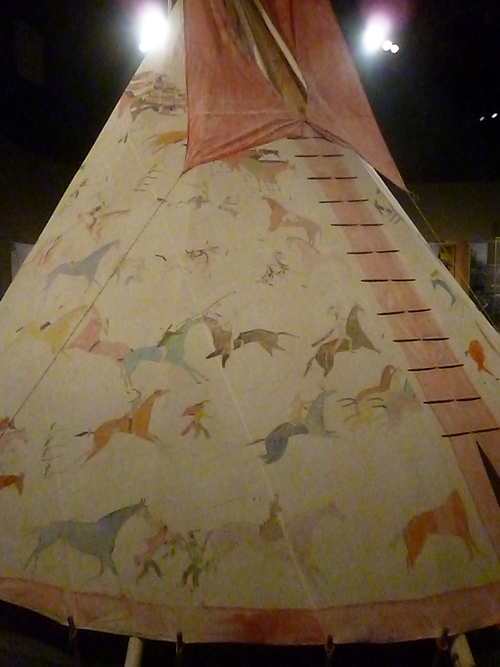 This was a real tepee from the 1800s – with real paintings on it of horses and the like. Ashar has already decorated a model tepee of her own and has been studying native symbology, but I bet we’ll see even more of an interest in it! 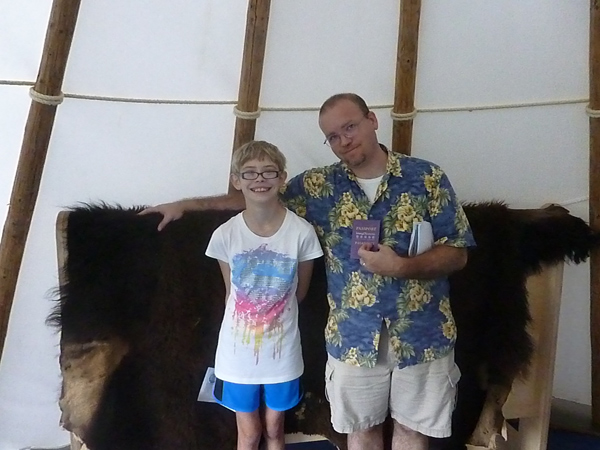 Animal furs have become a real passion of Ashar’s – which is weird, because she’s a total animal-lover, and she HATES to think of any animal dying… but in her case, I think she figures, OK, but if it’s dead already, why not respect its fur? (I don’t know exactly!) She loved feeling this real buffalo hide while standing with Chris inside a not-so-real tepee (a replica, part of the museum’s interactive exhibit for kids.)

That exhibit, by the way, is awesome. The little purple “passport” book Chris is holding up is free and holds stamps from throughout the exhibit of different tribes’ official seals, which you get when you’ve read about them or participated in an activity about them. We all really loved it! 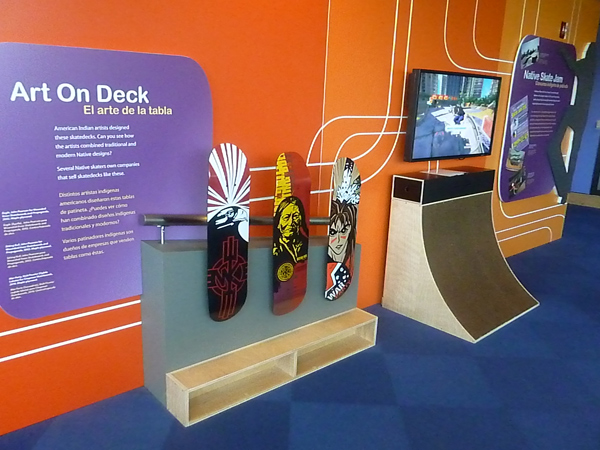 This was one of Ashar’s favorite parts of both that hands-on exhibit and the museum as a whole – a set of skateboard decks built to memorialize key parts of Native American culture, including, in the center, Sitting Bull, who we’re currently reading a biography about.

One part of the museum in which I didn’t take pictures was an exhibit on Native Americans in the Olympics – and that’s where Ashar learned about Jim Thorpe!

Her souvenir from this museum, in fact, was Jim’s biography – and she’s already started reading it, and says she wants to visit the town of Jim Thorpe, here in Pennsylvania, which renamed itself in his honor after his death!

This post is part of the iHomeschool Network’s Best Homeschool Field Trips linkup. Click the image below to read more from this series! 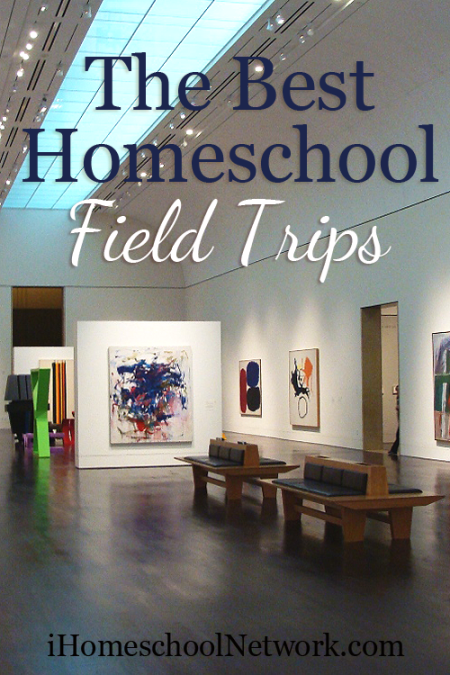 4 thoughts on “Our scrapbook: Visiting the National Museum of the American Indian”