Disclosure: This post has some affiliate links. I only link to things we legitimately use and recommend, so if you see such a link, it's because we really do believe in the book or item!
Today, we’ll finish up the series with a look at real-world math resources you’ll love.

This is simply a list of the things we’ve personally enjoyed or found valuable.

Everything on this list is here because we highly recommend it!

Parabolas in Super Mario Brothers – how much cooler can you get? Things like this abound on YouTube, so I have to suggest, as my top “real-world” math resource, simply searching for videos of things like “cooking math experiments” or “fractal snowflakes” and just seeing what you come up with. I guarantee you and your kids alike can get lost in this stuff for hours.

Of all things, Ashar loved a little learn-to-read book called The Dragon’s Scales when she was younger. It’s all about a dragon who besieges a town until they can figure out how to correctly answer some questions about weight. It’s pretty funny!

A new thing we’re adding to our book collection this year, after hearing rave reviews from a lot of people I trust, is the Life of Fred book series.

This set of about two dozen books covers everything from basic addition to college calculus in a fun story format.

Yes, you can use these like “textbooks.” But forget that – they’re fun to read aloud and talk about.

The absolute best part, in my opinion, is that no matter how old you or your children are, it’s not demeaning in any way to start at the very first book, “Life of Fred: Apples,” and go over some of the basics in disguise as you get the background for the story.

We’ve ordered the beginning set of 10 books and hope to read through them all this year, before moving on to the four-book “middle grade” series.

I should also add that while this series is described as Christian, we are a secular homeschooling family and have not had any problems taking what religious references we’ve found and using them to discuss what different people believe, which we like to do anyway.

Moneyball is a book – and, sadly more famously, a movie – that’s, on the surface, about statistics, but it’s really about thinking a new thought and the excitement of figuring something amazing out.

I highly recommend both reading it and watching it. Anyone about 10 or older could probably follow the plot of the movie, though I think there’s some pretty serious profanity, but I wouldn’t recommend the book to anyone under about 14, just because of how deep it goes into the mathematics. (It’s interesting, though – honest!)

Websites that feature math in action (or disguise, if you prefer!)

The U.S. Mint offers a neat site for kids that talks about coins and how they’re made. Check it out here.

RealWorldMath.org is great – it uses Google Earth to showcase math lessons, and best part, it’s free! You’ve got to see it.

Exploratorium’s The Accidental Scientist is where I found this great kitchen-measurement equivalency chart I’d mentioned in Tuesday’s post.

In fact, ALL of Exploratorium is great. Explore some of their resources here, and especially don’t miss this breakdown about sports science that I mentioned in Thursday’s post!

MathMovesU is a wonderful game site created by engineering contractor Raytheon (the company that happens to employ my awesome older brother, so I’m a bit biased). Designed to help middle-schoolers see real-world applications, it deals with everything from sports statistics to amusement-part rides in a fun, completely non-threatening way. You can play here; it’s free, but you do need to register.

Smath is the most obviously “mathy” game I’ve ever played. It works like Scrabble, but you lay equations in grids instead of words. The good thing is that it works with players of many “math skill” levels – something simple can intersect with something quite complex. (Dork alert: This was one of my favorite childhood games.)

Math Dice and Dicecapades are two games, one math-focused and one not, that show you how much fun you can have with numbers on a rollable cube.

I can’t forget Monopoly – the classic kind where you don’t have an electronic banker. That’s great for teaching bargaining, banking, making change and more! (Also, sadly, bankruptcy, if you’re as bad at it as I am.) The Game of Life falls into the same category.

Ashar is very good at logic games, and two she loves in particular are Rummikub and Rush Hour. At first, these might not seem as “math-based,” but one thing my experience in higher mathematics taught me was the value of logic and what I call organizational thinking, and these games are great for those!

Many thanks to Unschool RULES reader Vanessa Pruitt, who suggested Hi Ho Cherry-O as a great game for younger children! Would you believe I had never played that one – but I have heard it is great and am very pleased to add it to our list!

My daughter happens to love video games, especially those where you take care of virtual pets and earn money that you then use to buy more virtual pets. Some of her favorites are the Nintendogs series, the Pet Vet series and the Horsez (or Catz or Dogz) series. I am actually amazed sometimes how much she has learned about money management and even basic addition and subtraction through these games, as well as some basic and sometimes more advanced animal science!

If you’ve got a Wii, you wouldn’t believe what you can learn about physics and angles by playing Wii Sports. Our whole family has a good time, gets a little bit of exercise and, yes, has actually learned something from it.

Meanwhile, fellow blogger Aadel of These Temporary Tents adds Roblox and Minyanland as websites her kids love. I am definitely going to share those with Ashar and see if they spark her interest as well! (And Aadel has an amazing post about math strategy over math “facts” that I consider a must-read.)

One last addition, which we purchased just recently and which has turned into almost a “game” for Ashar, is the TI-34 Multiview Calculator.

The cool thing with this is that it displays fractions that look like fractions – one number atop the other – and does all the “scientific” stuff you will likely ever need.

Ashar likes it because she can write more than one line of “calculator text” – you know, 07734 upside-down spells hello, and all that? I like it because it’s a calculator and I’m the girl who had named her graphing calculator in high school. To each her own.

Jamie over at The Unlikely Homeschool has a great post as part of the “5 days of” series this week on real-world math as well… check it out here for more fun resources, especially games, that will get you and your kids thinking! 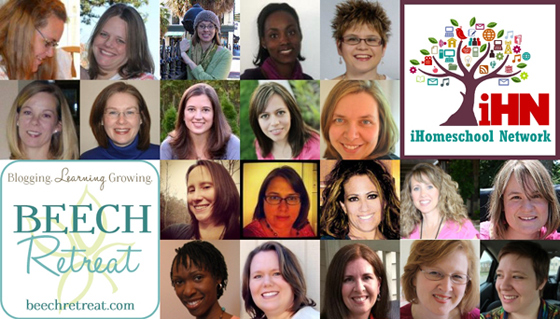