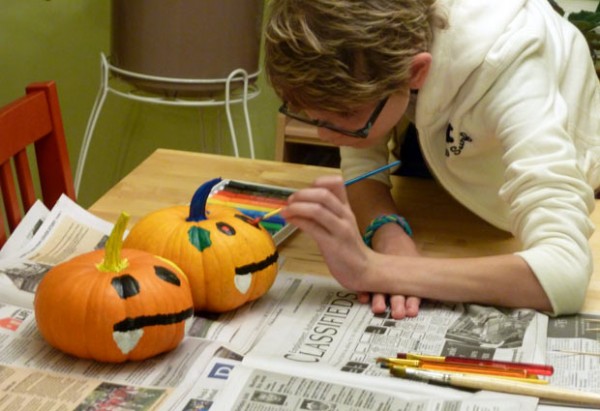 We had a rather frightening crop of surprise pumpkins in our side yard this year, thanks to my spur-of-the-moment decision last fall to throw our rotting pumpkins on the compost heap. 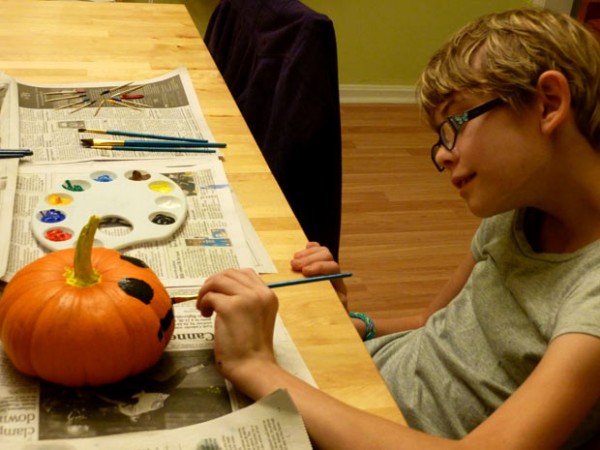 These things were HUGE. They, along with two Attack of the Killer Tomatoes plants, took over a side of the house.

Well, we harvested them (finally) and came up with quite the showing of pumpkins and gourds! Until now, though, they’d all simply been sitting on our bench out front, not even particularly decoratively. 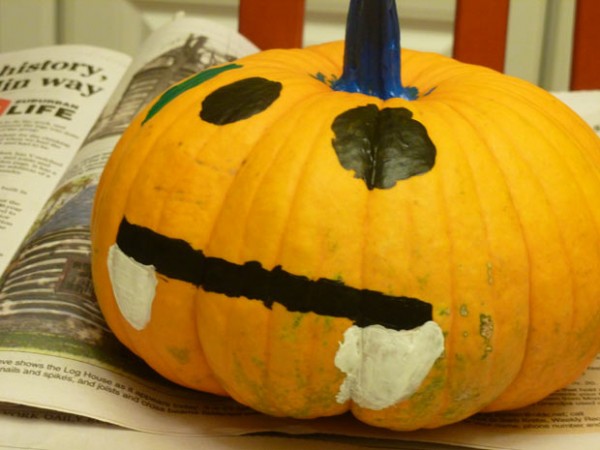 About two days ago, Ashar came in and wanted to know if she could paint a pumpkin. She had one all picked out – and named him Spooky.

Tonight after dinner, she set to painting. You can see Spooky, mostly finished, above. He’s got a green scar and large, fang-like teeth.

Ashar says he has a green scar “because he was playing in the grass and he got a stain that never came off.” There you have it! 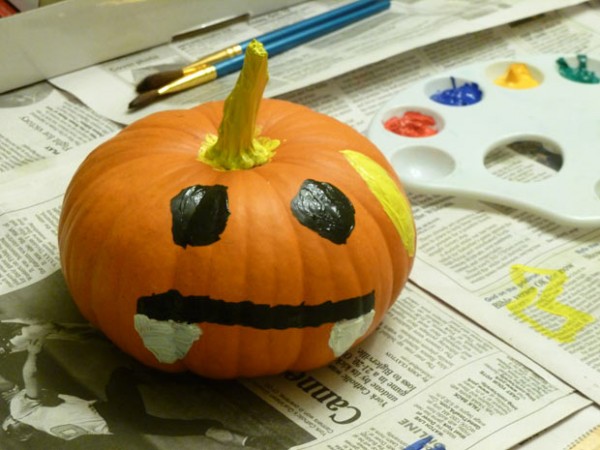 After doing the first one, she thought she’d do another. This time, she first tried to write out a quote about happiness, but quickly realized that long quotes and small pumpkins aren’t an ideal fit.

Thankfully, acrylic paint washes off of pumpkins! (Add that to the list of things Mom learned today!) 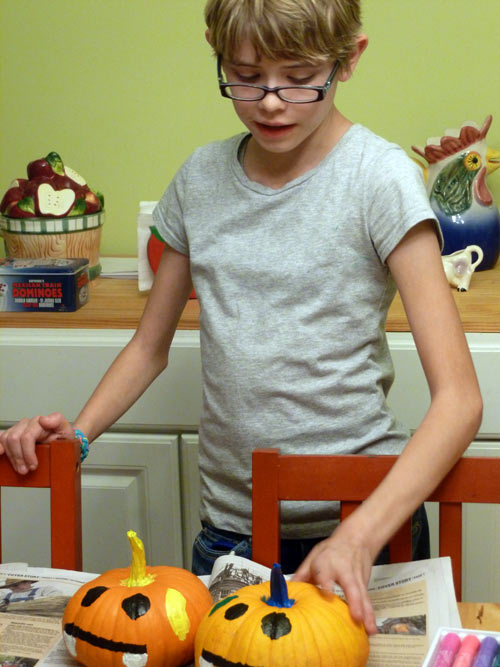 So instead, happy with how Spooky turned out, Ashar created a brother for him, this time named Lightning. (Because he has a lightning-like yellow birthmark.) 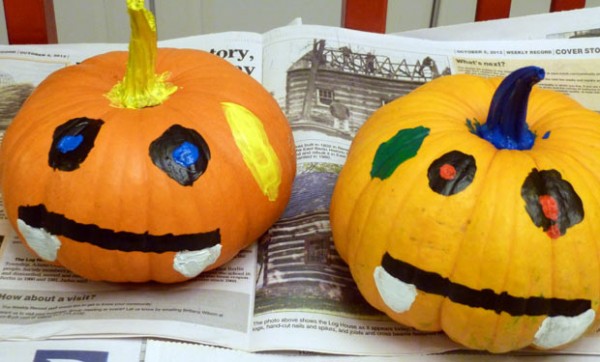 The best part, in my opinion, is that they both have a “mohawk.” Ashar said she wanted to do something with the stem other than having it look like a stem, so she painted both and said, “Look, mohawks!”

6 thoughts on “Painting on pumpkins: Meet Spooky and Lightning”