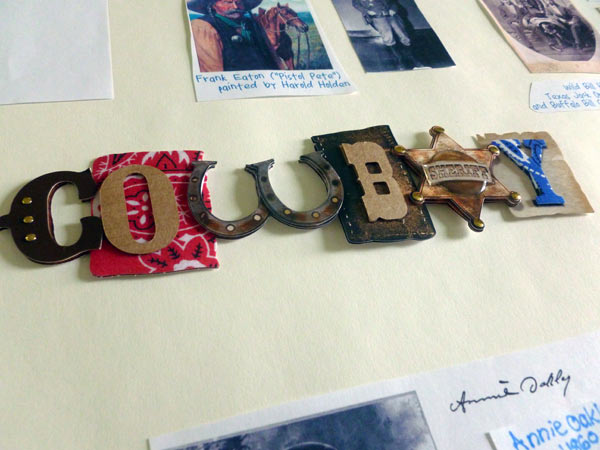 Remember how Ashar has been excited about cowboys and Indians this year?

Well, while we were browsing at the craft store last month, we found the awesome “Cowboy” sticker above – in the clearance bin! It’s 3-D and, yes, the scrapbooker in me thinks it’s very cool. Ashar begged, I bought, and I thought, “What on earth are we going to do with this?”

So one day, not that long ago, I said, “Hey, Ashar, do you want to make a cowboy poster together with your sticker?” She was THRILLED. I had no idea what a cowboy poster might turn into – I was sort of figuring she’d want to draw, or to print a bunch of pictures.

She actually did some research – and came up with a theme of famous Wild West figures, including their dates of birth and death and quotes, their signatures where she could find them, and some notable facts! Since they’re hard to read if you try to view the full poster, I’m including images of each block instead. 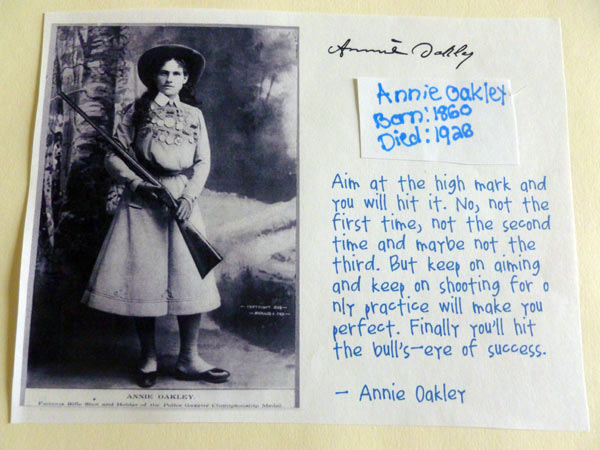 Here’s the only lady in the bunch – Annie Oakley. Ashar wrote Annie’s name and dates of birth and death, then she found this quote and asked me to format it for her along with the picture! 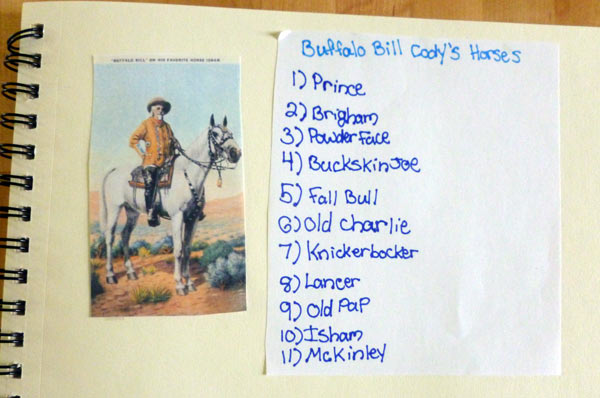 Buffalo Bill’s image is a postcard of him on horseback. Since Ashar collects postcards, that’s the image we had to use – and then she wanted to know what his horse’s name was. Well, we weren’t sure, but we found a list of most of his horses, which she rewrote for her poster! 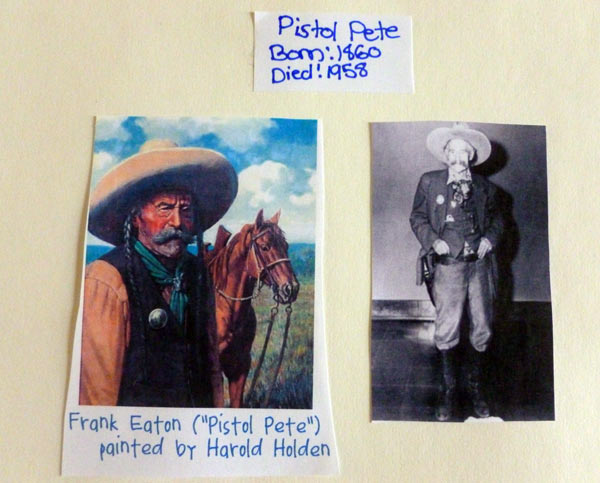 Pistol Pete was a cowboy we found by accident – but the funniest part is that there’s an alpaca on our 4-H alpaca farm named Petey (short for Painted Spring’s Pistol Pete), so that made him a keeper too. 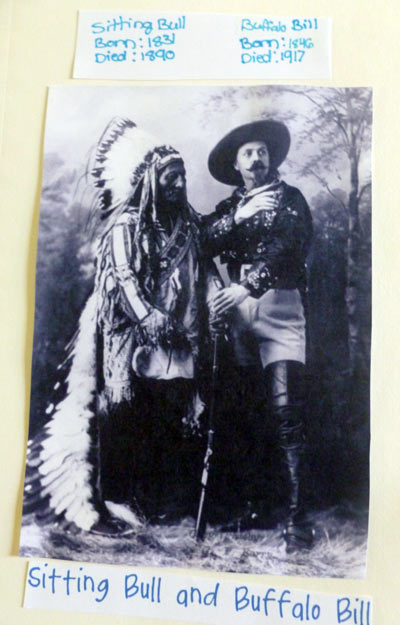 Buffalo Bill actually got to appear on the poster three times – including in the section we showed earlier, on his own, and another, seen here, with Sioux chief Sitting Bull, whose biography we read earlier this year. 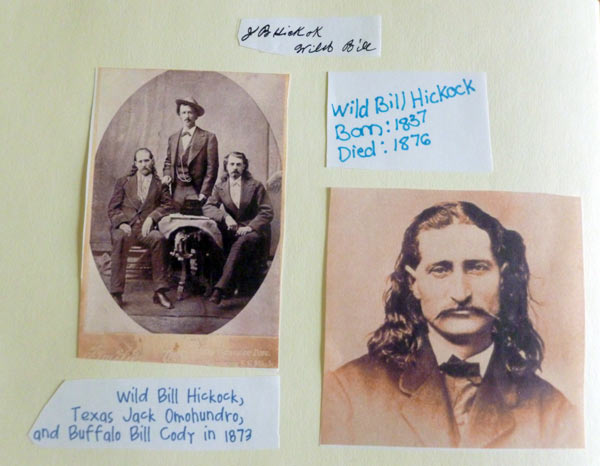 He also appeared in a photo with Wild Bill Hickock, who was one of Ashar’s favorite Wild West heroes. 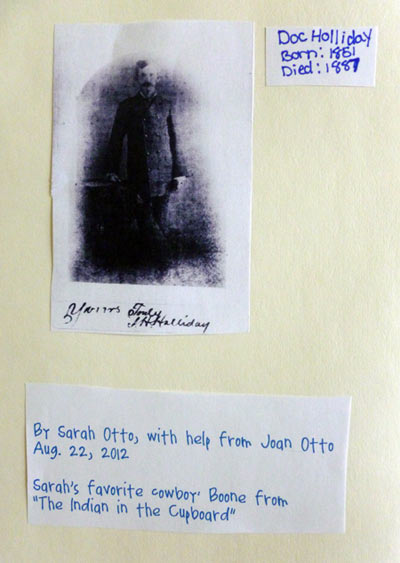 Finally, we finished up with Doc Holliday and his autograph (and Ashar’s notes about her own favorite cowboy, albeit a fictional one!) I told her I wanted to write about her poster, and she said, “I hope everyone likes it and learns a new cowboy or Wild West fact!”)