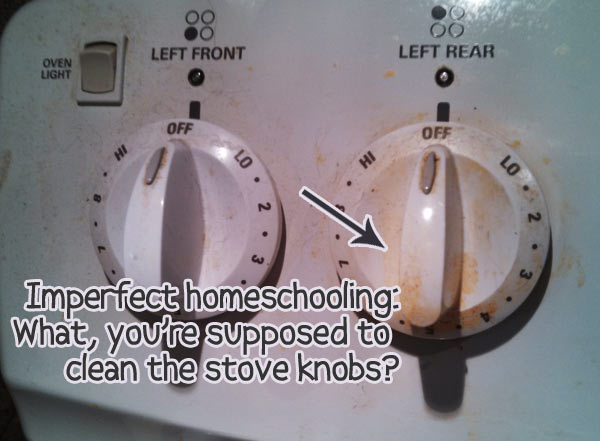 Sometimes, homeschool blogging can make it look like our family – or any family – has it “all together.”

Pssh. Not so much.

So when I heard that my fellow iHomeschool Network bloggers were joining together today to share stories of our imperfect homeschool, I was definitely in!

This is a post that looks at the many days full of pajamas, arguments, glazed eyeballs and too much cat hair.

Welcome to our hot mess.

Here it is, unedited, unfiltered, unpretty – a collection of some of the head-smacking moments of our past couple years.

I’m sharing this in the hope that you’ll read it and see your own family in the way we see ours – NOT as a picture-perfect unattainable snapshot, but as a collection of imperfection all bound together with grace and each other into something more than the sum of its parts!

When the unschooling isn’t so hot

Ah, here’s one for you. In Pennsylvania, we are required to have a year-end meeting with an evaluator who decides if Ashar has made “sustained progress” throughout the year. 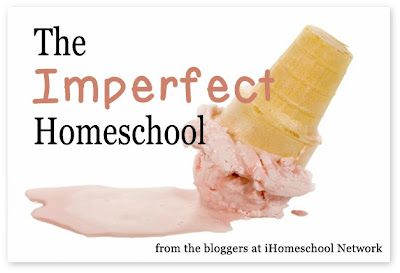 So for both of our evaluations, she has been almost silent the entire time (though thankfully speaking up JUST enough to get a “pass”), and at the recent one, she literally hid her whole body inside her hoodie and would not speak or show her face. She did manage to basically gnaw the zipper of her hoodie into oblivion, though.

Then there’s the part where Ashar (who is literal) tells the evaluator that she doesn’t know the last book she read because she doesn’t read books.

At which point I have to jump in and explain that we read as a family through read-alouds, and we all take turns reading (including Sarah), but that means that in her very literal sense, she did not read the book, WE did. ::headsmack::

The sad part is that since I feel like, as the legal supervisor of our home-education program, I’m the one on the spot if Ashar doesn’t reflect continued progress, these sorts of things tend to embarrass me, which leads to me getting grouchy, which makes things worse, until we’re ALL going home almost in tears or with stress headaches!

Guess you know we don’t have pictures of THOSE homeschool moments!

When the house and its people are a wreck

What, you work from home, homeschool, and keep a great house? You’re either sleep-deprived or lying. 🙂

There are days almost every single week where I ask myself, “When was the last time Ashar took a shower? For that matter, when did I?”

There are PLENTY of days where I stay in my pajamas all day, no makeup, hair unbrushed. Ashar actually does a better job of getting dressed daily than I do.

And then there’s the natural casualty of living in a home with a large dog, five cats and a hamster.

When I show photos of our home in posts, they often look like this: 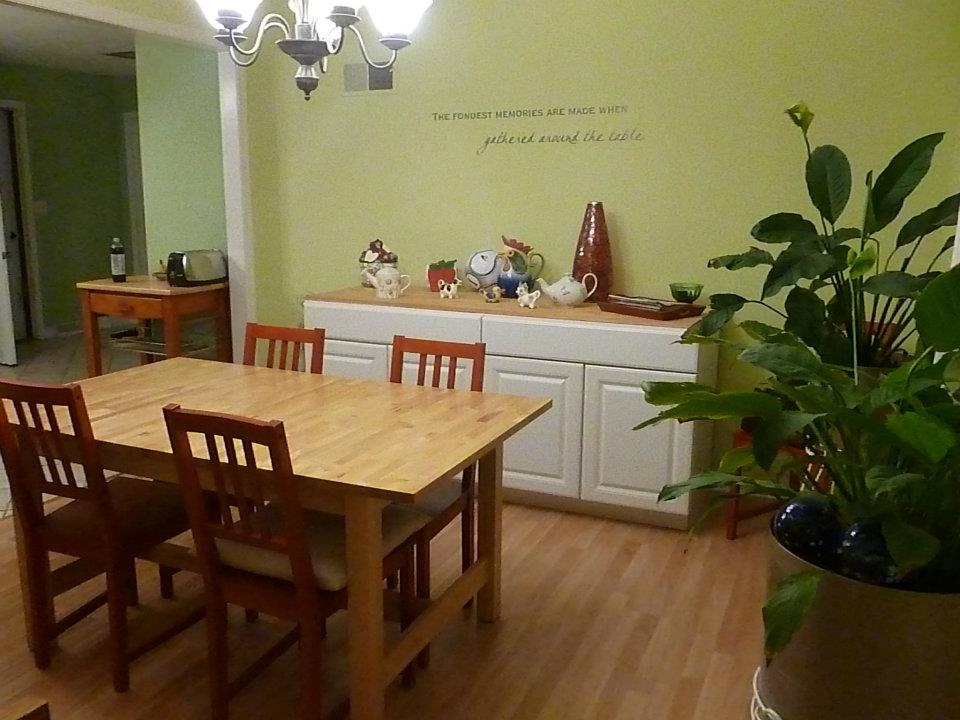 What you CAN’T see in these photos are the corners, the tucked-away places, the hidden hairball zones. THOSE don’t look like the photo
above. They look more like this: 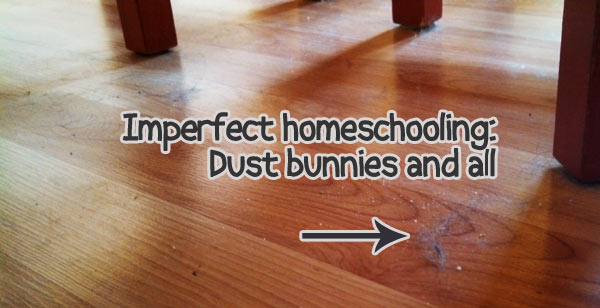 Then there’s my general forgetful nature. That means we have scenes like this: 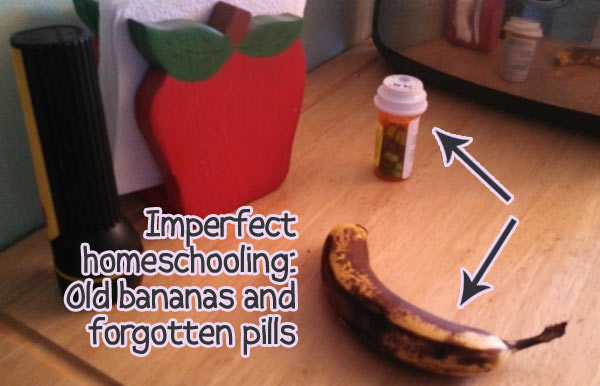 Yes, that banana should have left before it started drawing gnats. Yes, those are the antibiotics we were supposed to give the dog after his tooth-cleaning two weeks ago, which we remembered for about four days before slacking off. (And yet, there they still sit.)

My house, like my homeschool experience, is far from from perfect!

When the family is disconnected

Sometimes, the problem is really one of disconnection. These are the times when Ashar is SUPER-interested in learning something and we basically fall short as facilitators or coaches.

We went through a phase where Ashar was super-into everything space-related. Chris had ideas for dozens of things to watch and places to visit in keeping with that theme, and every evening, around 11 p.m., Ashar would ask if we could watch one of the movies we’d talked about, and that she was interested in.

She wanted to do a science experiment at 2 a.m. We put her off.

She wanted to go tour a local factory. I had to work on the tour’s only open day.

All of these things are bound to happen. But our worst days and weeks are the ones where we have more “misses” than connections. We’re roommates, but not a family. We ignore each other.

But there is so much good here!

We’re nothing close to perfect. But we’re trying. And I humbly submit that pajamas, hairballs and moldy food in the fridge, while certainly not super-wonderful, are not what we’re most concerned with.

We love each other. And that happens even when the bananas are rotten and we’re arguing and Ashar doesn’t know what 25 times 2 is.

27 thoughts on “The days that are anything but picture-perfect: When our unschooling is a hot mess”