Welcome to March! It’s finally starting to get warmer here in Pennsylvania, and that and some fun plans we had earlier in the month made February’s wrapup post a little later than I’d like. It was a fun unschooling month filled with animals, friends, ancient Egypt, and a huge milestone. I hope you’ll check it out! 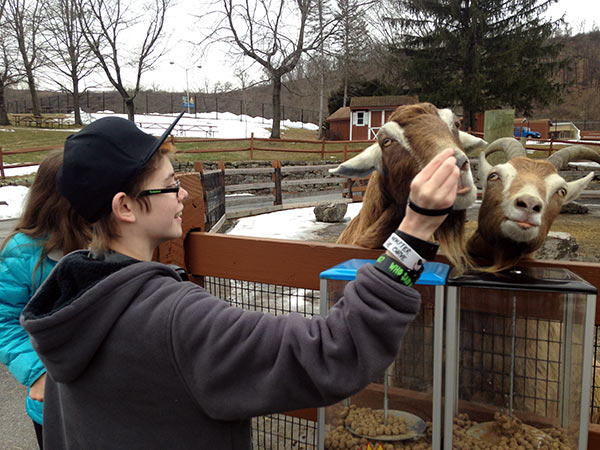 Ashar enjoyed feeding the goats at the Lehigh Valley Zoo. The goat, meanwhile, enjoyed sticking out his tongue. 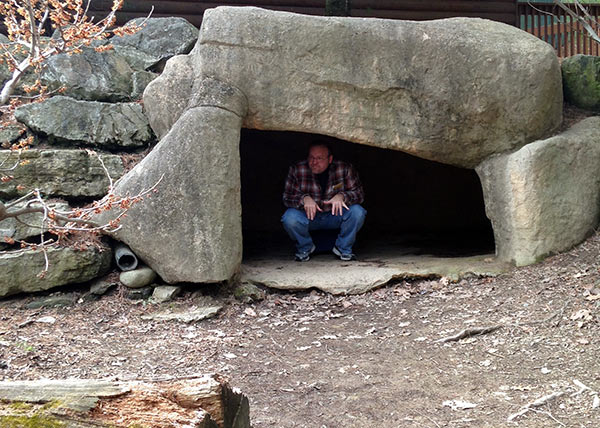 Err, I don’t think they normally have those at the zoo. Here, Chris shows off a replica wolf den.

Disclosure: This post has some affiliate links. I only link to things we legitimately use and recommend, so if you see such a link, it's because we really do believe in the book or item!
We really didn’t do a ton of traditional reading this month – a lot of internet stuff, which I don’t keep track of as closely – but we read a TON from National Geographic History magazine.

We are actually big into magazines in our family, and this one was well worth the subscription. It sends us down a bunch of history- and geography-related rabbit trails every month.

Specifically, both of the last two issues had articles on ancient Egypt. We read about Akhenaten, the pharoah written out of history, as well as more about King Tut, who Ashar had read a lot about during one of our first years homeschooling (cute cameo photo of this here). Even cooler, Ashar remembered, when we picked up the Akhenaten article, that some scholars believe he was Tutenkhamun’s father!

You might know we like stuffed penguins. A LOT. So when the Lehigh Valley Zoo gift shop contained many, many of our favorite Aurora World penguins, Ashar had to show them off. 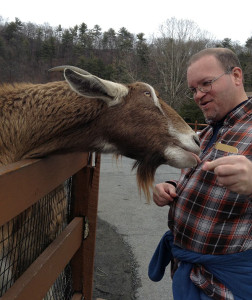 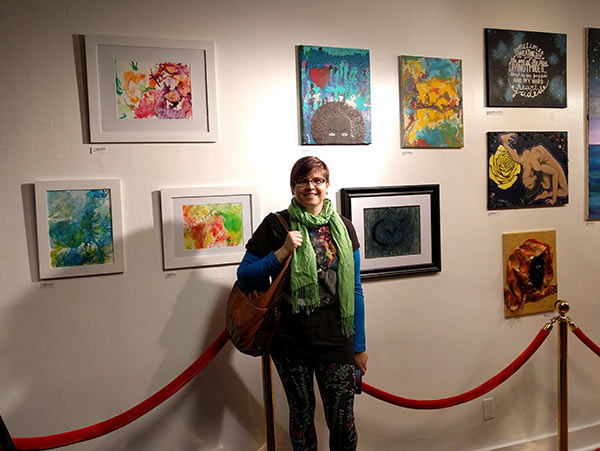 This is me with some of my art (the three on the left) on display at a gallery called The Rooted in York, PA, in February! 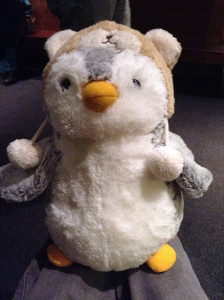 OF COURSE we adopted a new penguin from the Lehigh Valley Zoo. This is Plato. Why Plato? Well, we have a small version of this penguin named Think. Ashar said this penguin was a “Big Thinker,” and she loves philosophy, so… Plato was suggested, courtesy of Chris, and Ashar approved! (Plato is a Philosophy Penguin, too, by the way; he is taking part in a Coursera course with us this month.)

February 29, 2016, marked the four-year anniversary of our Leap-Day Leap into Homeschooling, which we took on February 29, 2012. If you’re interested, here’s our very first blog post, because of course I started writing immediately (I’m such a dork). And here is a look at our first full month homeschooling, when I wrote almost daily!

I’m so excited that we made this leap. I wouldn’t trade it for anything! 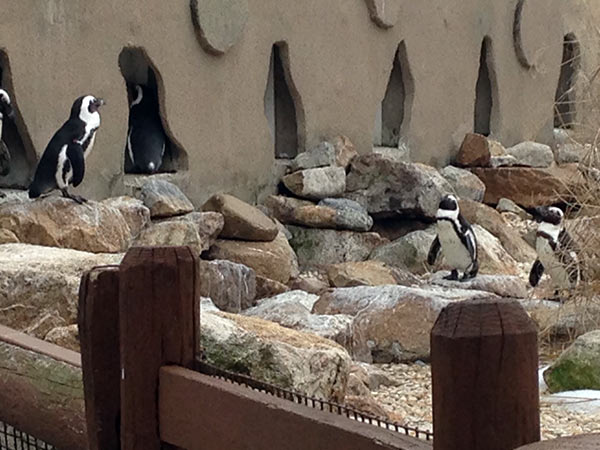 Oh, wait, Ashar saw LIVE (African) penguins too at the zoo. New stuffed penguin Plato also got to watch the penguin show, seeing them eat and learning more about them. Ashar reports that they’re trying to increase the African penguin population thanks to breeding programs at this zoo and others, because of a huge drop-off in population.

7 thoughts on “Unschooling: Our February 2016 adventures”