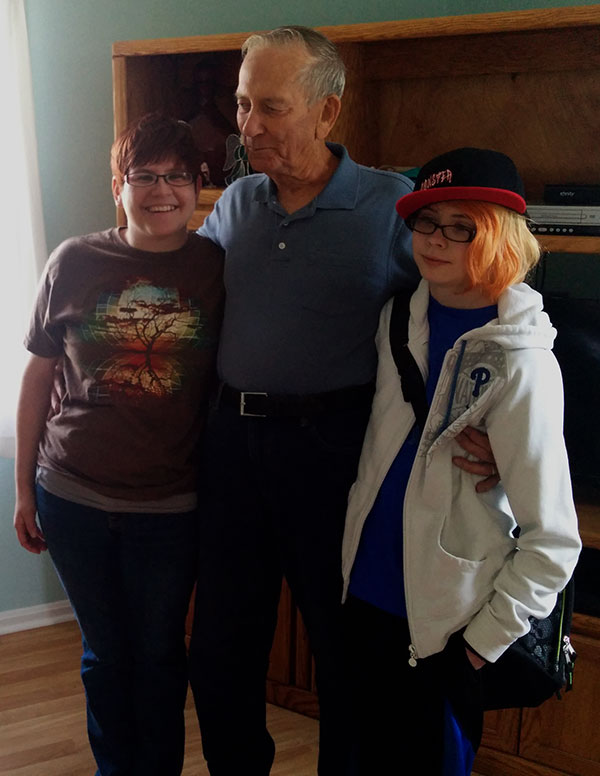 Me, my Uncle John, and Sarah

Well. It’s been a crazy, crazy half a year in our family. Job changes, new roommate, death of a cat and a hamster and a handful of hermit crabs, health problems, new car, and more that I won’t get into.

Through it all, we’ve had our homeschooling ups and downs – days when our unschooling is a hot mess and days when it’s amazing and everything in between.

In official news, we’ve gotten Ashar’s eighth-grade-ish portfolio approved by our school district and have officially begun what would be her ninth-grade year if she were still in public school! In semi-related news, I’ve finished writing a chapter on video-game learning for, editing, and then re-editing when my changes didn’t save AT ALL, a massive guide called The Big Book of Homeschooling, which I hope you’ll check out. (That’s an affiliate link – so if you’re interested in purchasing it and do so from my link, we’ll make a few dollars that we’ll immediately spend on the bookstore trip we’re planning next weekend. Shameless plug.) 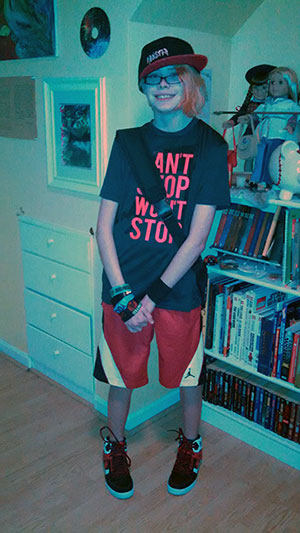 I have grand blog plans – including a post coming Monday about our plans for ninth grade, a wrapup somewhere about how eighth grade turned out, “school pictures” for the coming year and a ton more – but I’ve decided to try something different to balance out the big stuff.

Through the month, I’ve been making a quick list of stuff we do and talk about. I’m going to share that here, with some photos, and try to do it regularly as we go through the year, mostly to log for myself all the amazing stuff that’s going on as we learn in our everyday lives, but also to give you a peek at some of the fun in our day-to-day routines. There may be sporadic affiliate links to books and movies we’re loving, but I can’t even guarantee that level of detail-oriented-ness!

I hope you’ll let me know what you think of this approach! 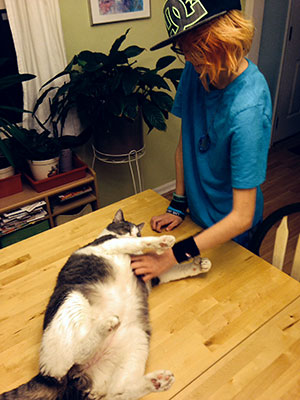 This is Mitts. He’s ridiculous. And yes, that’s our kitchen table. 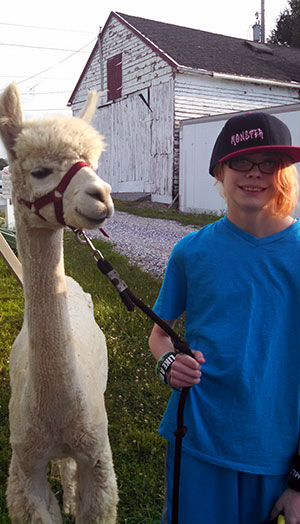 I’ve mentioned this when I talked about video-game learning in depth, but just to be super-clear as I talk about movies and TV and video games here: I realize our media choices are not for everyone. Many people believe some of these are inappropriate for anyone; others think they’re fine for adults but not high-schoolers. In our family, these are not “go off and play by yourself” deals. We game as a family, and more importantly, we use the situations in our games to discuss big issues, everything from language to racism to assault on women to crime to the Revolutionary War to online privacy and security. I’m not suggesting – and have never suggested – you turn your 7-year-old loose online or sit him in front of Grand Theft Auto for 8 hours unattended. And that’s all I have to say about that. 😉

AKA: Sometimes we spend a lot of time on YouTube, especially where cute animals and parkour are concerned. 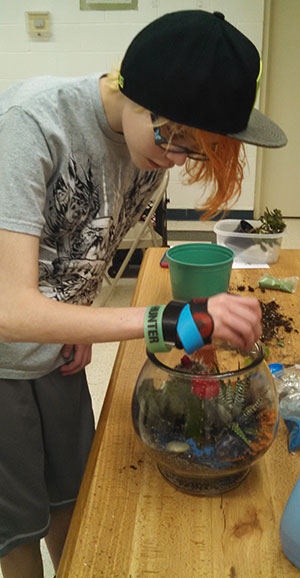 Ashar works on her desert terrarium at a Wildlife Watchers 4-H Club meeting. 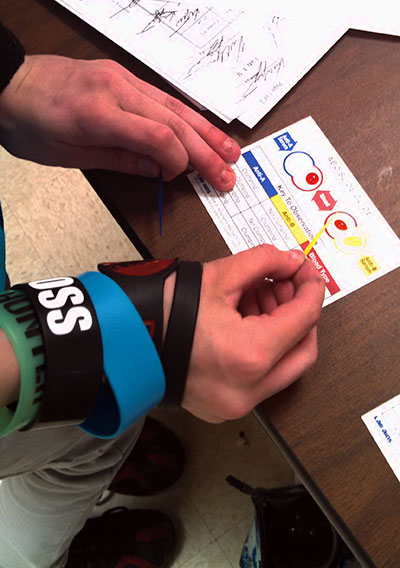 Ashar’s demonstrating how to determine blood type using a clotting agent, a skill she learned at forensics camp.

Odds and ends of stuff we’ve talked about

So what’s new with your family this month? Drop me a comment! I miss hearing from all my “blog friends,” which is a big reason why I’m so motivated to post more regularly!

8 thoughts on “Unschooling: Our July 2014 adventures”