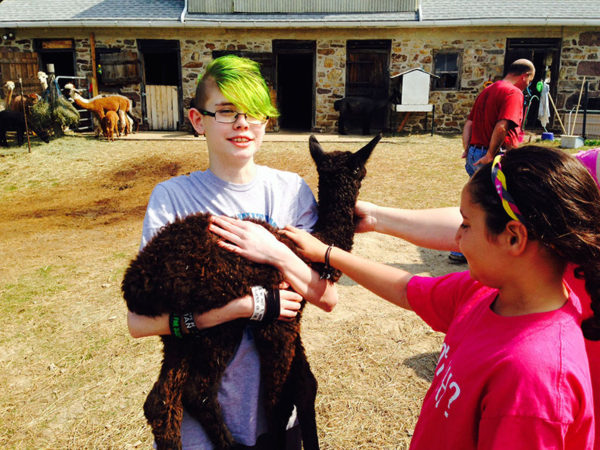 Early summer is alpaca baby season! This is Ashar with Mac (Macintosh), one of this year’s crias.

Happy August, everyone! I’m excited to share a roundup of what our family’s unschooling has looked like so far this summer, not just because it’s cool (it is), but because I’ve been able to connect with a lot of new people following an interview about unschooling that I did for USA Today’s back-to-school magazine. If you’re catching one of these updates for the first time, I’m glad you’re here. This is a fun way we can show just a little bit about what unschooling looks like in our family. Check out our archive of previous wrapups here for some more info on why we take this approach and some other highlights of our adventures. 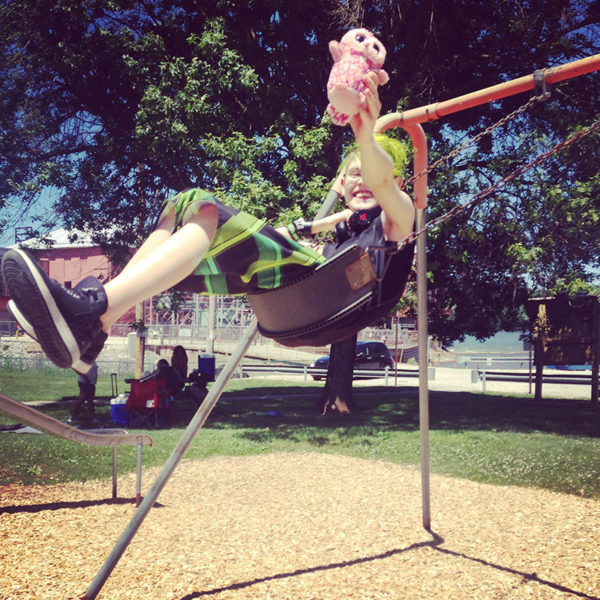 As part of a program our library does each summer, there’s a challenge to hike and find waystations in 30 local parks. We did a few, accompanied by our trusty pink owl Fwoops, including this one where we found a cool swingset.

This update talks about our July, but also hits some highlights from May and June, since we’ve all been too busy enjoying all the fun things summer’s had to offer to, you know, take time to write about them. (Sorry not sorry?)

I’m playing around with some other ideas that might allow us to share highlights more frequently, so I hope you’ll stick around and see what we come up with. 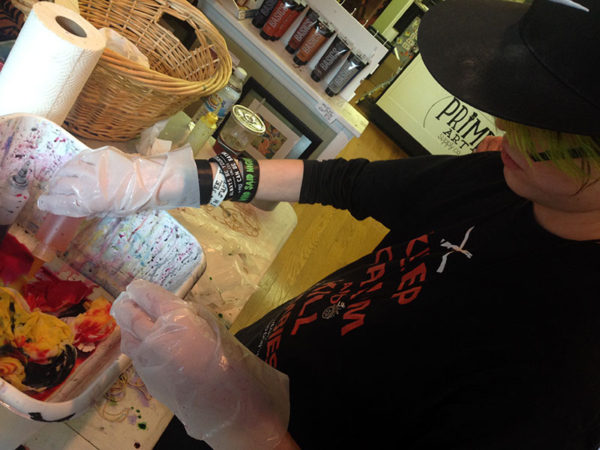 During First Friday in downtown York in July, Ashar both made a cool tie-dyed bandana at our friend Rita’s store, Prime Art Supply, and also got the autograph of Mike Hawthorne, the artist who draws Deadpool in comics, who happens to be from York! 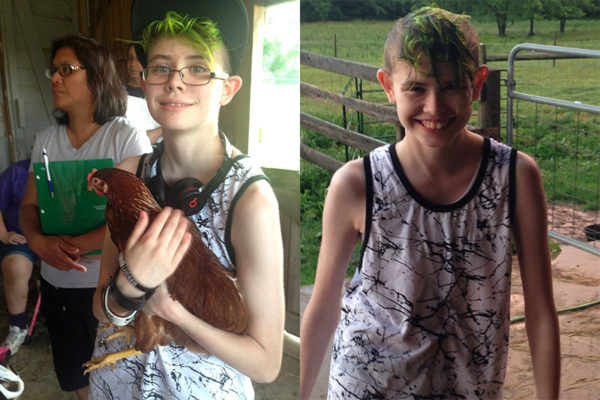 At our June alpaca club meeting, Ashar got cuddly with a chicken and got to play in a huge rainstorm that came up. 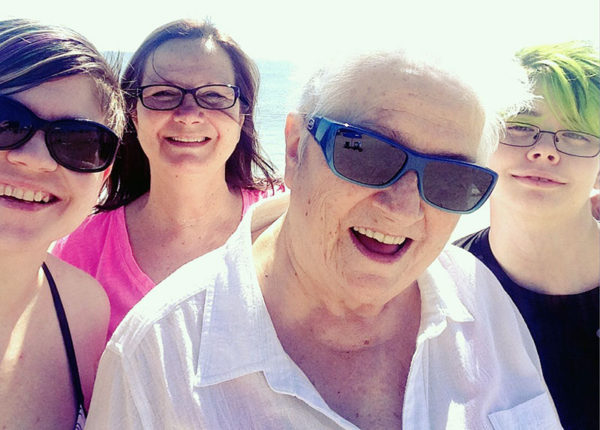 In early June, my mom, my oldest sister Linda, Ashar and I went to Rehoboth Beach for a few days and had an amazing time. 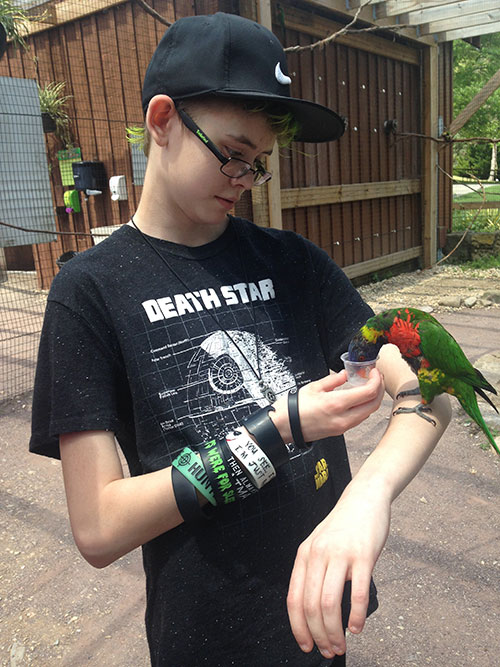 In July, we went to International Snake Day at the Lehigh Valley Zoo, and while there, Ashar and Kaitlyn fed these awesome rainbow lorikeets. 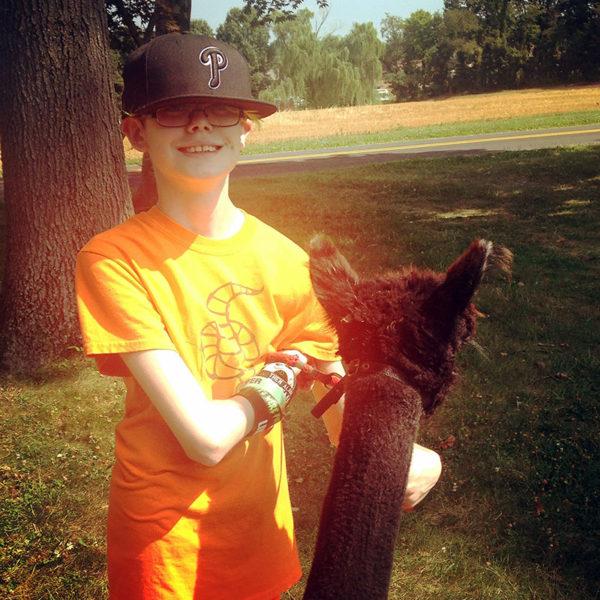 Coal, who was Ashar’s project alpaca for almost three years, left in July to go stay at a farm in Maryland for a year. This was taken on the day we went to see him off. 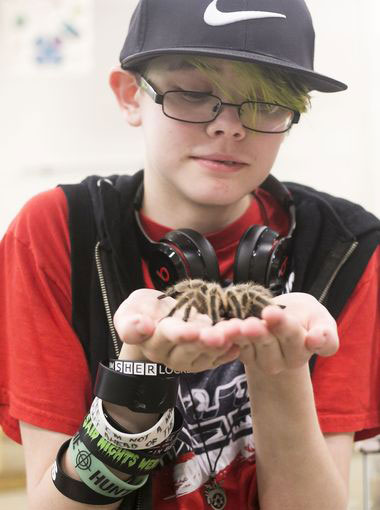 What, you don’t get cuddly with a tarantula? Ashar does. This photo was taken by a local newspaper, The York Dispatch, and even graced its cover!

This is another area with prerequisite reading! I have a whole series about video-game learning that I’d also love for you to check out if you haven’t already. 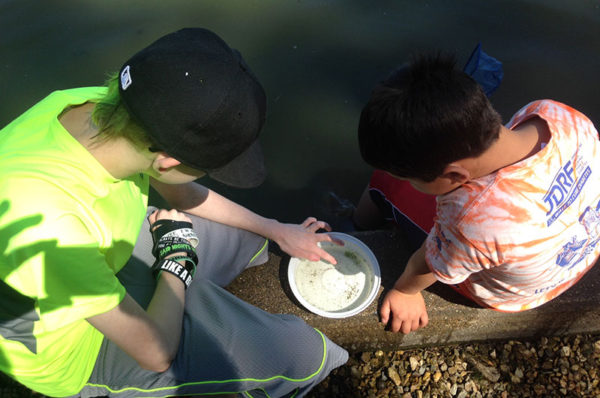 Ashar’s Wildlife Watchers 4-H club went to a local state park for a day of lake stomping and pontoon-boat riding. Here they’re investigating some of the water creatures. 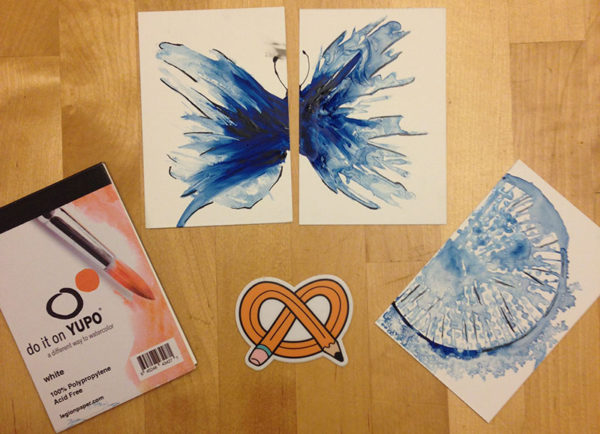 One of the cool things we’ve been doing lately involves Artsnacks, a monthly subscription service where you get cool art supplies (in a box, obvs) that you’re challenged to use to create something new. This was what I made with July’s, which included tiny Yupo paper that I loved.

Places, projects and other odds and ends

See, this is the part of the roundup that’s a problem when I don’t write regularly. It’s not that I don’t remember what we did – I actually keep a notebook/journal where I make notes about lots of cool stuff. It’s that it’s WAY TOO LONG! So I’m just going to try to hit a few highlights.

Population density, language and medieval rock music: We started talking about the band Of Monsters & Men, the members of whom are from Iceland, and somehow that led me to mention Stary Olsa, which is a medieval Belarussian band that does rock covers, which I backed on Kickstarter. I don’t know how I found them either, so don’t ask. But somehow, talking about all of that led us to talk about population density and language in the Scandinavian and Eastern European countries.

The North Museum: We’re members at this science museum in nearby Lancaster, PA, and we did a bunch of cool stuff there in the past couple of months. We went on a behind-the-scenes tour where we saw the collections not on exhibit, saw the preview of some new planetarium shows, and then went back to see those shows live. Relatedly, now we can identify Jupiter in the night sky. 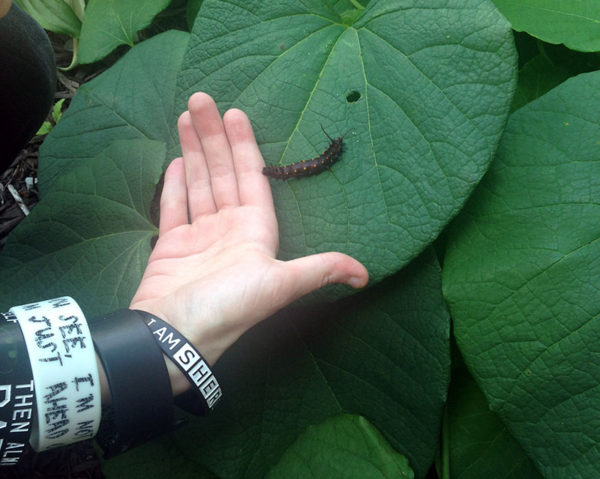 So we’ve been growing this gigantic pipevine for years as a potential butterfly habitat, but had not been able to attract any pipevine swallowtails. At the 4-H Insect Fair, one of the Master Gardeners for our area gave us a few caterpillars to release to try to get them started!

Dog intelligence: Ashar’s part of a dog project in 4-H, where she’s training my best friend Nina’s husky, Thor, since our dog, Coby, is 14 and not in great shape for excursions to the 4-H center and jumping over hurdles. But with Coby, we’ve been studying dog cognition, through a Coursera course, website and podcast by Dr. Brian Hare, a professor of evolutionary anthropology at Duke University who’s very cool. 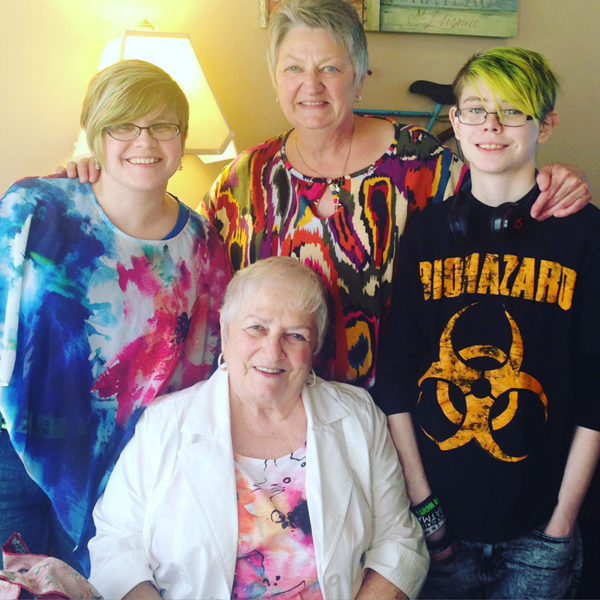 For Mother’s Day, Ashar, my mom, Mom’s good friend Sandy and I went out for tea.

Hamilton: Just like basically the rest of the country, we love this musical. And, of course, cannot afford tickets, no matter how much I’d LOVE to take Ashar to see it on Broadway. So we listen to the soundtrack pretty much constantly and have had some truly cool conversations thanks to it.

Working out: We joined a gym. I don’t really know what to say about this, as I am decidedly an outside toy, not an inside toy, but it’s something Kaitlyn, Ashar and I can do together and it’s not too expensive.

4-H: So, so, so much to say here. Our Wildlife Watchers club had a picnic and went to Gifford Pinchot State Park for a lake stomp and pontoon tour; the alpaca club is swimming in new crias (baby alpacas) and gearing up for the fall shows, while still finding time for an annual pool party where Ashar never left the water; and most fun of all, Ashar was one of the 20-some representatives of York County at the recent 4-H State Achievement Days held in State College, PA, where she participated in a “Microbe Mania” program learning about the microbes that affect plant life. Oh, and we went to our county’s Insect Fair, where Ashar held a scorpion and a tarantula.

Snakes! Why did it have to be snakes? We went to International Snake Day at the Lehigh Valley Zoo (where we’re also members, in addition to the North Museum). We got to see rattlesnakes up close (it’s the first time I ever heard one rattle) and got to pet some non-venomous snakes. Ashar absolutely loves petting snakes and spiders. Me, not so much. 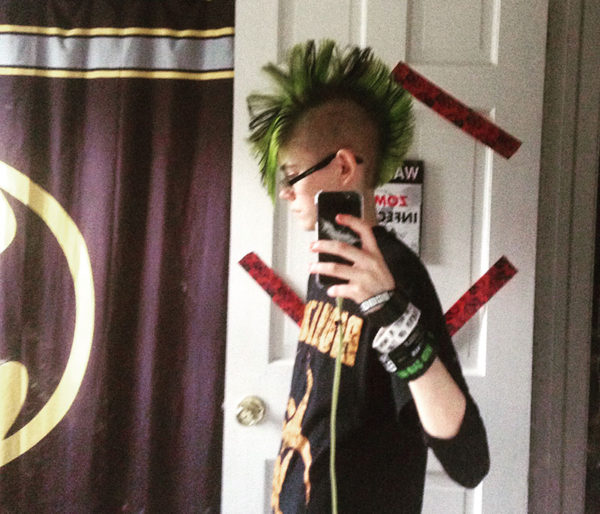 Chernobyl: I’m not sure how we got on this topic, but we spent one evening watching videos of Chernobyl, including this one about The Russian Woodpecker, a huge satellite wall, and this one about radioactive bananas. Oh, and also how to visit Chernobyl. That whole video series is amazing.