As I finalize this post, it is a 40-degree day in April. At least it didn’t SNOW like it called for today. I can’t even. Thank goodness March was such a great month for unschooling, because the weather was terrible!

That said, we’ve had a ton of fun exploring a bunch of new things, and I’m excited to share. For our family, December, January and February are always our “low” months, it seems like, and when March rolls around, we kind of get our groove back. 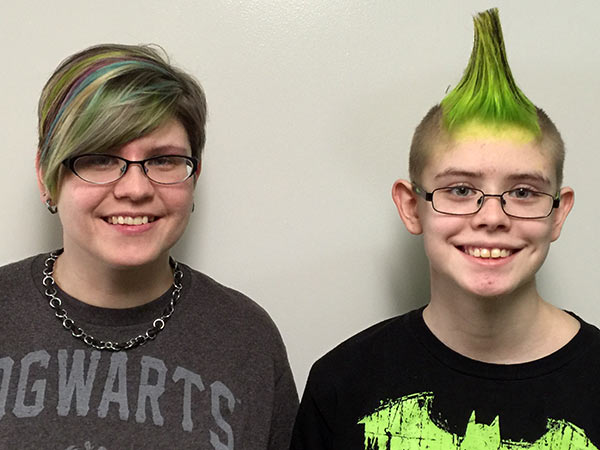 Of note in March: Ashar and I got our hair done. We do it about 4 times a year, always in some crazy color and/or style. Ashar has a black and green mohawk; I have green, teal and purple streaks and blonde highlights. We’re kind of rockstars. 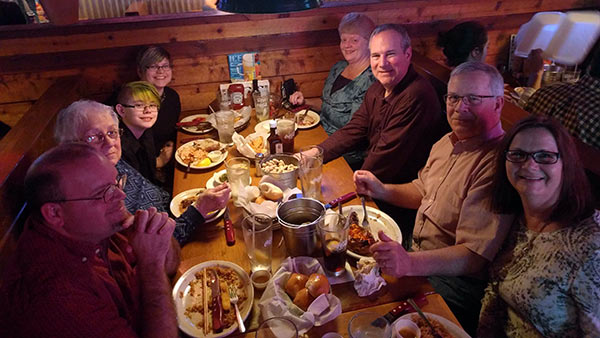 Ashar celebrated her 16th birthday March 24, and what she wanted more than anything was for our extended family to go to Texas Roadhouse for dinner. That’s us, minus Kaitlyn, who had to take the photo. Also, Texas Roadhouse on a Thursday night? Kind of a zoo and very crowded. 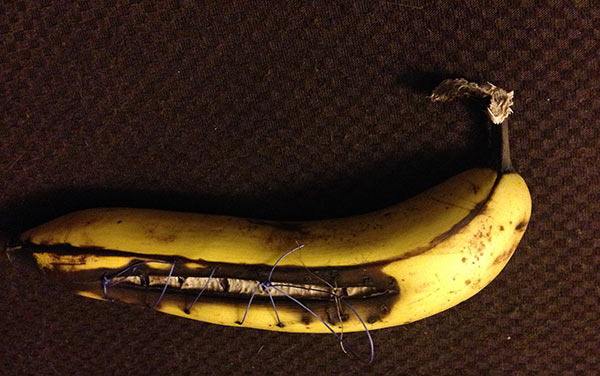 An interlude in the long list of movies and TV shows: This banana, which Ashar learned how to do sutures on at Penn State’s Pre-Vet Symposium. They got to keep the banana. Ashar loved it, despite having a hard time getting started as a left-hander being instructed by right-handers, which of course is the story of my life. 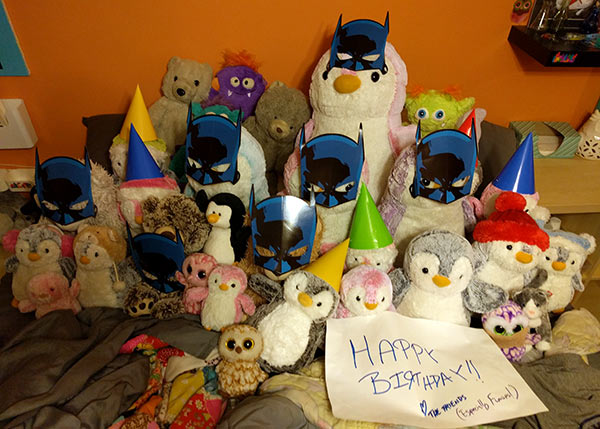 Also participating in the celebration of Ashar’s birthday were Some Friends, Mostly Pengins. They had Batman masks and party hats in her honor. (This was all Kaitlyn’s doing, and she LOVED it.) 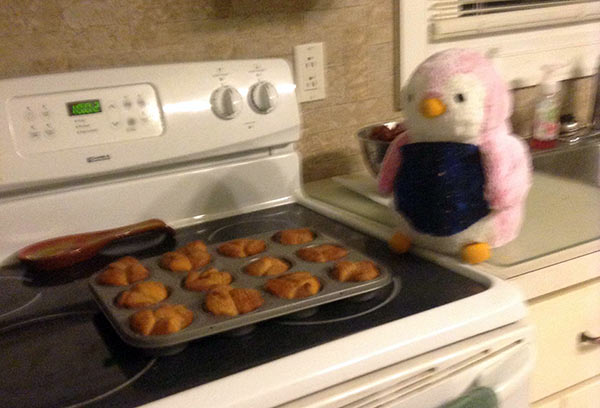 So, two other random things we did this month. That’s Ashar’s Valentine’s Day penguin, Rey, named after the Star Wars heroine. Ashar decided we needed to make her some kind of accessory, so she got an apron. Then, of course, she had to help cook something, so Ashar made mini monkey breads in a muffin pan. Yum!

WOW was this a busy month. I don’t even know where to start, really, but here are some of the highlights. 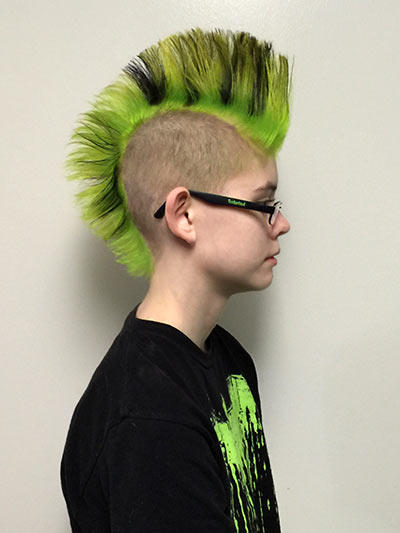 Side view of the above-pictured mohawk. LOVE IT. Ashar doesn’t often wear it spiked, usually loose, but it looks amazing both ways. 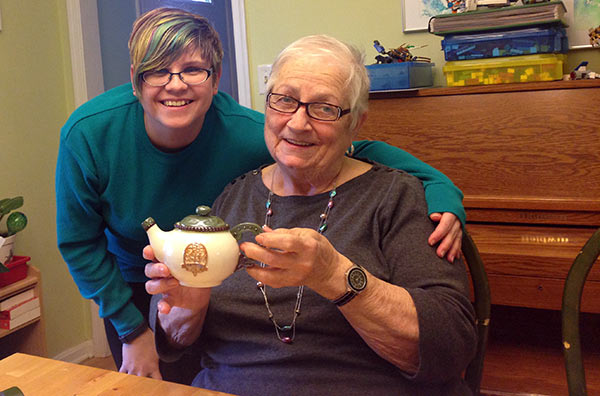 My mom’s birthday is the day after Ashar’s, and we celebrated with a cake (I baked it myself, from scratch, from Mom’s mom’s recipe) and some gifts!