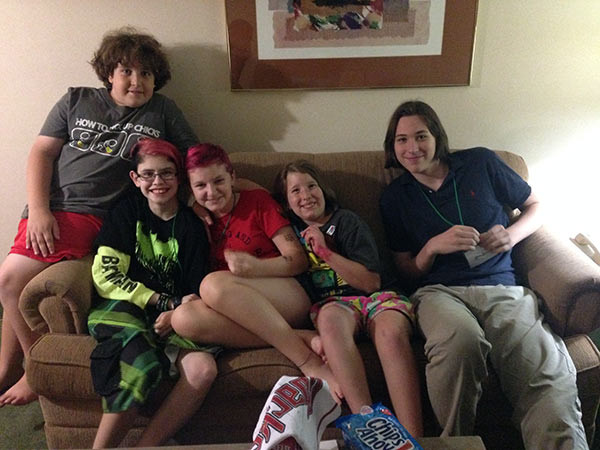 The Wolfpack. Cam, Ashar, Chloe, Liv and Quinn spent almost every waking moment of Free to Be together. Now if only the others didn’t live in Arizona and Texas…

WOW. This was a packed month, and I know I’m not even going to begin to do it justice in this post. We, you know, drove across the country and back, took part in what I called a temporary unschooling commune, took some alpacas to a local group home, stuck Washi tape to every surface imaginable, saw a Shakespeare performance, saw a Dracula performance, and generally just packed in every minute with some adventure. 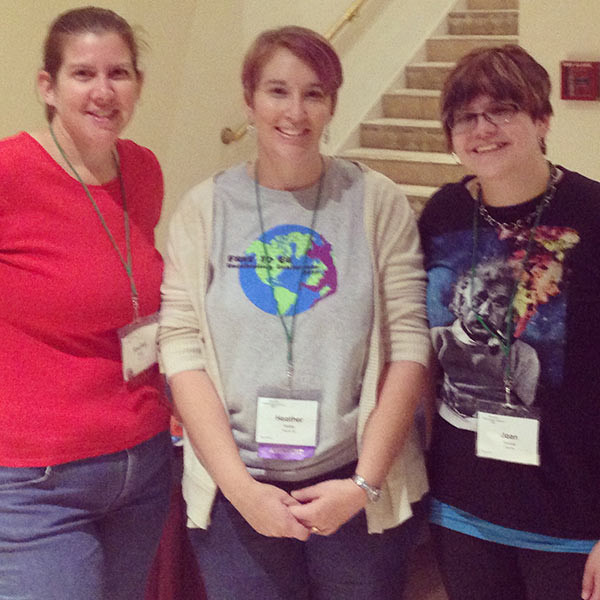 Ashar had her F2B posse; I had mine. We did not have a good name like “Wolfpack,” but we were moms of four-fifths of the pack?

All about Free to Be

Here’s the super-short version of the biggest event of our year: From Sept. 26 to Oct. 11, we drove to Phoenix, Arizona, and back, and from Oct. 1 to 4, we took part in the Free to Be Unschooling Conference in Phoenix. The drive there went by way of Chicago, Denver and the Four Corners, and the drive back took us through Texas and New Orleans.

Well, for a short roundup of some of my favorite takeaways from the conference itself, check out a column I wrote for our local newspaper, called Unschooling: What’s in your toolbox? I’d like to blog more here about this, the conceptual side of unschooling, when I get time, but that’s a good start.

By far the best part about Free to Be was just getting to hang out in person with people we’d known online for years. I really hate how we don’t have many unschooling friends locally, at least not ones we get to spend any kind of time with. If I could have my ladies over once a week and Ashar could have her friends visit… wow.

In good news, we’re seriously planning some mid-year meetups, because these kids miss each other like crazy, even with emails. 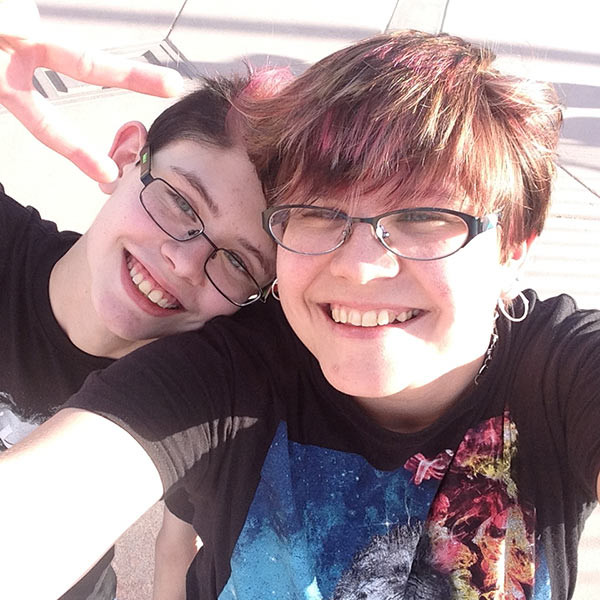 We visited the Four Corners Monument, ostensibly where the states of Utah, New Mexico, Arizona and Colorado meet, but really entirely in New Mexico, as Ashar learned in her book from last month, “Maphead.” 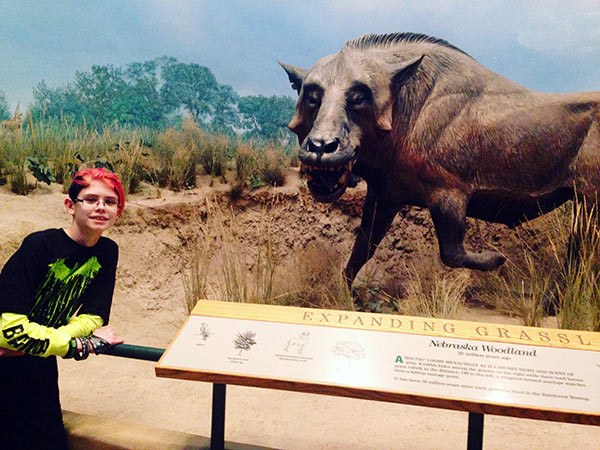 At the Museum of Nature and Science in Denver, Colorado, Ashar made a prehistoric pig friend. 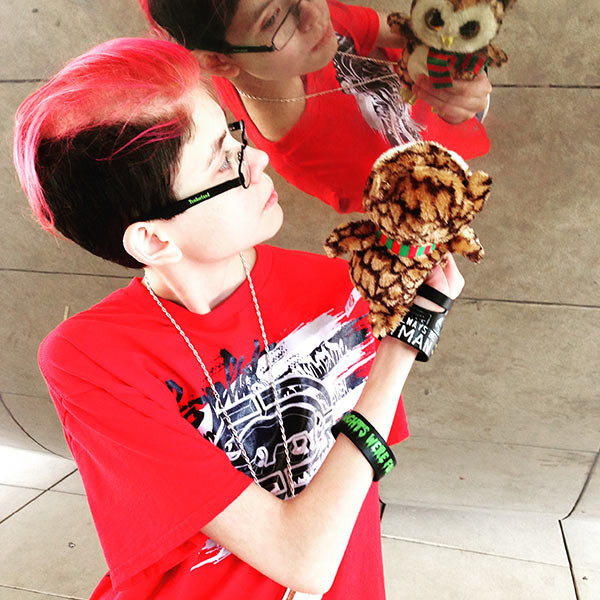 Ashar and Beacon found a Spare-Ah and a Bonus Beacon at the Chicago Bean.

Places, projects and odds and ends from our road trip

So, besides the conference itself, we had a huge vacation to, you know, everywhere. Some highlights: 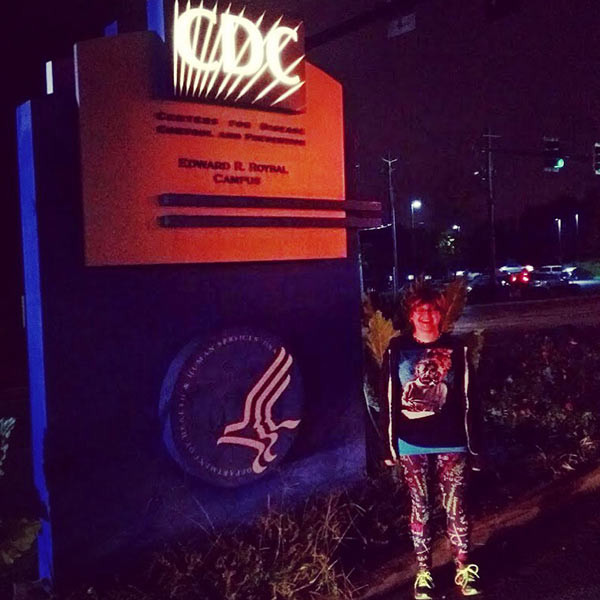 We took an hourlong detour into Atlanta so I could get my picture taken in front of the CDC headquarters, in the rain, on a Saturday night. This was basically a bucket-list item for me; I hope to work for the CDC some day.

Disclosure: This post has some affiliate links. I only link to things we legitimately use and recommend, so if you see such a link, it's because we really do believe in the book or item!
This month, Ashar finished two huge books she’d spent a couple months each on!

You can read more about both of the first two in last month’s roundup. 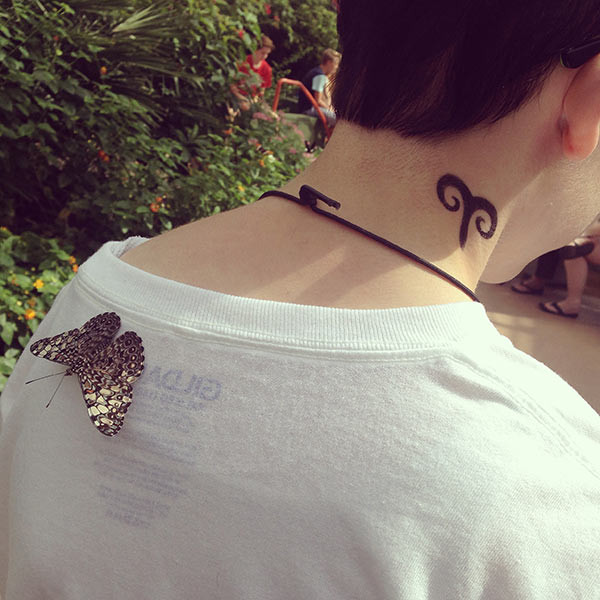 Ashar (complete with airbrush tattoo) made friends with this Gray Cracker butterfly at Butterfly Wonderland in Scottsdale, Arizona. 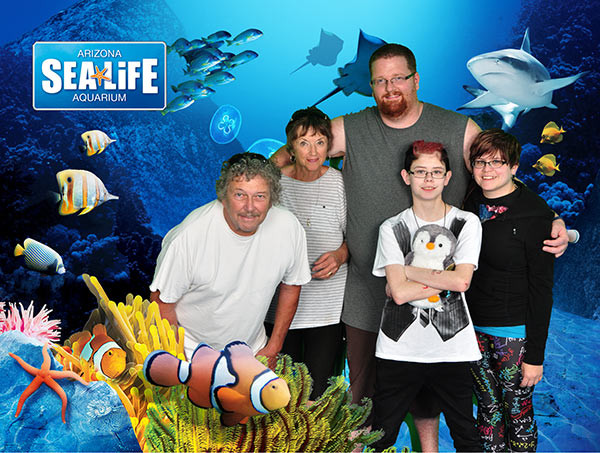 We went to both the Sea Life aquarium and a butterfly garden with Dan’s parents, Paul and JoAnne, in Phoenix. Oh, also, the penguin’s name is Phoenix. 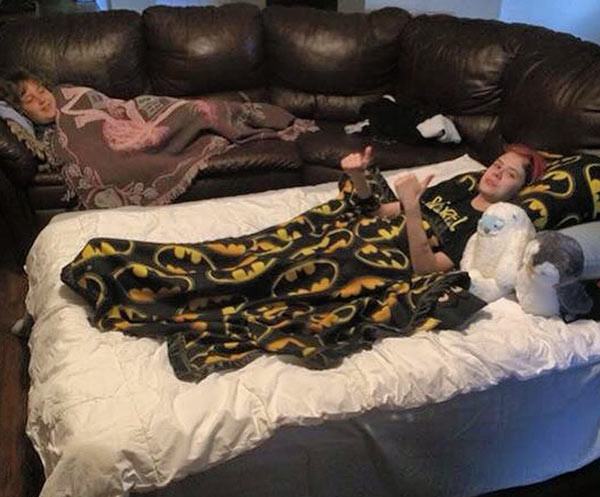 In amazing serendipity, our drive home from Free to Be took us through the Texas town where Ashar’s friends Cam and Liv (and my friend Rachel, and her husband, Josh) live. So we spent the night, and Ashar and Cam played Mortal Kombat until 8 a.m.

Places, projects and odds and ends from non-trip times

The funny thing is, we actually did more this month besides the trip than we do in a lot of months.

4 thoughts on “Unschooling: Our October 2015 and Free to Be adventures”

Hi from the “Conciliottoman” family – a collection of five humans starring Ashar, who has been learning with us at home since Feb. 29, 2012. We haven’t looked back since that “Leap Day Leap” out of public school.

We consider ourselves secular unschoolers, or life learners, and the coolest thing about our untraditional approach (besides the ability to stay up til 2 a.m. and sleep late!) is that we’re ALL learning in ways we’d never have expected. You can read a bunch more about us here. Hope you’ll stick around!