So it’s been a few months since I last posted an update on what we’ve been doing. In that time, we’ve had some major changes in our family and, to be honest, it would have been easy for me to just let “learning” go by the wayside and figure, hey, we’ll catch up later.

Disclosure: This post has some affiliate links. I only link to things we legitimately use and recommend, so if you see such a link, it's because we really do believe in the book or item!
But that’s the coolest part of our unschooling lifestyle. We have never done much that looks like traditional learning, and in the craziness that has been winter 2015, if we were trying to do a standard curriculum, we’d be hopelessly behind.

Instead, we’ve learned and experienced a ton, and by taking the time now to try to document what I can, I’m trying to show that learning really does happen anywhere, anytime.

(If this is your first time catching our month(s)-in-review posts, welcome! Check out our archive of previous wrapups here for some more info on why we take this approach to documenting some of our unschooling learning adventures.) 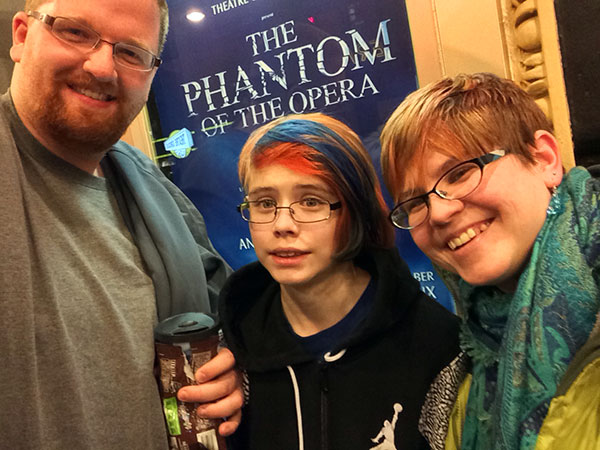 The big highlight of the past few months: Going to New York City to see The Phantom of the Opera on Broadway! The tickets were a Christmas gift from Chris, who was working and couldn’t even go himself! Pictured are Kaitlyn, Ashar and me in front of the theater. 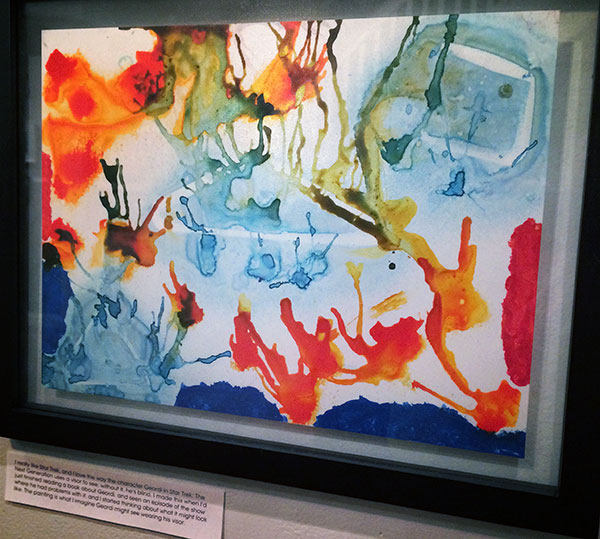 Ashar and I had art on display in two local galleries in November and December. This is her work “Geordi’s Visor” featured in a gallery called The Parliament in York. 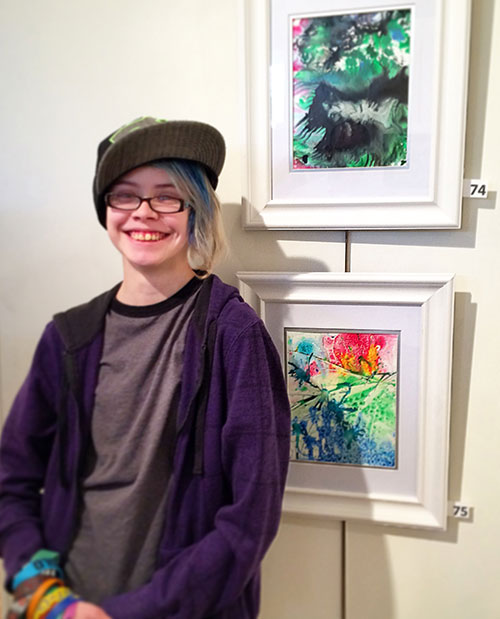 This is Ashar with her art and mine at the York Art Association gallery. At the top is her painting “The Dragon,” and below is one of mine called “Grapefruit Sunrise.” 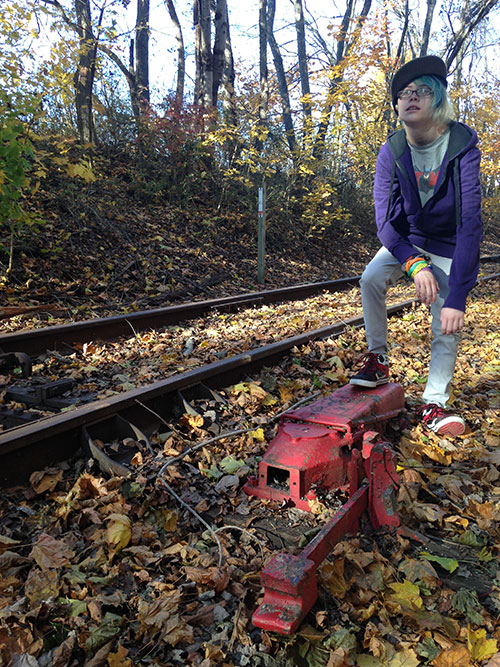 Ashar and Chris took a November hike along the Heritage Rail Trail County Park here in York County and found an old switch.

This is Ashar, reciting the first stanza of The Raven by Edgar Allan Poe.

She’d mentioned a couple months ago that she wanted to memorize the whole poem, but I never saw/heard her working on it, and I assumed she’d lost interest until, one night before bed, she said, “Hey, Mom, want to hear something?” 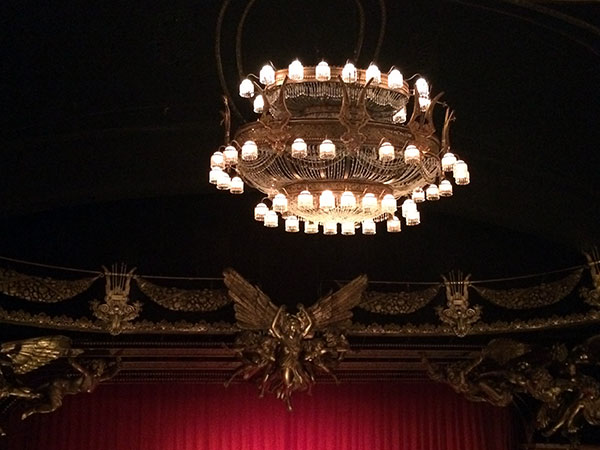 The stage setting for The Phantom of the Opera on Broadway was awesome! 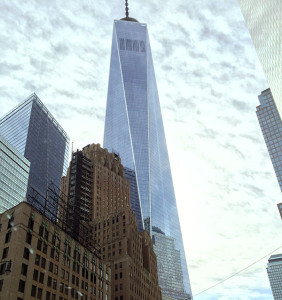 At Ashar’s request, we checked out the site of the World Trade Center in New York. This building is a ceremonial 1,776 feet tall. 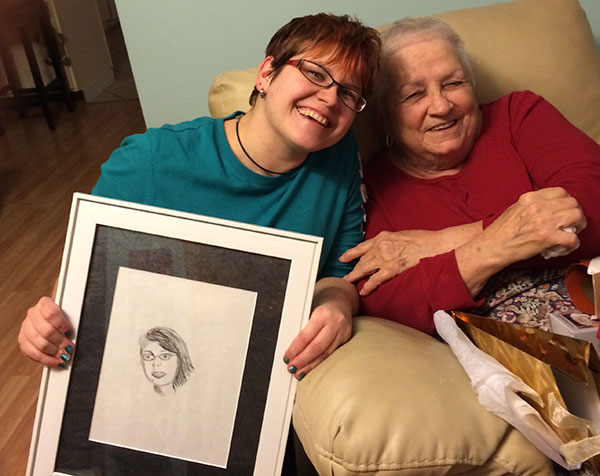 One amazing Christmas gift: My mom drew Ashar for me in charcoals, then had it framed. It now hangs in our dining room! 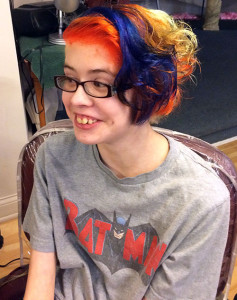 New hair color was had. 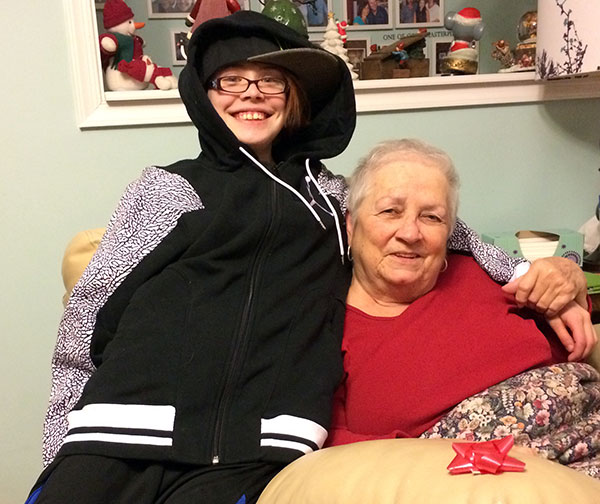 4 thoughts on “Unschooling: Our November/December 2014 and January 2015 adventures”