Today’s story begins with one family’s adventure making creatures out of their recycling. When intrepid homeschooling mom Joan of York, PA, reported the project’s success to the MAKEDO company, the company responded by suggesting the Conciliottoman family check out its Facebook page.

There, beset by tons of inspiring images, young Ashar Otto, 12, sighted this creature: 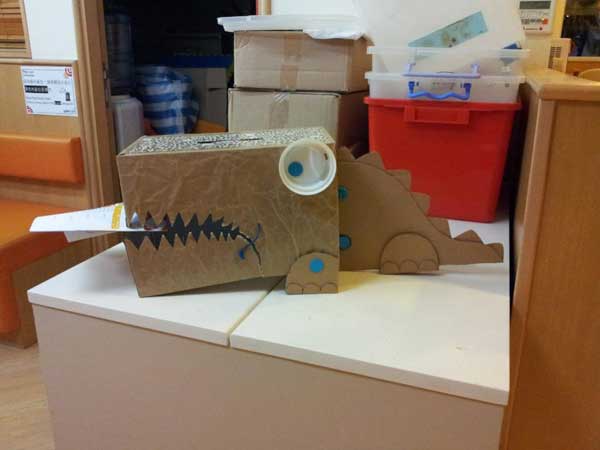 While the animal is purported to be a crocodile by its creatress in Hong Kong, young Ms. Otto believed it to bear a striking resemblance to an extinct creature, the stegosaurus. Mysteriously, a similar creature was soon after spotted atop the Conciliottoman family’s piano.

The seemingly friendly creature was dubbed a stegosaurus after all, and a romantic one at that, as the beast was seen carrying a flower in its mouth. It did also seem to eat a paper airplane with a cocktail umbrella protruding from it, but details on that are unclear. 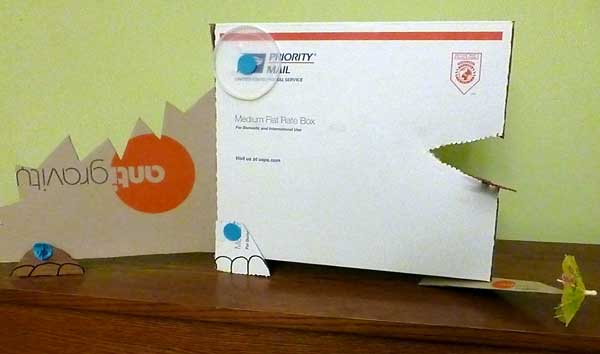 The stegosaurus then took to the roads, being spotted in a forest bearing a striking resemblance to a stock image on the art website Deviantart, but purportedly in York County, PA. 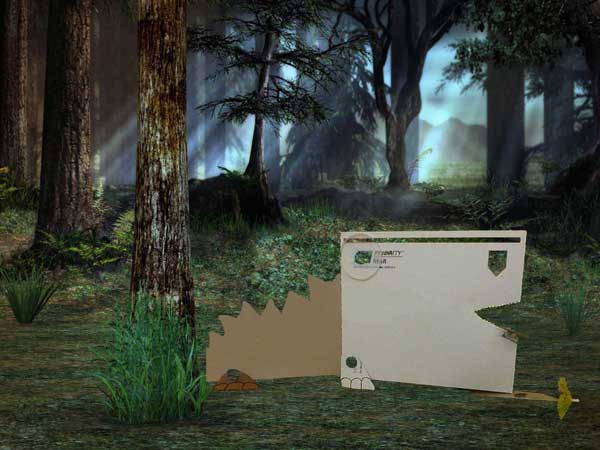 While intrepid reporters across the county (or at least one home therein) began following the story, other sightings were reported from the shores of Lake Michigan (on the Wisconsin side), where a similar monster, perhaps bearing a striking resemblance to the one of Facebook fame, appeared on a frighteningly stock-image-like lakeshore. 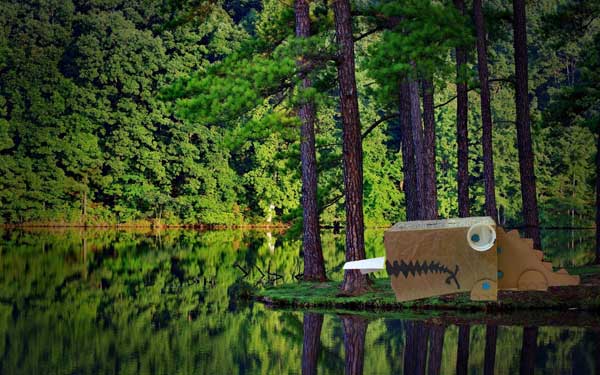 Armed with credible reports nationwide, the enterprising Conciliottoman family, known for its journalistic background, set to work sharing the latest news on these creatures with the residents of their town via a hastily-produced two-page special edition of the local newspaper, produced with the most cutting-edge news design program around – PowerPoint. 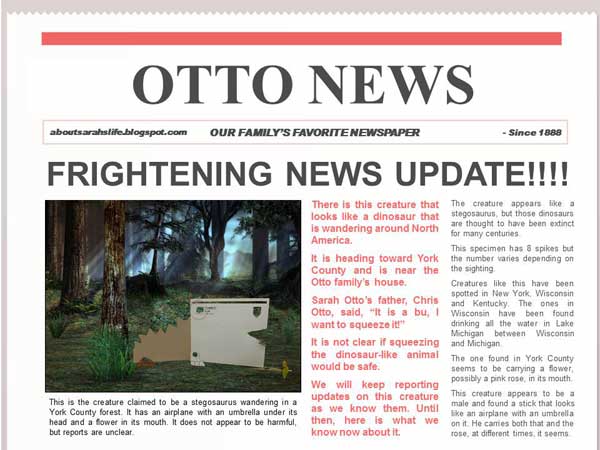 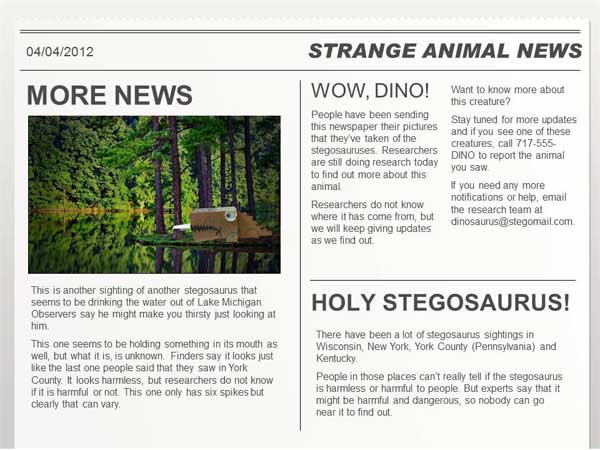 The family asks that you stay tuned. Further updates will be shared as information comes to light about these mysterious creatures, one of which appears to be sleeping now atop a bookcase also containing a small winter white hamster. Sources close to the scene suggest the larger animal appears in no way carnivorous, and the small hamster, while unwilling to offer comment for the record, appeared relieved.

8 thoughts on “Alert: Stegosauruses are roaming the earth again”