It seems like most of our weeks and weekends this spring have been full of fiber.

Not the kind you eat, the kind that comes from these guys! 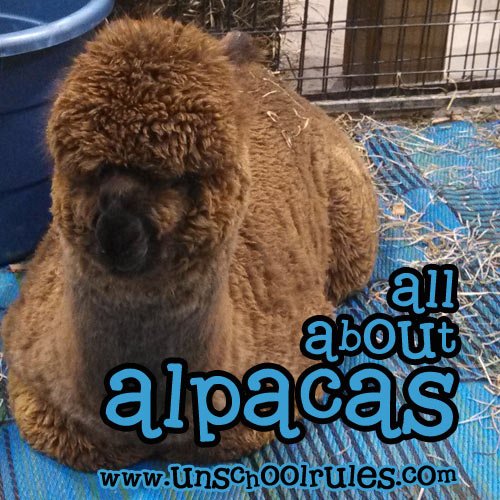 Ashar has been a member of our local 4-H alpaca club since last fall, and she’s been working in earnest with her particular project alpaca, Gia (who is nicely posing above), at least once a week if not more since March.

Fun alpaca fact: The position that Gia is in above is called cushing. That’s when the animal lays with its four legs beneath it. One friend of a friend at the show brought her alpaca not in a horse trailer, but in the back seat of her F-150 – he just cushed right down and had a good ride!

But back to our alpaca stories.

Two weeks ago, we spent the weekend helping out at PAOBA, the Pennsylvania Alpaca Owners’ and Breeders’ Association showcase, which was held in our town. Many of the 4-H kids were showing, but we decided to wait until Ashar had a bit more practice, so she won’t show until 4-H fair and county fair in the fall. 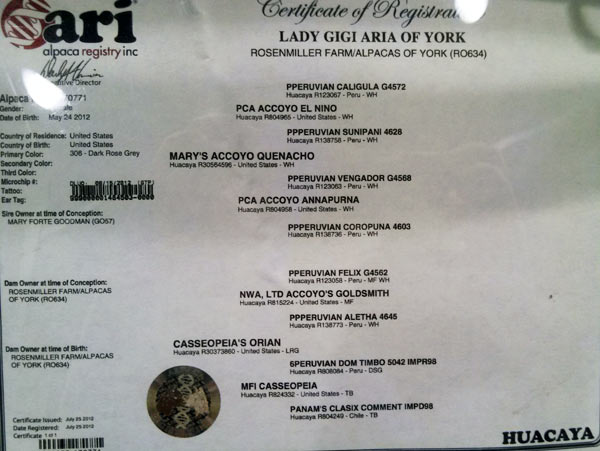 This is a look at the detailed breeding information that is kept on each animal. Alpacas are bred for their fiber (both color and texture), so the show was full of posters advertising “great rose-gray herdsires” and that sort of thing.

It’s a whole new language to us, things like the “hand” of the fiber and the “conformation” of the animal, but we’re slowly catching on! 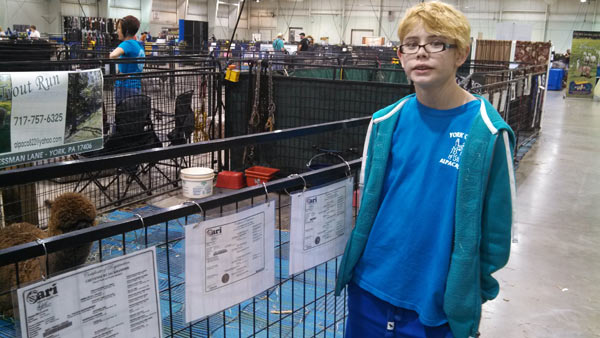 And here’s Ashar with Gia – we didn’t want to disturb her, so Ashar didn’t go in the pen, but that is, in fact, her again at left!

The following weekend was something very important in the life of an alpaca farmer – shearing time!

Fun alpaca fact: A full-grown alpaca might have a 10-pound fleece, and shearing it off is a job, as you can see below. 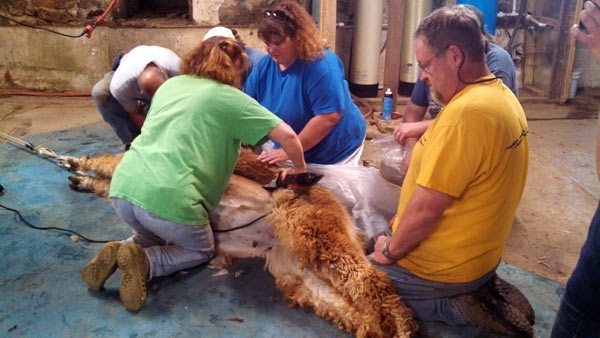 It involves lots of people holding, some (non-painful) restraints, nail/hoof clipping, tooth checking, a big shaver, and a LOT of mess. I was zero help at shearing because I came from a different event and was wearing a dress blouse and sandals. This is not alpaca-farm attire.

Ashar, meanwhile, tried to help as much as she could by gathering up scraps of fleece for disposal, calming down alpacas waiting to be shorn, and running errands, but mostly we got to just watch!

The absolute best part came the week after that, however. We got to one of the two farms at which we work and meet, and guess what we saw? 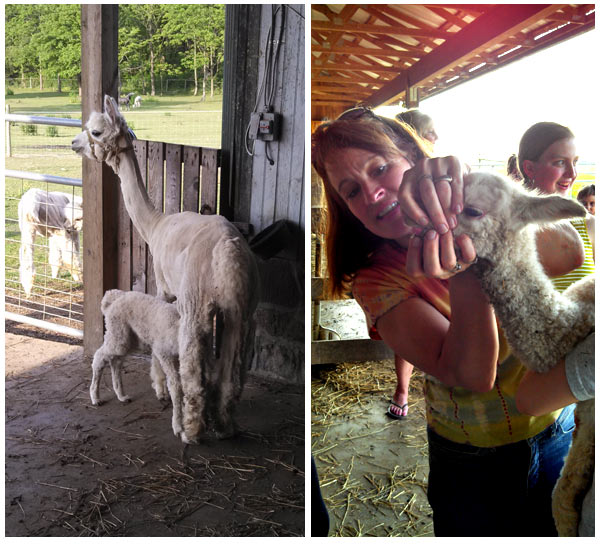 A new little girl was born just a day before we arrived!

Fun alpaca facts: A baby alpaca is called a cria. We learned a bunch about crias at our meeting, including some of the first things you do when one is born (take its temperature; take a blood sample; weigh it after it dries; put iodine on its umbilical cord stump; and so on) and what the expected behavior is at different ages. This cria weighed about 14.5 pounds, which is on the light side – 20 would be a good, solid weight. But, Beth, our farm owner, who you can see showing the baby’s not-quite-there-yet teeth at right, said this baby might have been a bit premature.

Not-fun alpaca pregnancy facts: An alpaca female is pregnant for something like 11.5 months! YUCK! Most have a single cria each time they give birth, but twins do occasionally happen.

We’re due back at our other farm this week for a good practice session with Gia. It helps that she’s been shorn, because now she won’t get so hot while working on the things we practice. (Though I think shorn alpacas look ridiculous. I’m sorry I didn’t get a photo of one to show you just how silly.)

Fun alpaca fact: The 4-H kids practice for different kinds of “showings” with their animals. The first, showmanship, is actually a judge of the shower – can the kids point out certain parts of the animal? Can they show the judge how they might display the animal’s teeth for checking? Can they answer questions about what color their animal is? (This is harder than you might think.) The next type, obstacle or agility, involves making a not-particularly-tractable alpaca do things like walk up a set of stairs, or stand with you while you open an umbrella, or back up into an area marked off on the ground. Finally, there is fiber judging, which is specifically a judge of the animal itself and the quality of its fleece.

Want to know more about these cool creatures? Here are a few pieces of information we’ve learned:

Just for fun, if you have an alpaca question, feel free to comment and ask. It’ll give Ashar and I something new to find out about!

6 thoughts on “All about alpacas”