As a blogger, I have a tendency to get overwhelmed in “mega-posts.” Do I have tons of photos? Do I have enough links? Did I make a nifty Pinterest graphic?

But that’s not our whole life. In fact, the best parts are our in-betweens, the things that don’t turn into major resources or treatises on educational philosophy.

Here’s a look at some of those in-between moments since my last snippets post.

1. My husband and Ashar are a little excited about the announcement of Star Wars Episode 7. How excited?

This photo shoot ensued the night of the announcement. 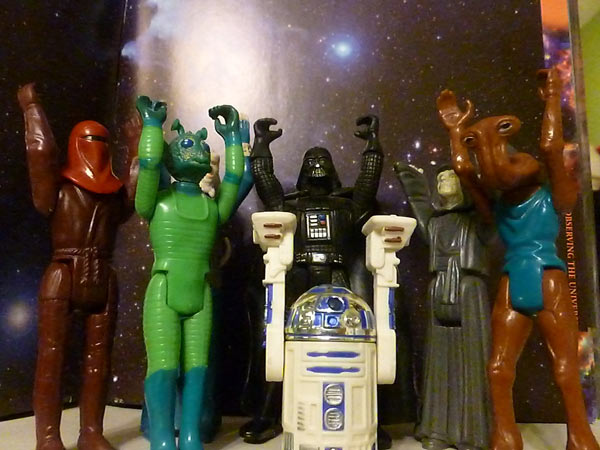 Later, they used their mad photo-editing skills (and a font I’d found them some time ago) to create this masterpiece. 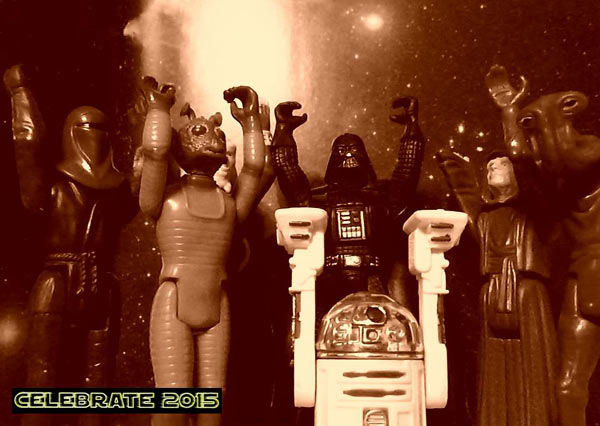 Ladies and gentlemen, the Nerdpire strikes back.

2. Meanwhile, we’ve been collecting hundreds of hickory nuts from our neighborhood.

Chris has been collecting them in baggies on his walks home from work, and Ashar then artfully pours them into Mason jars to sit around as a fall decoration. 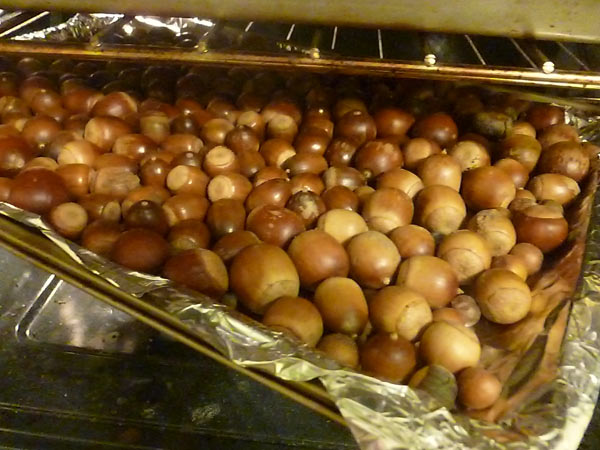 It was cool to be able to identify them as hickory nuts. It was NOT cool when we found them to be inhabited by hickory shuckworm larvae. (Though that did make for another identification project.)

Solution: I found a website that said roasting them in the oven at 350 degrees for a half-hour would kill anything inside. Since we didn’t care to eat them, only decorate with them, that suited us fine! 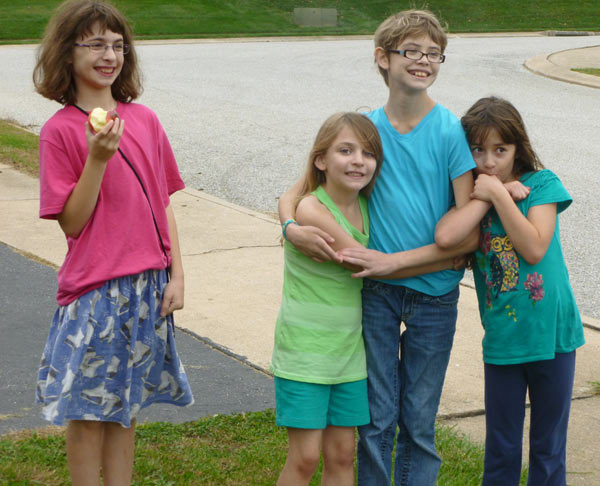 3. We had a surprise visit from some of our favorite cousins, also fellow homeschoolers! Ashar loved having a house full of new friends, and the four of them went absolutely crazy and stayed up til 6 a.m.

Having family members who are also friends – and who GET you, and who think like you do, and who have the same faith and the same dreams – that’s priceless.

4. I learned something new along with Ashar at our recent alpaca club meeting. We learned how to do needle-felting. (I didn’t even know what that WAS until last week.) 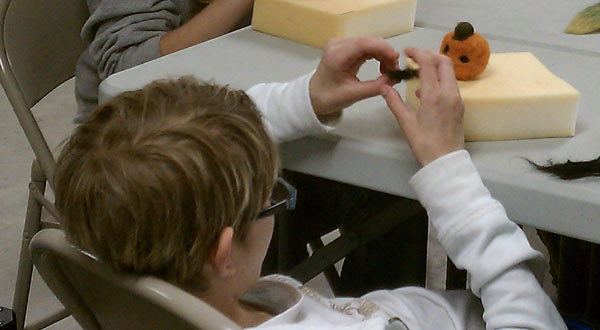 You can see Ashar’s pumpkin (she’s working on his smile in this photo), and I made a smaller pumpkin with no face, but with vinelike green tendrils near his stem!

I don’t normally consider myself crafty in a yarn-and-fabric sense, but this was kind of neat!

5. Many of you know that our town was RIGHT in the path of Hurricane Sandy as it passed through the Northeast over the weekend. We were incredibly fortunate despite some rough parts, which I’ll actually share next week, but the dog absolutely did not deal well with the barometric pressure changes. 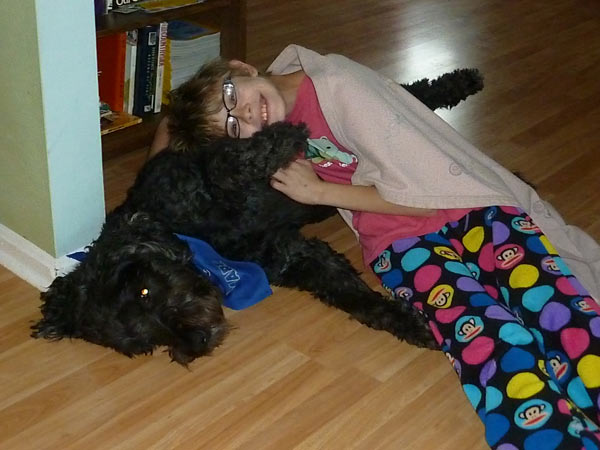 So Ashar (wearing her new pajama pants, which she loves), decided to cuddle him and be kind of a “Thundershirt” for him.

6. Ashar decided to bake some sugar cookies and decorate them with a fall theme. We did the “regular” type, but then we had a bunch of dough left, and she was just adamant that she wanted to make one big cookie.

I figured, hey, what’s the worst that can happen? (Lest you think I’m doing TOO good of a job in the homemaking department, it was only store-bought sugar cookie dough, so I figured if it didn’t work out, no huge loss.) 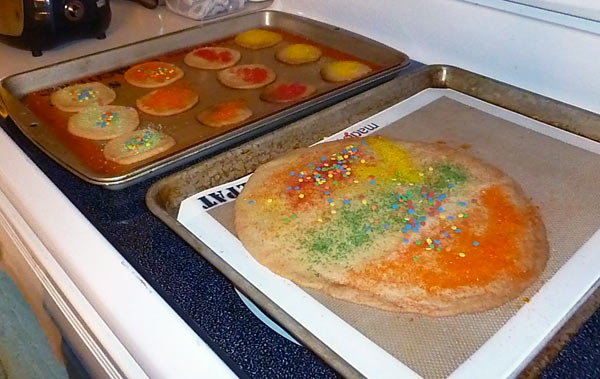 Here they are, in all their fall glory.(And they tasted pretty OK, too!)

7. Ashar has – and I can barely believe this – started to DO MATH FOR FUN.

This is big news. In addition to absolutely loving Life of Fred, and begging to do the rows of practice and the “Your Turn to Play” sections, she plays a ton of Moshi Multiply on Moshi Monsters, one of her favorite online games.

It’s basically a “times-tables drill,” and it’s scored based on how many problems you can get right in 30 seconds. Ashar has always struggled with timed tests (in a more complicated sense, that’s part of what led us down the path toward an Asperger’s diagnosis), so to see her able to get almost one per second right, well, that’s honestly amazing. 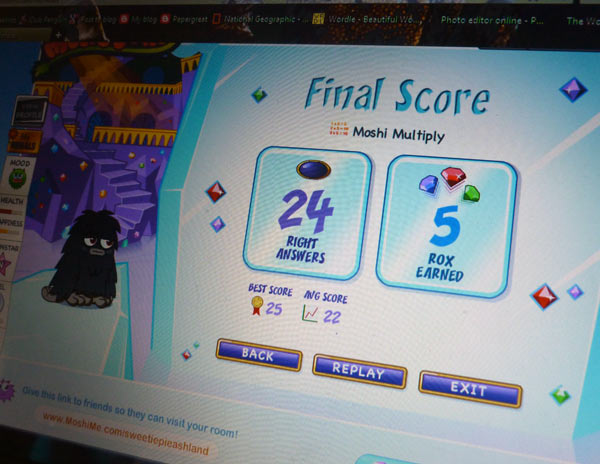 To me, that’s proof that our style of learning works. I love it.

So that’s a look at seven snippets from our unschooling life lately. What’s going on in your world?