As I’m writing this, our family is preparing to take a road trip to Pittsburgh for the weekend to attend Steel City Con, a comic-con event we’ve enjoyed a few times before. I kind of made a promise to myself that I didn’t want to go off having new unschooling adventures until I documented some of last month’s, so instead of packing, I’m sitting here writing this post! 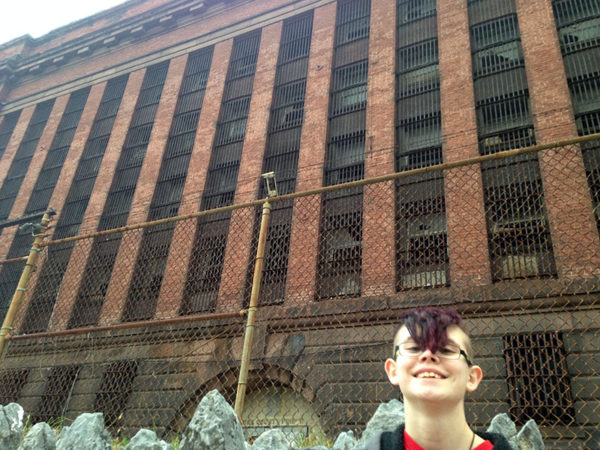 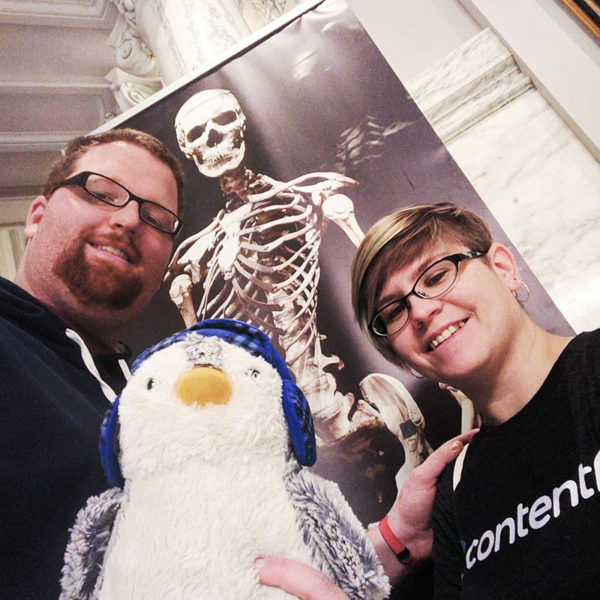 For my birthday, Kaitlyn took me (and Plaid Pengin) to the Mutter Museum in Philadelphia.

Ashar has this great little stuffed pengin wearing a blue coat named Pierre, who, of course, we’ve decided is French. So Ashar decided we should learn French. With Pierre.

We started doing DuoLingo French together and have been practicing a few times a week. We’re now 20% fluent, or so it proclaims!

We also looked into how to say words that weren’t included in DuoLingo. Like penguin. (Manchot – if you say pingouin, that means more of an auk.)

Another thing we got into was the kinds of food eaten in France.

But then we found out something amazing. There’s a book. About a penguin named Pierre. WHO HAS A COAT. Pierre the Penguin is a true story about a penguin at the California Academy of Sciences who had a molting problem and ended up getting a wetsuit so he could still swim. We checked it out of the library, and it was amazing! It’s designed for little kids, but we didn’t care. We held a dramatic reading for our Pierre Pengin. Then we looked up a bunch of articles online about the real Pierre, who sadly passed away earlier this year.

All thanks to a cute little stuffed penguin.

We have been running a semi-stealth Stuffed Penguin Giveaway Campaign under the name Pengins For Everyone.

Well, it’s less stealth now. As of late November/early December, we relaunched our website and reached 100 stuffed friends given away, both to people we know, people we don’t know, and organized programs like the Salvation Army’s Angel Tree and Toys for Tots.

If you or someone you know needs a pengin, check out the Pengins for Everyone website to request one. It’s free and there’s no catch. We’d love to get more of them into loving hands! 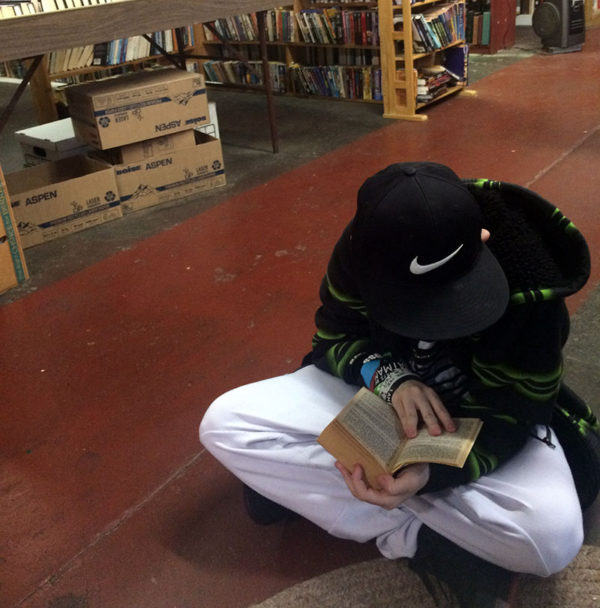 We took a family field trip to our favorite used bookstore, the York Emporium, and Ashar got caught up in Stephen King’s “The Dark Half.”

Disclosure: This post has some affiliate links. I only link to things we legitimately use and recommend, so if you see such a link, it's because we really do believe in the book or item!
The picture above sums up a lot of our book-time in the past month! After a used bookstore trip, Ashar dug into Stephen King’s The Dark Half, and for some lighter reading, she finished off Deadpool Vs. Gambit #4 and #5.

We also did a lot of reading online, AND we played our favorite game, Sort the Books, after our bookstore trip to get rid of books we no longer wanted to make room for the new acquisitions!

As part of that, we dug up a book called Volcanoes: Fire from the Earth, which we’ve had for a while, and Ashar and I started reading it together in a new Reading Cave she built in her room. (Photos of that, hopefully, coming next month!) 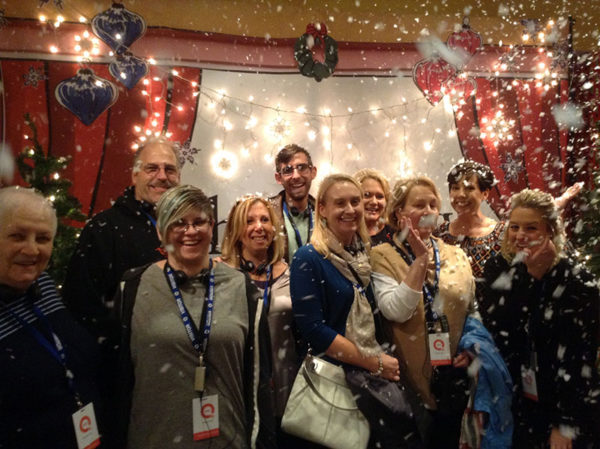 Mom and I (at left) toured the QVC Studios. It was a blast!

Here’s a look at some of what we watched this month: 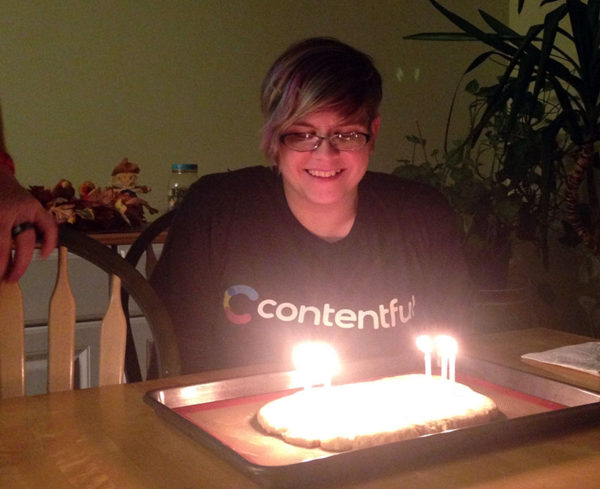 We continue our Wednesday night family game nights, and this month included something really cool and special: the debut of a family trivia game Chris and Ashar have been making for all of us to play.

They go to the library and pick topics and find facts on those topic, then write statements on index cards. When they get a bunch saved up, Mom, Kaitlyn and I take turns having them read one of the statements to us, and we have to say whether it’s true or false. If you’re right, you get a point; if it’s false and you can say what would make it true, you get another point.

Facts have included topics from the English monarchy to zombie ants to lampreys to Puritans to mosquito-borne diseases. It’s super fun and it’s been cool to see the things Ashar has been interested in including!

Ashar and I have also been challenging each other at QuizUp, and she’s been playing a lot of MLB 16: The Show and Destiny. 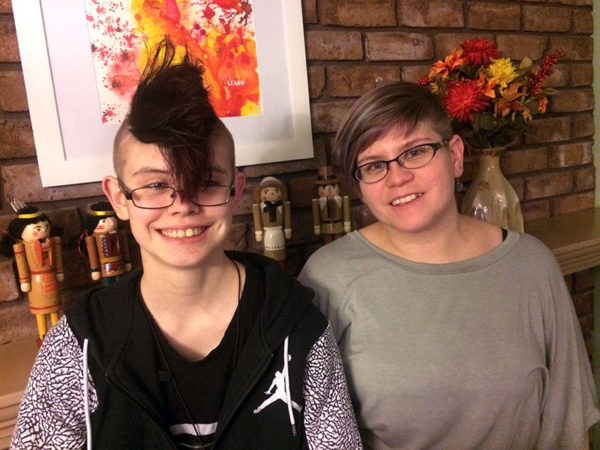 New hair colors and cuts for Ashar and I this month!

Pokemon Go: This continues to be a ton of fun, especially for Sarah. She and Chris took a three-mile walk through York City looking for them, and that’s where the nice prison photo at the top of this post came from.

4-H: Exciting news: Ashar was named the president of the York County 4-H Alpaca Club for the year ahead! She was so excited and gave an acceptance speech that included the phrase “I didn’t expect to actually win!” A new club formed that she’s a part of, too, a dog group called the Clover Canines.

National news: Ashar has always been interested in current events, politics and things like that, so of course November was a huge month for that. Besides the obvious drama of the election (and she stayed up until the race was called; I went to bed!), she and Chris also spent a bunch of time talking about the Trump cabinet possibilities, the big Thanksgiving Day dog show, Pearl Harbor, Fidel Castro’s death and the history of Cuba, the possibility of election recounts and a bunch more.

Rabbit trails: I truly don’t remember how it started, but somehow we spent one evening researching currency exchange rates, which led to us looking into Brazil’s Effigy of the Republic on their currency, which somehow led us to talk about how all oceans are really one big ocean, and then we talked about the zones of the ocean, and what it would take to walk from North America to South America…

Morse Code mystery: Ashar and Chris had a bunch of fun with a Morse Code mystery from an old postcard he had. You can read more about those adventures here, including how Ashar helped decode a century-old mystery!

Words of the Day: About two years ago, Ashar started a Word of the Day project, where she takes a word, comes up with some cool facts about it, translates it into other languages, finds a quote using it, and makes all this into a poster that hangs on our fridge til the next word comes along. We’d taken a break earlier this year, but in November, Ashar picked it back up and that led to a mind-bending experiment with Mad Libs. 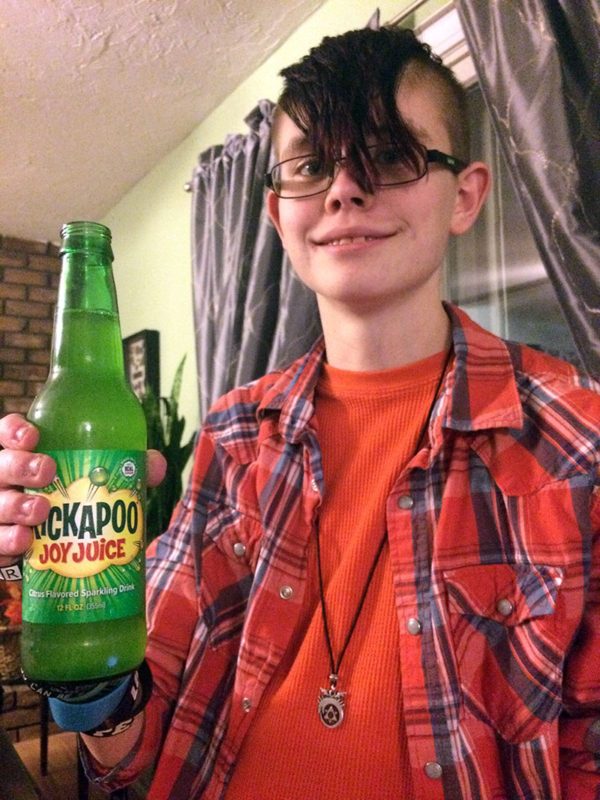 We had our family Thanksgiving dinner at Cracker Barrel, and while we were there, Ashar spotted this cool bottle of old-fashioned soda called Kickapoo Joy Juice that she wanted to try.