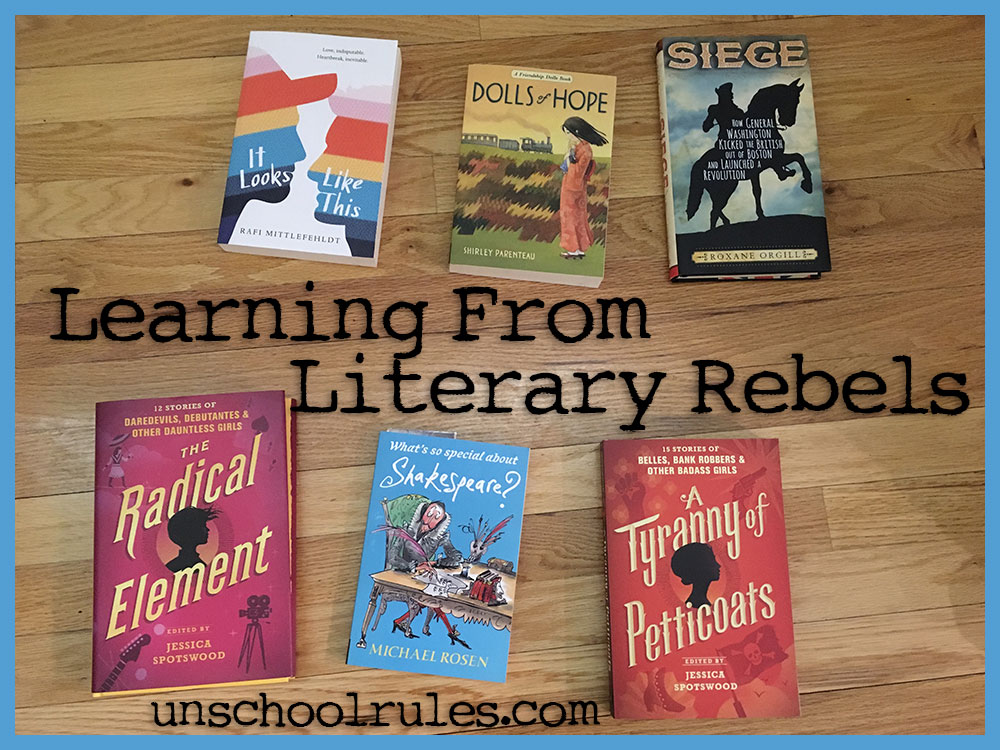 “It’s better to stand out in a crowd than blend in.” That’s the caption my 18-year-old daughter, Ashar, put on one of her Instagram stories recently, along with a note that said “I will never stop being myself.” I cannot think of anything that would make me prouder as a parent than having a teenager who knows their worth and realizes that they are exactly perfect just as they are.

Disclosure: In exchange for the honest review of our experience which appears in this post, our family received several books from Candlewick Press for free. We were compensated for our time completing the review, but we’ve easily spent quadruple that time with these books already because we like them so much!

I give Ashar a ton of credit for being her own person, but I also know it’s not an accident. The choices I’ve made as a parent – especially as a homeschooling parent – have definitely helped to shape her perspective.

In our family, we try to celebrate the rebels, the oddballs, the unique. We watch movies and read books and talk about people who dare to be different – whether that’s women throughout history, innovators like Shakespeare and Leonardo da Vinci, or people who don’t fit into the majority because of their race, ethnicity, sexual orientation or political views.

One of the coolest things we do is keep a fully stocked “book basket” on our coffee table with things all of us can pick up and browse, and we definitely try to use that space to reflect literary rebels, both factual and fictional. Recently, I added a big collection of books from Candlewick Press and they’ve been amazing! You could use these as the basis of a unit study – either on one particular person or group of people, or overall to talk about being a rebel!

If you’ve been following Unschool Rules for any time, you probably know how much Ashar is into history.

She’s obsessed with Shakespeare, and thanks to falling in love with the Hamilton soundtrack, fascinated by the Revolutionary War. The following books have been very cool ways to learn more about those topics:

What’s So Special About Shakespeare? by Michael Rosen

This is a great book that’s shown us a lot we didn’t know about Shakespeare. Ashar and I are actually reading it aloud together (yes, family read-alouds can still be AWESOME when you have teens!) and have learned a bunch – including how Shakespeare sort of stole a theater, that he has no direct living descendants, and how he uses language tricks to make specific points. It’s an easy read, probably designed more for middle grades than high school, but still interesting even at Ashar’s age (and mine)!

Some of the cool things to talk about: 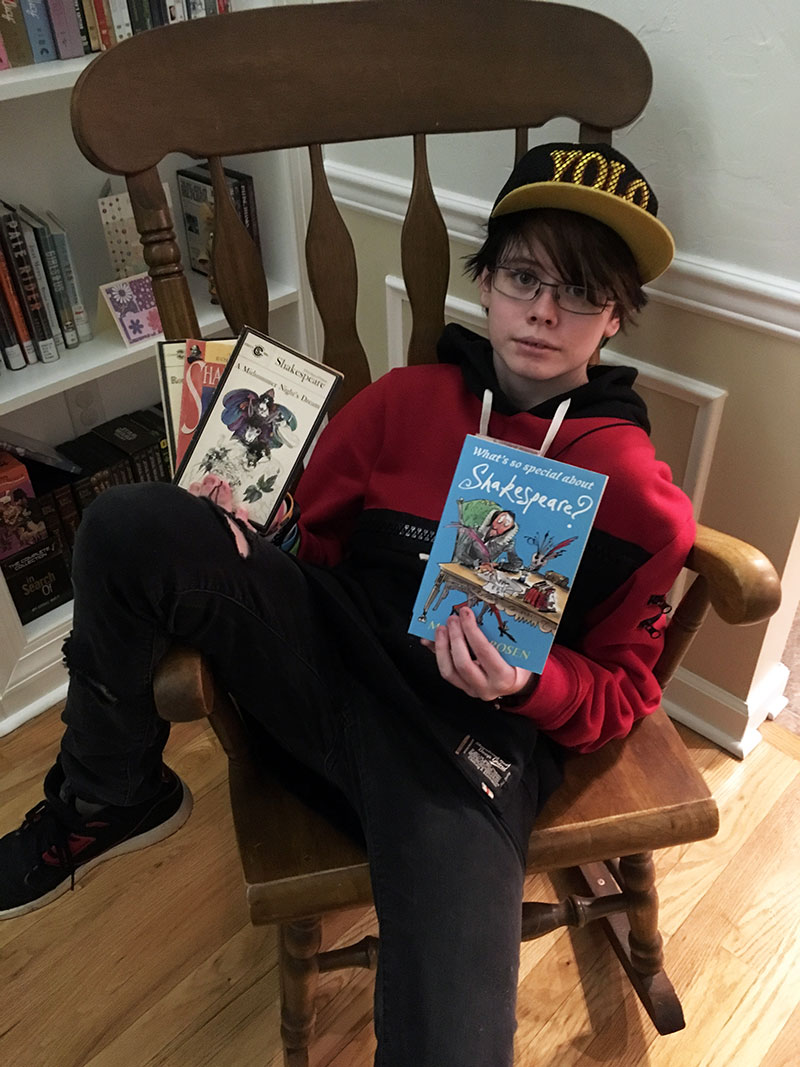 Siege: How General Washington Kicked the British Out of Boston and Launched a Revolution by Roxane Orgill

The Revolutionary War, told as a series of poems? OK, I’m enough of a lit nerd to think that’s pretty cool, but I wasn’t sure Ashar would love it, given her general “just the facts” mentality. But we ended up having a great time and coming up with some great conversation points. 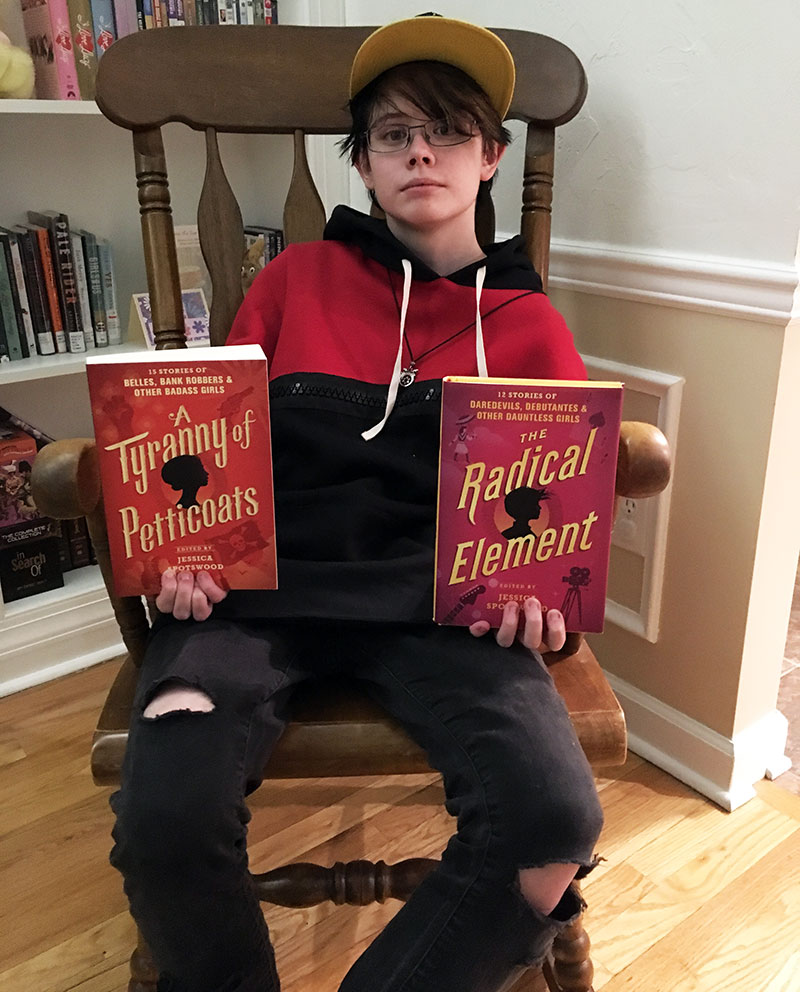 I get the idea from talking with other homeschooling parents that most of us are pretty confident about the idea of learning from books about real people – I even have a whole post on homeschooling with biographies that delves into that.

But there is so much to learn from fictional characters as well, and I think we forget that sometimes. These books might not be 100% true, but there are DEFINITELY opportunities in them to talk about people who dared to be different – fictional literary rebels, as it were.

A Tyranny of Petticoats: 15 Stories of Belles, Bank Robbers and Other Badass Girls and The Radical Element: 12 Stories of Daredevils, Debutantes & Other Dauntless Girls, both edited by Jessica Spotswood

These anthologies are absolutely full of great stuff. In the preface to each, Jessica Spotswood describes working with contributing authors to tell stories featuring women and girls who were on the fringes of society, or radical for their place and time.

My favorite was the opening story in The Radical Element, about a Jewish woman in the 1800s who wants to read the Talmud for herself, which was crazy controversial at the time. There are also stories about women of color, queer women, women who want to vote, women who want to work outside the home, and more.

We had some great conversations about women’s rights thanks to these books, and Ashar showed me these amazing Instagram posts from Danai Gurira, who plays Michonne on The Walking Dead and who starred in Black Panther, who talks about how great it is that men are starting to speak out about women’s rights:

It gives me some hope that we are starting to hear more and more men speaking out in favor of gender equality, standing up for the rights of women, and acknowledging female contributions to society. In our Women’s History Month-themed #LoveOurGirls newsletter, #RyanCoogler, @PaulBettany and others reflect on the historical female figures that most inspire them. Link in the bio.

The struggle for gender equality cannot succeed without the participation of men. This #WomensHistoryMonth I wanted to give the floor to men who wished to share who their favorite women in history are, and why. Let’s celebrate some of the women whose powerful legacies have affected the lives of men across the globe, and across time. Read more in our March #LoveOurGirls newsletter which is now live. Link is in the bio.

We talked about a ton of other issues thanks to these books, including:

This amazingly-told story follows Mike, a high school freshman who moves to a new state with his family, including his domineering father. Dad wants Mike to stop being into art, to attend church regularly, to get into sports… and definitely (spoiler alert) NOT to be gay. But when Mike meets and falls for Sean, he realizes that being different in his suburban community can become pretty dangerous, eventually leading to him getting sent to a camp that attempts to convince him that being gay is wrong. (This reminded us of a Star Trek: The Next Generation episode called The Outcast, where a character is sent for “re-conditioning” because of gender preference.)

Some of the many things we talked about from this book:

Dolls of Hope by Shirley Parenteau

This fictional story is based on the real-life friendship doll project, a program designed to ease cultural tensions between Japan and the U.S. in the late 1920s, following World War I. U.S. schoolkids sent 12,000 dolls to Japan, and this book explores the story of one young Japanese girl, Chiyo Tamura, who is chosen to be a protector of one of those dolls, and to help craft one of the 58 dolls Japan would go on to send back to the United States. It’s an incredible elementary or middle-grade read that gives a lot of background into the Japanese culture.

Some of the things we talked about from this book:

Get Your Own Great Books About Rebels

If you order these or any other books from Candlewick Press online, use discount code CANDLEWICK at checkout for 25% off!

Also, Candlewick Press is giving 30 winners a paperback copy of Judy Moody #1. You must be a U.S. or Canadian resident to enter, and the giveaway closes at 11 p.m. April 18!

2 thoughts on “Dare to be different: Homeschool learning from literary rebels throughout history”